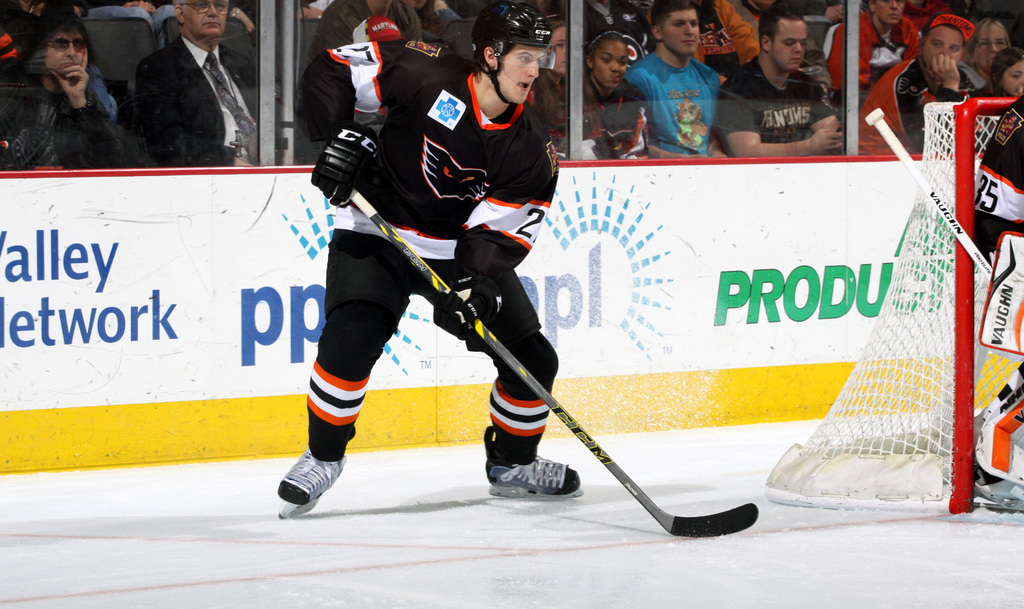 Lehigh Valley, PA – The Lehigh Valley Phantoms, proud AHL affiliate of the Philadelphia Flyers, have returned on loan defenseman Adam Comrie to the Reading Royals of the ECHL. Meanwhile, the Flyers have reassigned forward Andrew Johnston from Lehigh Valley to Reading. Both players will be available for the Royals in the 2015 Kelly Cup Playoffs. 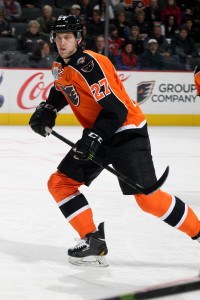 A 23-year-old forward from Saskatoon, Saskatchewan, Johnston was reassigned to the Phantoms on March 31st and tallied one assist in six games. All told, the 6’1″, 178-pound center has recorded one assist and two penalty minutes in 14 total games with Lehigh Valley this year. In 42 games with the Royals this season, Johnston has amassed six goals, 14 assists, 20 points and 42 penalty minutes.

The Phantoms conclude their four-game home stand tomorrow, April 14th when they welcome the rival Hershey Bears to town for the final time this season. A limited number of tickets for tomorrow’s rivalry showdown are available now at pplcenter.com, by calling 610-347-TIXX (8499) or in-person at the Mealey’s Furniture Box Office at PPL Center (701 Hamilton).