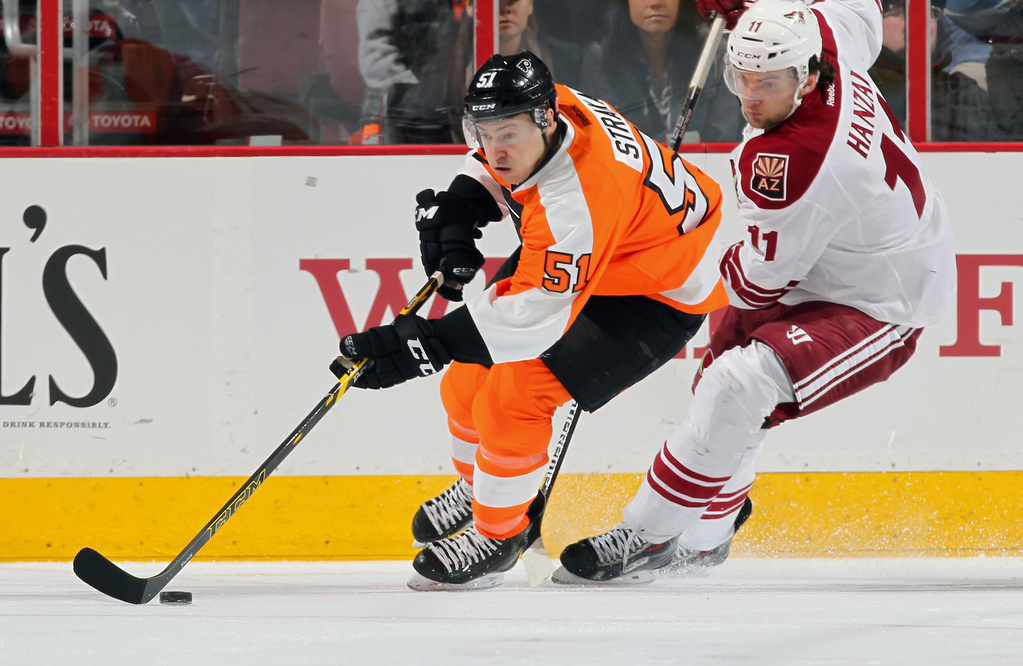 Lehigh Valley, PA – The Philadelphia Flyers, parent club of the Lehigh Valley Phantoms, have returned on loan forward Petr Straka to the Phantoms. 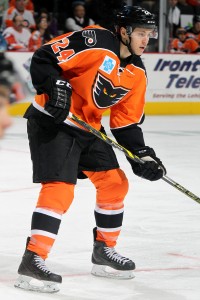 A 22-year-old winger from Plzen, Czech Republic, Straka was recalled by Philadelphia earlier this week and made his NHL debut on Tuesday in a 4-3 shootout victory over the Arizona Coyotes. He then produced his first career NHL point with the primary assist on the game-winning goal in the Flyers’ 5-2 triumph over the Winnipeg Jets on Thursday before notching another helper in last night’s 1-0 win over the Toronto Maple Leafs.

In 39 games with Lehigh Valley this season, the 6’1″, 185-pound winger has amassed 11 goals, six assists and 17 total points. He’s tied for third among all Phantoms in goals and returns to Lehigh Valley in the midst of a three-game goal-scoring streak.

In his second professional season, Straka spent last year with the Adirondack Phantoms where he compiled nine goals, 18 assists and 27 points. Before kick starting his professional career, he spent four years in the Quebec Major Junior Hockey League from 2009 to 2013 where he amassed 97 goals, 111 assists and 208 points in 212 games between Rimouski Oceanic and Baie-Comeau Drakkar. Straka was originally a second-round selection (55th overall) by the Columbus Blue Jackets in the 2010 NHL Entry Draft.