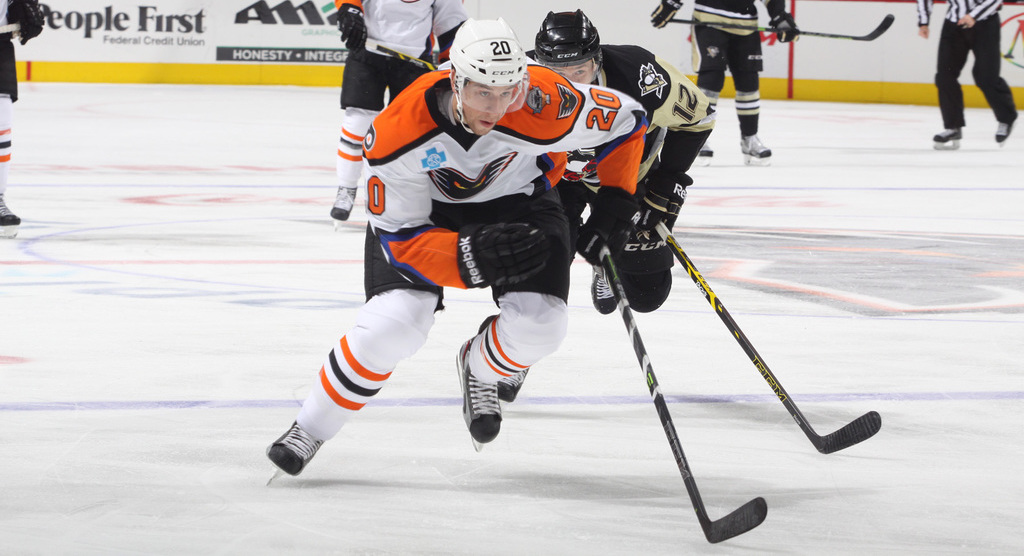 Lehigh Valley, PA – The Philadelphia Flyers, parent club of the Lehigh Valley Phantoms, have reassigned defenseman Maxim Lamarche from the Reading Royals of the ECHL to the Phantoms. 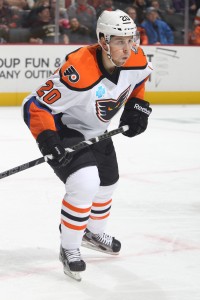 A 22-year-old blueliner from Laval, Quebec, Lamarche is in the midst of his second professional season and has compiled seven goals, 18 assists, 25 points and a plus-24 rating in 51 games with the Royals this season. He also spent three games with Lehigh Valley from October 29 to November 6 earlier this year during which he registered an assist and two penalty minutes.

A 6’3″, 218-pound defender, Lamarche spent 12 games last season with the Adirondack Phantoms where he notched an assist and seven penalty minutes. He also appeared in 50 games with the Elmira Jackals of the ECHL a year ago during which he amassed three goals, five assists, eight points and 38 penalty minutes.

The Phantoms kick off a five-game road trip this Wednesday, March 11th when Lehigh Valley heads to Toronto to battle the Marlies. From there, the Phantoms grapple with the Providence Bruins on Friday, March 13th, the Bridgeport Sound Tigers on Saturday, March 14th and the Hartford Wolf Pack on Friday, March 20th before wrapping up the five-game road swing on Saturday, March 21st at the Worcester Sharks. Be sure to catch each of Lehigh Valley’s next five games on Fox 1470 AM, online at fox1470.com or via the iHeartRadio app. Coverage begins 45 minutes before puck drop with the Nazareth Pallet Countdown to Faceoff.