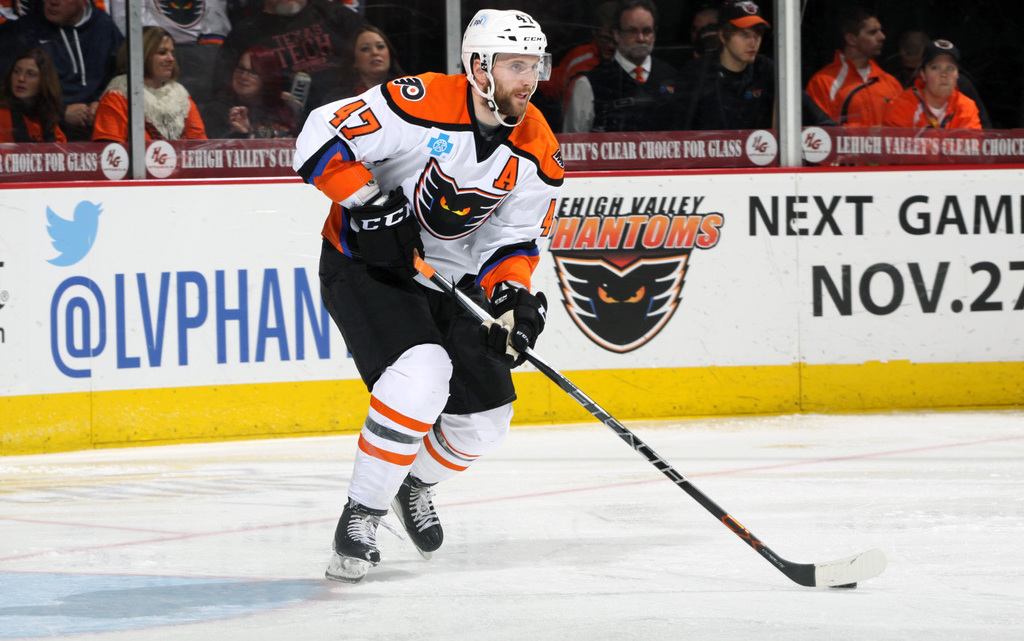 Lehigh Valley, PA – The Philadelphia Flyers, parent club of the Lehigh Valley Phantoms, have returned on loan defenseman Andrew MacDonald to the Phantoms. 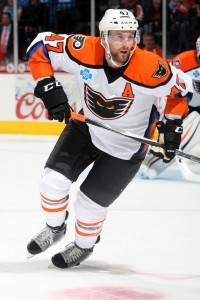 A 29-year-old defender from Judique, Nova Scotia, MacDonald returns as Lehigh Valley’s highest-scoring blueliner having amassed 13 points (goal, 12 assists) through 23 games this season. In the midst of his ninth professional campaign, the 6’1″, 204-pound defender was recalled by the Flyers on Monday and played nearly 20 minutes in Philadelphia’s 4-3 shootout loss to the New York Islanders on Tuesday. MacDonald has now skated in 373 career NHL games and has compiled 19 goals, 86 assists and 105 points during that time.

The Phantoms are back in action at PPL Center tonight as they welcome the Springfield Falcons for the team’s annual Teddy Bear Toss presented by Dan’s Camera City. Fans are encouraged to bring new teddy bears or stuffed animals to the game and throw them on the ice when the Phantoms score their first goal. All bears and stuffed animals will then be donated to Valley Youth House to be distributed to children across the Lehigh Valley. Fans are then encouraged to stick around after the game for a Post-Game Skate with Phantoms players presented by Big Woody’s Sports Bar & Restaurant. Bring your skates to the game and hit the ice with your favorite Phantoms players shortly after the conclusion of tonight’s game. Tickets for tonight’s game, along with each of the Phantoms’ 25 remaining home games, are currently available by logging on to pplcenter.com, by calling 610-347-TIXX [8499] or by visiting the Mealey’s Furniture Box Office at PPL Center (701 Hamilton).