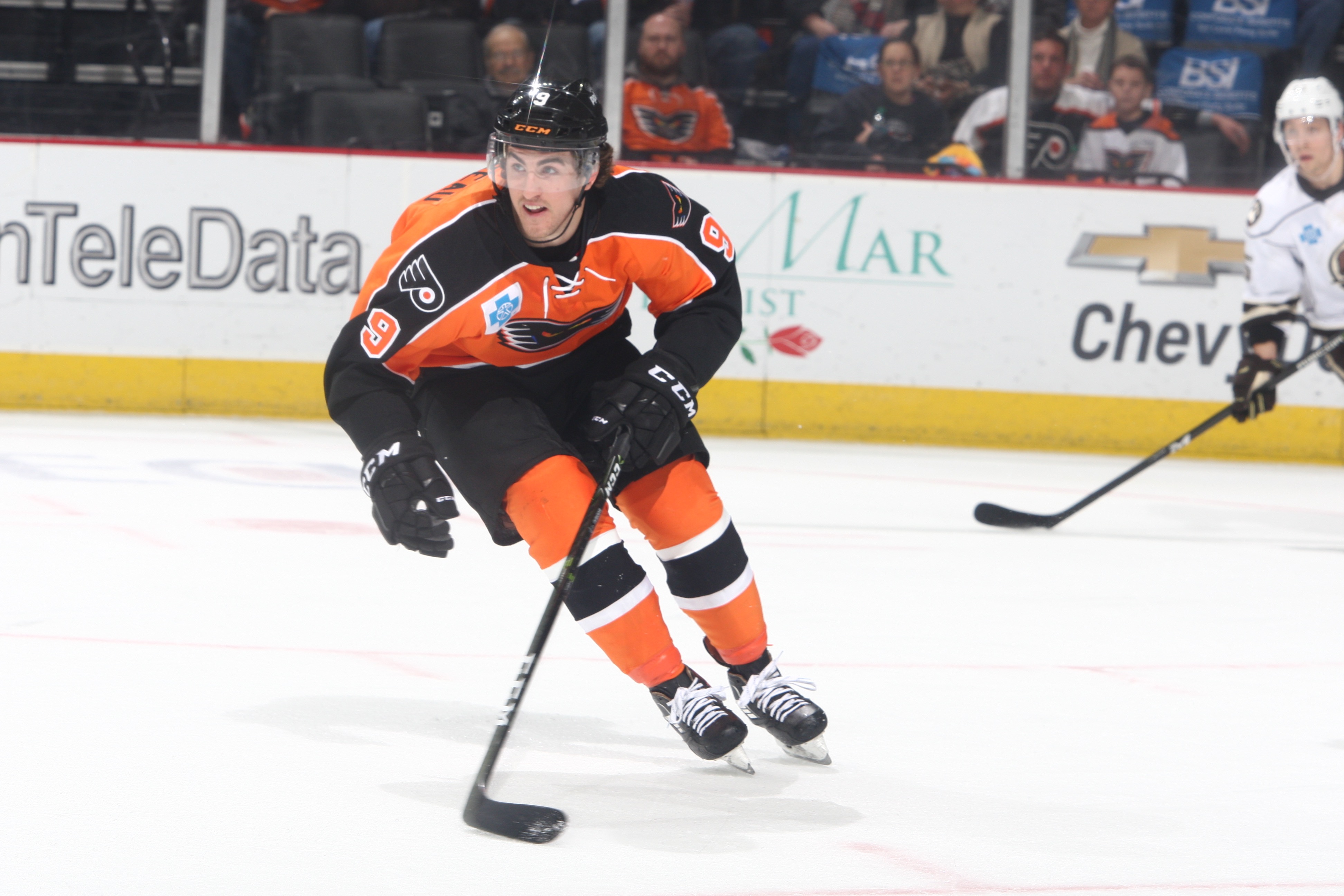 Lehigh Valley, PA – Corban Knight notched two goals and an assist, Travis Sanheim landed a goal and an assist and Alex Lyon turned aside 30 of 31 total shots as the Lehigh Valley Phantoms earned a convincing 5-1 victory over the rival Hershey Bears Friday evening in front of 8,442 fans inside PPL Center. 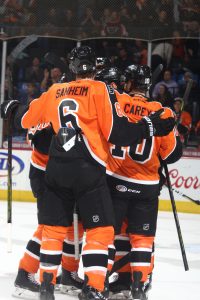 With the win, the Phantoms improved to 29-14-3-3 overall this season as Lehigh Valley earned its eighth win over the last 11 games (8-2-1). Friday’s victory also pushed the team’s home point streak to seven straight games (6-0-1) as Lehigh Valley now holds the most standings points (64) in the tightly-contested Atlantic Division.

The Phantoms are now 8-2 against their in-state rivals this season and a perfect 5-0 in games played at PPL Center. In fact, Lehigh Valley has now outscored Hershey 26-10 in five head-to-head collisions in downtown Allentown this season.

Nic Aube-Kubel (14th) and Chris Conner (12th) also found the back of the net for Lehigh Valley Friday evening as the Phantoms skated in front of their ninth standing room-only sellout crowd this year.

Knight’s impressive evening marked his 10th multi-point outing of the season and his second in as many nights as the 27-year-old center has notched five points (2 goals, 3 assists) in two outings this week after missing the previous 11 games due to injury.

Forward Cole Bardreau also contributed a multi-point outing on Friday as he chipped in a pair of assists for his third multi-point effort of the season. 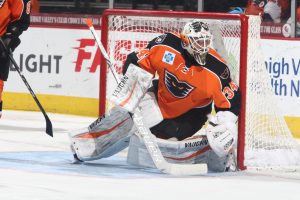 Lyon continued his stellar play between the pipes in earning his sixth straight win as he improved to 15-8-2 overall this season after an impressive 30-save performance. Over the last six outings, the second-year netminder has allowed just nine total goals (1.52 goals-against average) while posting a stunning 0.951 save percentage.

The Phantoms broke the scoreless deadlock in the dying moments of the opening period when Knight slipped a pass to the top of the goal crease that was expertly backhanded in with one hand by Aube-Kubel for his 14th goal of the season. Knight and Sanheim assisted on the even-strength strike notched 19:54 into the first frame as Lehigh Valley improved to 16-3-2-1 when scoring first this year.

The Phantoms doubled their lead just over five minutes into the second period when, while on the power play, Sanheim unleashed a slap shot from the high slot that eluded Hershey netminder Vitek Vanecek for his first goal of the year. Greg Carey and Phil Varone assisted on the man-advantage marker poured in 5:36 into the middle stanza.

Lehigh Valley then swelled its advantage to a 4-0 edge thanks to a pair of goals just over two minutes apart. First, Bardreau forced a Vanecek giveaway below the goal line before feeding a wide-open Knight who promptly converted his eighth goal of the season. Reece Willcox grabbed the secondary assist on the five-on-five conversion tallied 7:07 into the second period. Then, just prior to the midway point of the contest, Conner darted out on a breakaway before sending home his 12th goal of the year. Will O’Neill garnered the only assist on the even-strength strike buried 9:29 into the middle frame, which marked the end of Vanecek’s evening after 12 saves on 16 Lehigh Valley shots on goal. 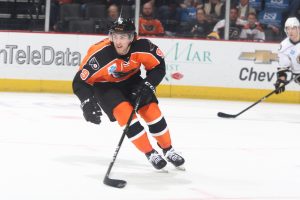 The Phantoms capped their explosive second period with just under three minutes left in the frame when Colin McDonald slipped a beautiful pass from the backside of the goal to the side of the crease when Knight jammed home his second goal of the game and ninth tally of the year. Bardreau earned the secondary helper on the five-on-five conversion generated 17:07 into the period, which capped one of the most productive offensive periods Lehigh Valley has enjoyed this season. In fact, the only other time the Phantoms produced four goals in a single period was back on October 7 when Lehigh Valley poured in four markers in the third period as part of a 7-2 triumph over the Bears.

Hershey made its lone dent on the score sheet just past the midway point of the third period when Dustin Gazley landed his sixth goal of the season. Colby Williams and Travis Boyd assisted on the five-on-five conversion posted 11:14 into the final frame of regulation.

The Phantoms cap this week’s action on Saturday when they welcome the Rochester Americans, AHL affiliate of the Buffalo Sabres, to PPL Center for the first and only time this season. A limited number of tickets remain for Saturday’s game and are available HERE.