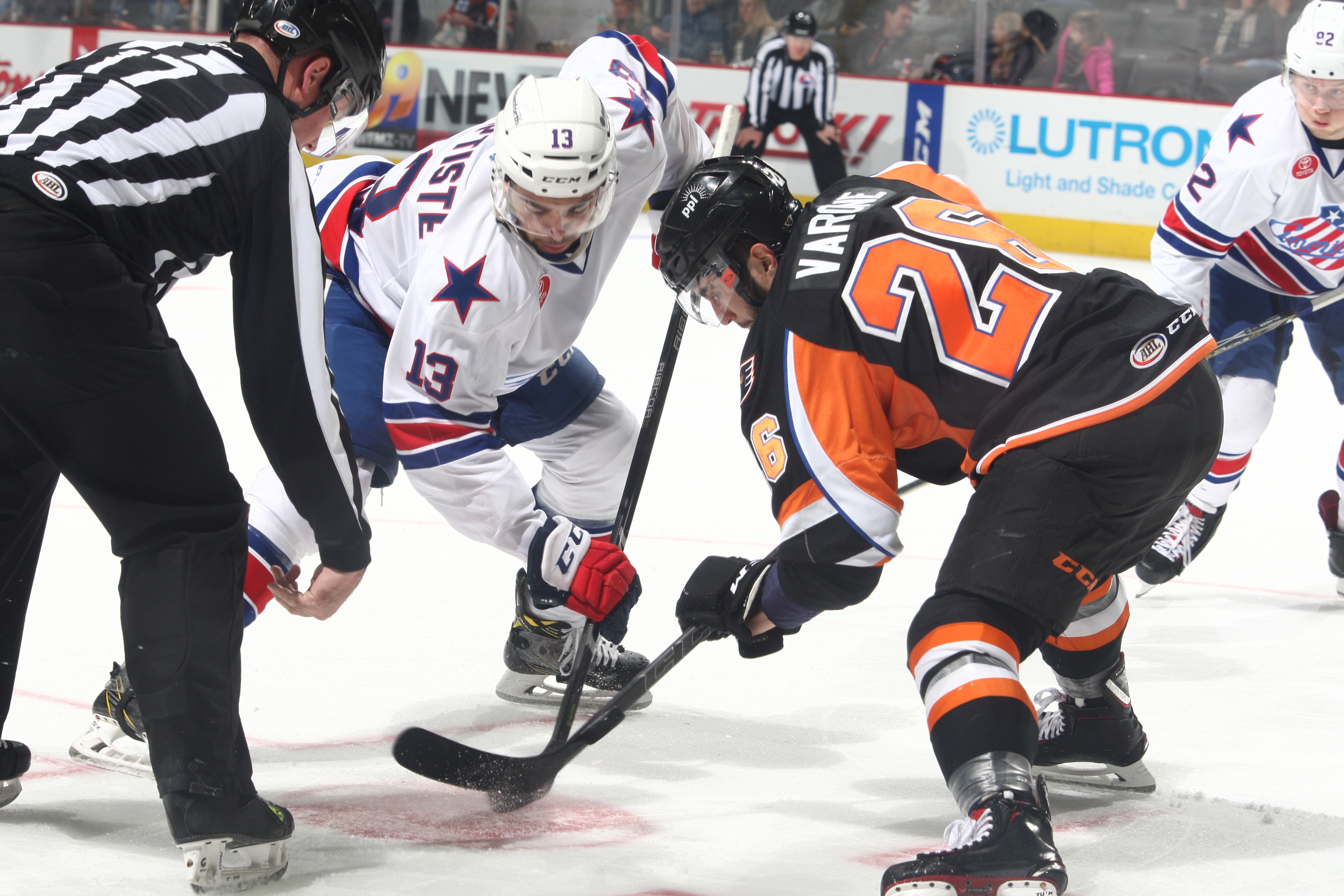 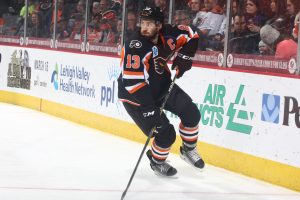 With the win, the Phantoms improved to 30-14-3-3 overall this season as Lehigh Valley remained red hot in claiming its ninth win over the team’s last 12 outings (9-2-1). With Saturday’s triumph, the Phantoms became the first team in the Atlantic Division to reach the 30-win mark as Lehigh Valley continues to lead the tightly-contested Atlantic Division in standings points (66).

What’s more, the Phantoms have now earned standings points in eight straight home outings (7-0-1) as Lehigh Valley improved to an impressive 17-5-3-1 in games played at PPL Center this season.

Greg Carey (21st), T.J. Brennan (11th), Mikhail Vorobyev (5th), Colin McDonald (4th) and Cole Bardreau (4th) provided the offense for the Phantoms on Saturday in front of goaltender Dustin Tokarski who earned the victory between the pipes after turning aside 24 of Rochester’s 27 total shots. With the win, Tokarski improved to 12-5-4 overall this season. 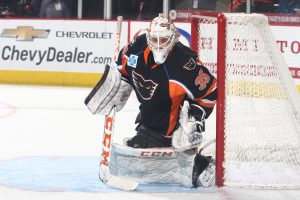 With his conversion Saturday, Carey moved into a tie for fifth among all AHL skaters in goals scored this season. What’s more, forward Phil Varone collected another point (assist) Saturday as he moved into sole possession of second place among all AHLers in total scoring with 47 points (11 goals, 36 assists).

Carey and McDonald both converted on the power play as Lehigh Valley turned in a 2-for-4 performance on the man-advantage. Saturday’s outing marked the seventh time this season the Phantoms have tallied multiple power play markers in a single game.

Second-year defenseman Travis Sanheim also enjoyed a career night as he notched his first career three-point game as he posted three assists in the triumph. 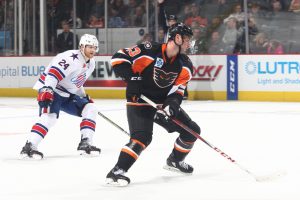 The Phantoms opened the scoring just before the close of the first period when a brilliant cross-ice pass by Corban Knight connected with a streaking Brennan down the left wing who deftly snapped home his 11th goal of the season. Knight and Radel Fazleev assisted on the even-strength strike netted 18:02 into the opening frame as Lehigh Valley claimed the game’s first goal for the third time in as many games this week.

The Phantoms then stretched their lead to a 3-0 advantage thanks to a pair of second period power play conversions. First, with Rochester’s Stuart Percy in the penalty box for tripping, Phil Varone fed a brilliant pass through traffic to the right wing for Carey who promptly hammered in his team-leading 21st tally of the year. Sanheim garnered the secondary assist on the man-advantage marker netted 12:12 into the middle stanza. Then, less than three minutes later and with Taylor Fedun off for delay of game, McDonald blasted home a one-timer from the bottom of the left wing faceoff circle for his fourth goal of the season and second conversion this week. Mikhail Vorobyev and Sanheim grabbed assists on the power play strike landed 14:49 into the second period.

The Americans sliced into Lehigh Valley’s lead just over six minutes into the third period when a touch pass by Kyle Criscuolo set up Matt Tennyson in the slot who quickly snapped home his second goal of the season. Seth Griffith collected the second assist on the five-on-five tally notched 6:16 into the final period of regulation.

The Phantoms bounced right back though and re-established their three-goal lead just over two minutes later when Mikhail Vorobyev won a battle for a loose puck atop the Rochester goal crease before slamming home his fifth goal of the year. Oskar Lindblom garnered the only assist on the even-strength goal poured in 8:36 into the third period. 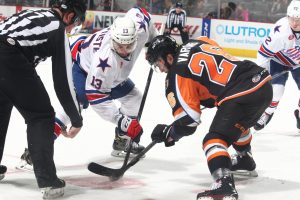 Rochester made things interesting with a pair of goals less than three minutes apart from Sahir Gill (14th) and Zach Redmond (9th) but the Phantoms put the game away when Bardreau converted a breakaway for his fourth goal of the season. Sanheim and Tokarski assisted on the insurance marker buried 17:39 into the third period.

The Phantoms are back in action this Tuesday, February 13 when the team heads up to Bridgeport for a 7:00 p.m. showdown with the Sound Tigers.