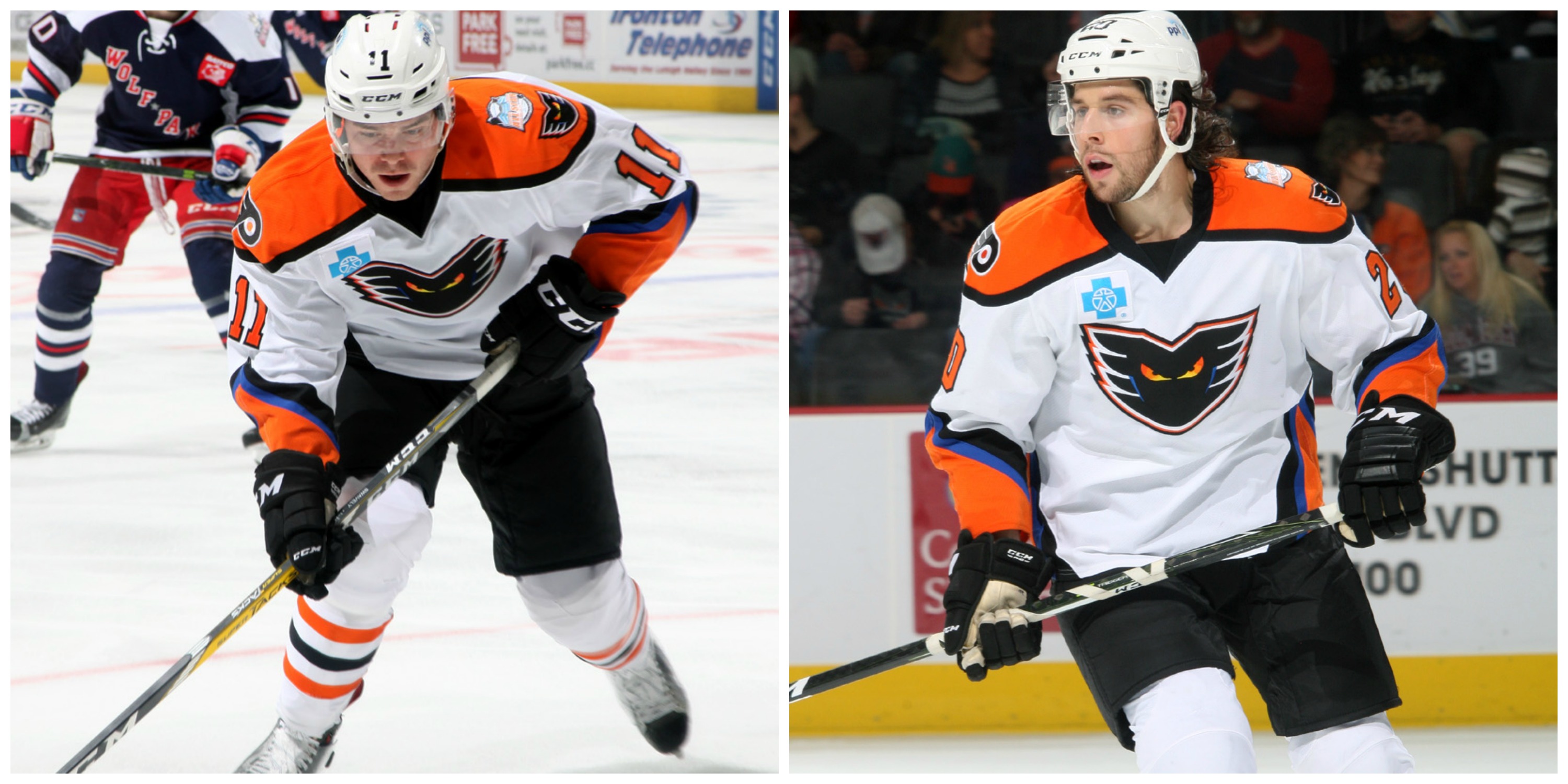 Lehigh Valley, Pa. – The Lehigh Valley Phantoms, proud AHL affiliate of the Philadelphia Flyers, have returned on loan forward Steven Swavely and defenseman Maxim Lamarche to the Reading Royals of the ECHL. 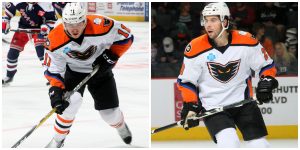 A 25-year-old forward from Reading, Pennsylvania, Swavely is currently in his first full professional season and has appeared in 10 games with the Phantoms this season. Meanwhile, in 16 games with the Royals earlier this season, he compiled six goals, nine assists and 15 total points.

A 24-year-old defenseman from Laval, Quebec, Lamarche is in the midst of his fourth professional campaign and has recorded two goals, four assists and six points in 13 games with Lehigh Valley this year. In 142 career ECHL outings, he’s tallied 17 goals, 37 assists and 54 total points in time with the Royals and Elmira Jackals.

Lehigh Valley is back in action this Friday, January 6 when the team heads to Hartford for a 7:15 p.m. showdown with the Wolf Pack.

The Phantoms then return to PPL Center for a pair of games this weekend. First, on Saturday, January 7, it’s Girl Scout Night in downtown Allentown as the Albany Devils, AHL affiliate of the New Jersey Devils, come to town for the first and only time this season. Then, on Sunday, January 8, it’s Star Wars Night at PPL Center as the Utica Comets, AHL affiliate of the Vancouver Canucks, make their first visit to Lehigh Valley this season.

A limited number of tickets for both games are available now and can be purchased HERE.