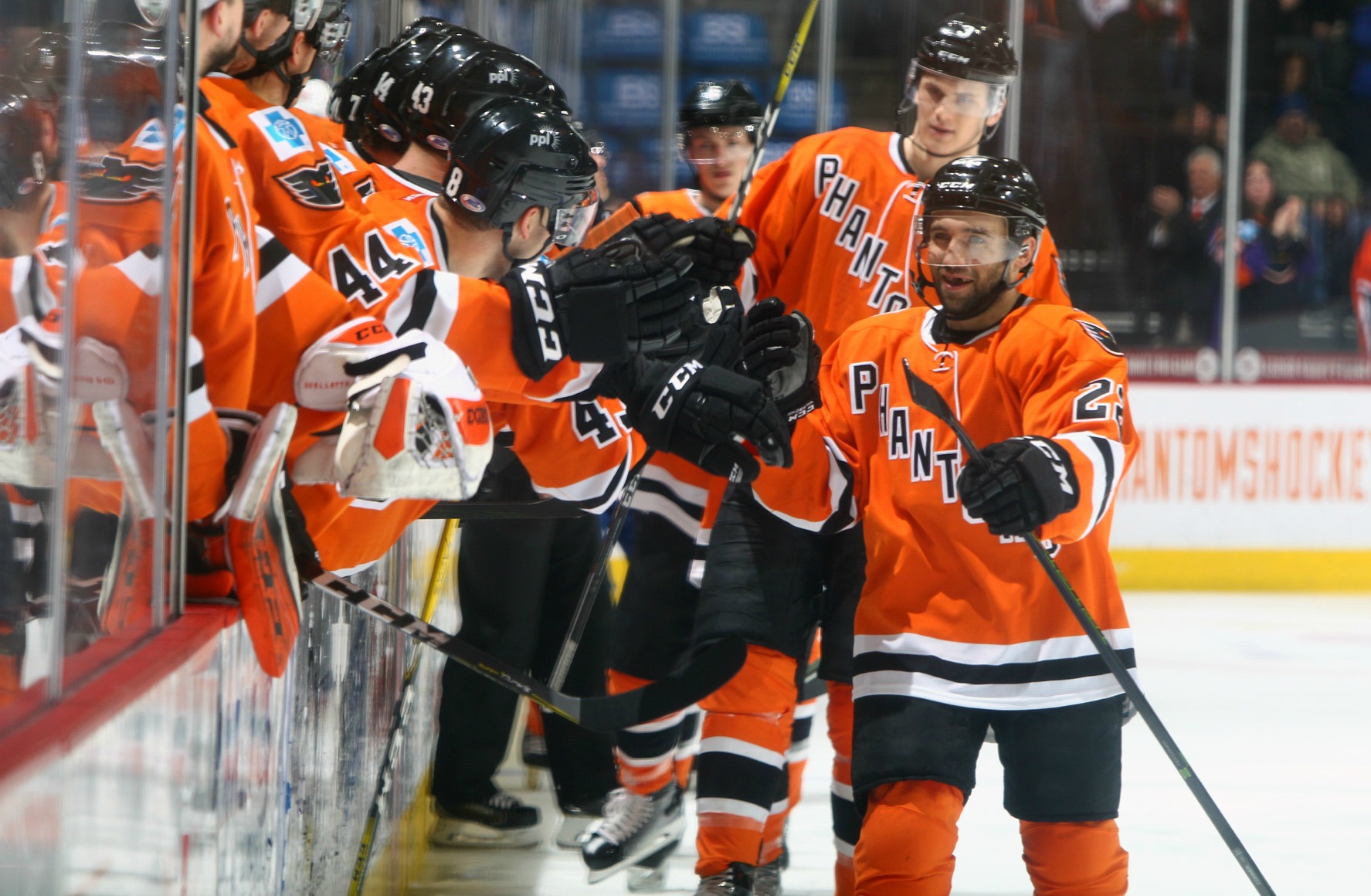 Winners of six of their last eight games, the red-hot Lehigh Valley Phantoms (21-8-2, 44 pts., 2nd Atlantic Division) will open the calendar year of 2017 with three games this week, including a pair of showdowns this Saturday and Sunday at PPL Center. The Phantoms are currently tied with the Wilkes-Barre/Scranton Penguins for the AHL lead with 21 total wins and boast the third-most standings points in the 30-team AHL (44). 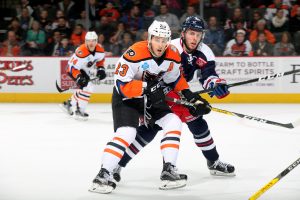 Lehigh Valley returns to action this Friday, January 6 when it heads up to Hartford for a 7:15 p.m. clash with the Wolf Pack. Hartford (11-17-4, 26 pts., 7th Atlantic Division) saw its four-game winning streak come to an end last week as the Wolf Pack dropped three straight contests to close 2016. After a 5-2 victory over the Bridgeport Sound Tigers last Monday pushed Hartford’s winning streak to a season-high four games, the Wolf Pack quickly saw that streak snapped after a 3-2 loss at home on Tuesday to the Providence Bruins. From there, Hartford was handed a 3-2 defeat by the Springfield Thunderbirds on Saturday followed by a 3-1 loss at home to the Albany Devils on Sunday to close the busy four-game week. 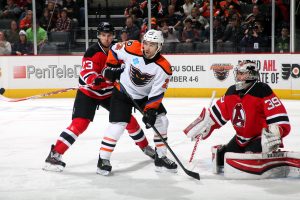 The Phantoms then hit the ice at PPL Center for the first time in 2017 on Saturday, January 7 when they welcome the Albany Devils, AHL affiliate of the New Jersey Devils, to downtown Allentown for the first and only time this season. Albany (19-13-1, 39 pts., 2nd North Division) won three of its four games last week and enters the week having claimed six of its last eight outings overall. After a 4-2 setback to the Providence Bruins last Monday, the Devils rattled off consecutive victories over the Toronto Marlies, Hartford and Bridgeport in the span of just three days.

Saturday’s game, which is Girl Scout Night at PPL Center, will mark the first of just two total meetings this season between Lehigh Valley and Albany with the Eastern Conference foes set to close their regular season series at Times Union Center in Albany on Friday, February 3.

A limited number of tickets remain for Saturday’s game and can be purchased online HERE.

The Phantoms then close this week’s action on Sunday, January 8 when they host the Utica Comets, AHL affiliate of the Vancouver Canucks, in a 5:05 p.m. showdown at PPL Center. Utica (10-15-6, 26 pts., 7th North Division) dropped all three of its games last week and enters the week in the midst of a nine-game winless skid having posted a 0-4-5 mark since December 9. The Comets have been outscored 33-19 over their last nine games and have been the victim of six one-goal setbacks during their recent slide.

Sunday’s game, which is Star Wars Night at PPL Center, will mark the second of four total meetings during the 2016-17 regular season between Lehigh Valley and Utica. The Phantoms claimed the only prior head-to-head contest in the season series with a 4-1 victory at Utica Memorial Auditorium back on November 11.

A limited number of tickets remain for Sunday’s game and can be purchased online HERE. 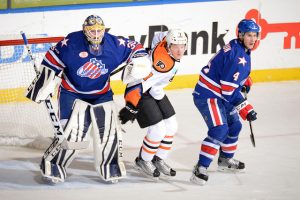 Rochester native Mark Zengerle (7th, 8th) scored twice and T.J. Brennan added a pair of assists as the Phantoms earned their third straight victory over the Rochester Americans with a 4-2 win inside Blue Cross Arena. Robert Hagg (2nd) and Greg Carey (16th) also converted for Lehigh Valley while goaltender Alex Lyon earned the victory between the pipes with 14 saves on 16 Rochester shots.

The 16 shots against marked the fewest shots allowed in a single game by the Phantoms this season.

Greg Carey notched his team-leading 16th goal of the season and Danick Martel (8th) and Chris Conner (8th) both converted on the power play as the Phantoms closed the calendar year of 2016 by earning a critical standings point in a 4-3 overtime decision to the Rochester Americans. T.J. Brennan added a pair of assists for his seventh multi-point game of the season while Alex Lyon turned in a strong performance between the pipes with a 36-save outing.

Friday’s contest capped the season series between Lehigh Valley and Rochester with the Phantoms finishing the 2016-17 regular season with an impressive 3-0-1 mark against the Americans.