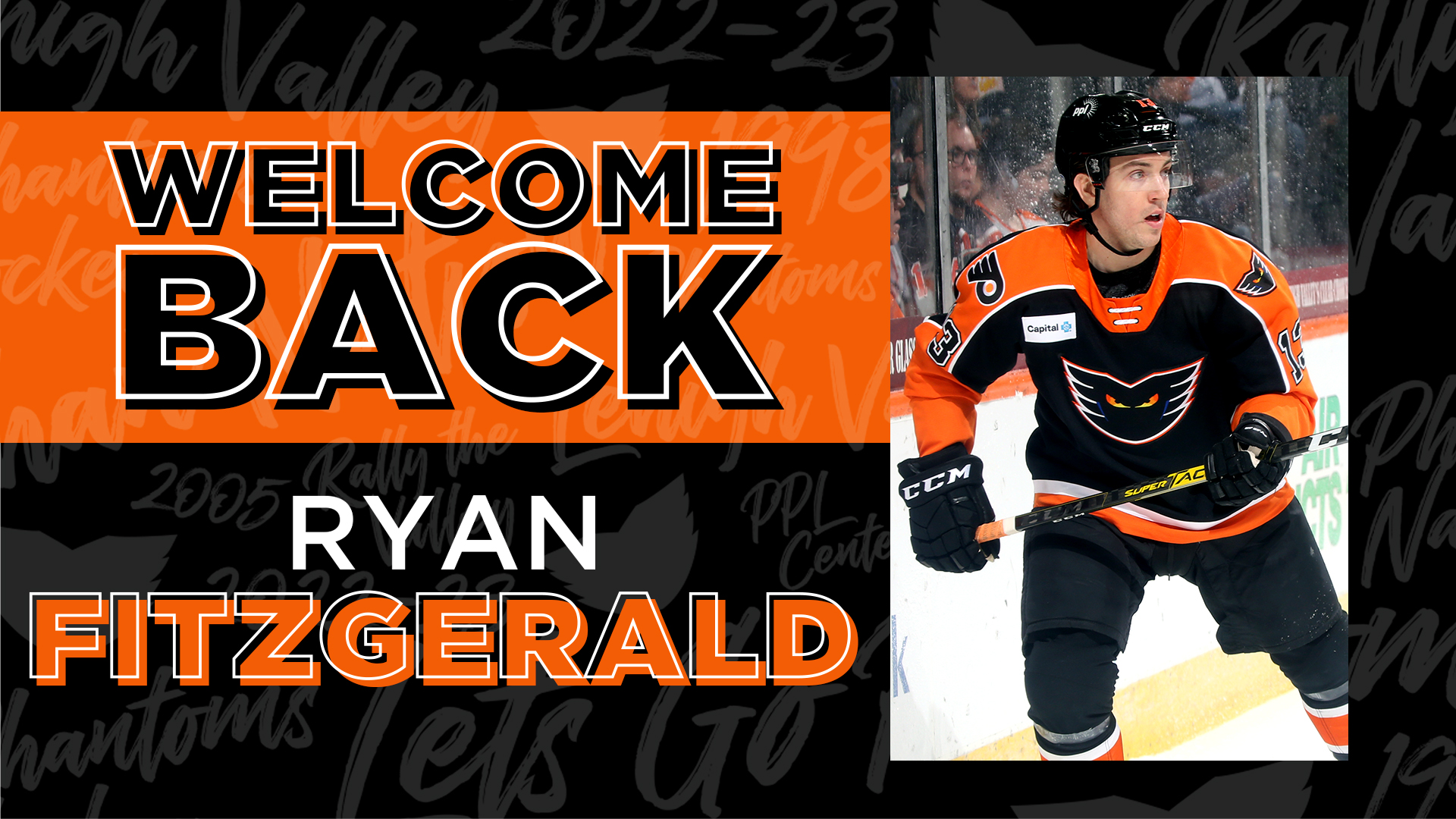 Lehigh Valley, PA – The Lehigh Valley Phantoms have announced that forward Ryan Fitzgerald has been signed to an AHL contract for the 2022-23 season. Fitzgerald is returning for his third season with the Phantoms.

Fitzgerald, 27, was limited to just four games last season following surgery on both hips in September. His first game of the season came very late in the campaign on March 25, 2022 at Laval.

It was a frustrating seasonmostly consisting of rehab work and recovery for the Boston College product who had previously led the Phantoms with 12 goals in 28 games played in the 2020-21 season. That campaign also included a pair of overtime winners. 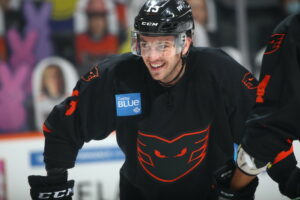 Head coach Ian Laperriere is curious to see what Fitzgerald at 100% health can bring to the Phantoms in 2022-23.

“I’m excited about having him back and healthy,” Laperrière said. “I talked to him this summer and he’s had a good summer of training under him. Staying healthy, that’s the biggest thing. These are tough surgeries to come back from. Especially having BOTH hips done. I’ve never heard of a guy getting both hips done at the same time and he came back in the same season.”

Fitzgerald has played in 227 career AHL games with the Providence Bruins and Lehigh Valley Phantoms scoring 55 goals with 69 assists for 124 points.

The speedy right wing had a stellar debut season in the professional ranks in 2017-18 when he scored 21 goals to top all Providence rookies while finishing second on the team overall.

“I went back and watched video on him from when he played in Providence a few years back,” Laperreire said. “He’s a player that can help your team and I’m excited to see that player on my team.”

Fitzgerald was a standout winger at Boston College from 2013-2017 where he helped the Eagles reach the Frozen Four twice. In his junior season, Fitzgerald led Boston College with 24 goals and 47 points to earn Hockey East 1st-Team All-Star and NCAA 2nd-Team All-American.

Ryan is the son of New Jersey Devils general manager Tom Fitzgerald who played in 1,097 career NHL games. He is also the brother of defenseman Casey Fitzgerald of the Buffalo Sabres and Rochester Americans. The North Reading, Mass. native is cousins with Philadelphia Flyers center Kevin Hayes.