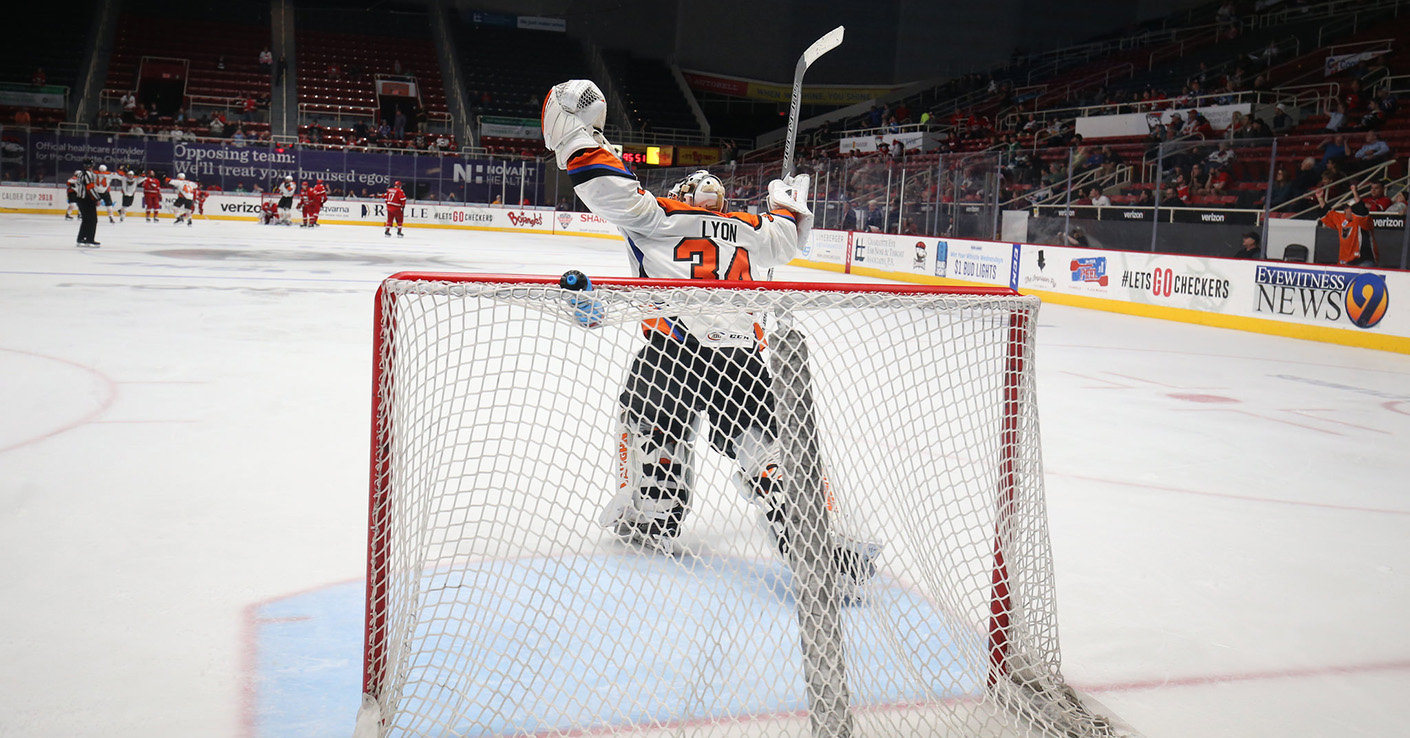 The game is now the longest to ever be played in the American Hockey League, surpassing the old record held by the Philadelphia Phantoms and Albany River Rats.

Goaltender Alex Lyon also contributed a Herculean effort, turning aside 94 of the 95 shots he faced, to backstop the team to victory.

The Phantoms now have a 3-1 series lead over the Charlotte Checkers in the best-of-seven series.