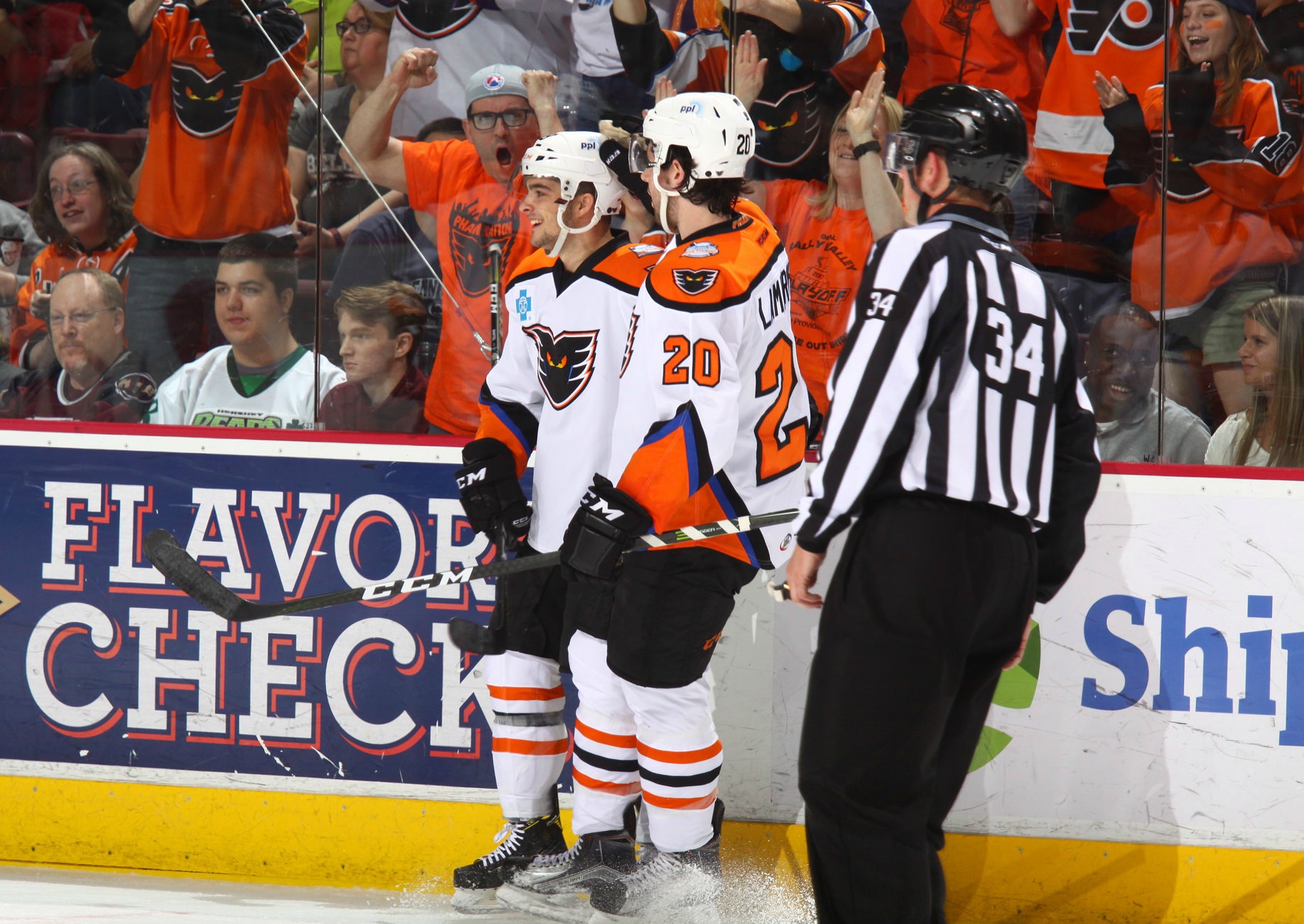 Lehigh Valley, PA – Danick Martel remained red-hot Sunday evening as he extended his goal-scoring streak to five straight games with his league-leading 13th conversion as the Lehigh Valley Phantoms were handed a 5-1 setback to the visiting Toronto Marlies in front of 8,027 fans at PPL Center. 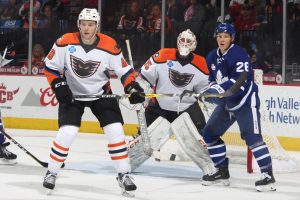 Over the last five games, the dynamic, third-year winger has registered six goals and seven total points and is now a full five goals clear of Wilkes-Barre/Scranton’s Daniel Sprong (8 goals) for the AHL lead in total tallies. What’s more, with Sunday’s conversion, Martel moved into a tie with Hershey’s Chris Bourque for the AHL scoring lead with 17 total points (13 goals, 4 assists). 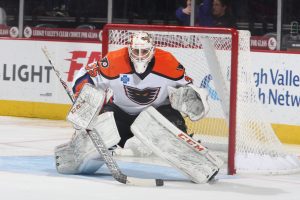 Sunday’s game also marked the return of defenseman Will O’Neill to the Phantoms lineup after a call-up with the Philadelphia Flyers earlier in the week in which O’Neill competed in his first career NHL contest.

Despite a herculean effort that featured 32 total saves, goaltender Dustin Tokarski was handed his first regulation setback since joining the Phantoms as he moved to 3-1-1 on the year. Marlies netmider Calvin Pickard was equally sensational at the other end as he turned aside 35 of Lehigh Valley’s 36 total shots in moving to 2-2 this season.

The Phantoms opened the scoring less than three minutes into the contest when a Toronto turnover in the defensive zone landed right on the stick of Nic Aube-Kubel who made a perfect pass to a wide-open Martel atop the goal crease who promptly roofed home his league-leading 13th goal of the season. The even-strength strike came 2:53 into the first period and marked the seventh time in 13th games this season that Lehigh Valley has opened the scoring. 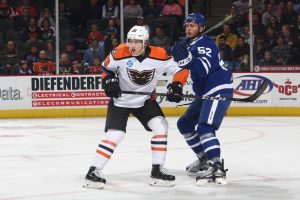 The Marlies leveled the contest roughly 10 minutes later when, while on the power play, a high slot drive by Calle Rosen kicked off the end boards creating loose puck havoc within the Phantoms goal crease. With a trio of Toronto skaters disrupting Tokarski, Andreas Johnsson was able to send a chip shot off Chris Mueller’s skate and into the back of the Phantoms goal for Mueller’s second goal of the year. Johnsson and Mason Marchment assisted on the man-advantage marker tallied 12:28 into the opening frame.

The Marlies then grabbed a 3-1 advantage just past the midway point of the contest thanks to a pair of goals less than five minutes apart. First, Trevor Moore landed his second goal of the season at the 10:49 mark of the middle stanza on a five-on-five conversion from Dmytro Timashov and Mueller. Then, with just under five minutes remaining in the second period, Calle Rosen’s left point drive hit traffic in front leaving a loose puck in the slot that was quickly gathered by Ben Smith before he whipped it into the back of the Lehigh Valley cage for his team-leading sixth goal of the season. Rosen and Marchment assisted on the even-strength tally converted 15:37 into the middle frame.

Toronto sealed the game’s outcome with two more tallies in the third period as Nikita Soshnikov converted his third goal of the season 13:29 into the final frame before Moore netted his second tally of the net and third of the year 17:43 into the third period.

The Phantoms are back in action this Wednesday, November 8 when the team travels to Bridgeport for a 10:30 a.m. showdown with the Sound Tigers.