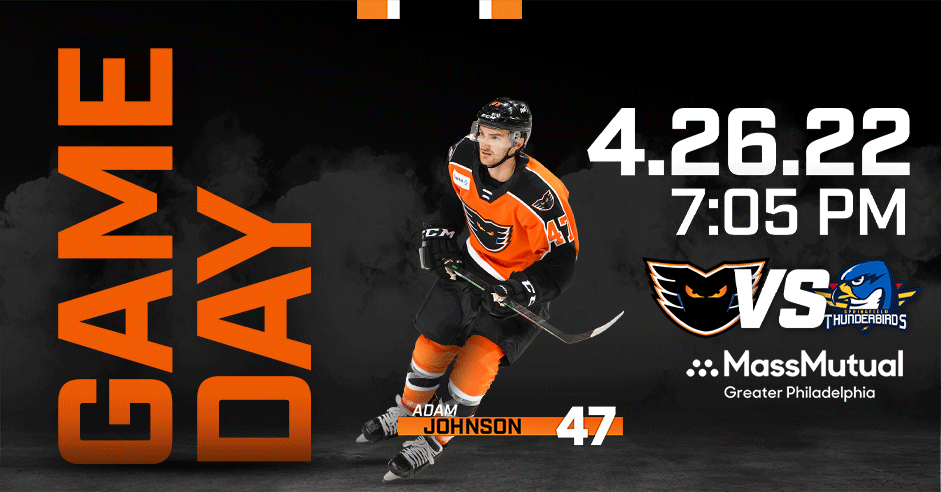 It’s a Phantoms GAMEDAY presented by MassMutual! The Lehigh Valley Phantoms open their last homestand of the season tonight against the Springfield Thunderbirds, AHL affiliate of the St. Louis Blues.
It is First Responders Night at PPL Center.
The Phantoms are 2-2-1 against the T-Birds this season including a 7-4 win for the Phantoms at Springfield as part of a weekend sweep the last time the teams met on March 19.
Lehigh Valley (28-30-15) is playing game 74 of the season and there are three games remaining including tonight with three of those games in Allentown.

LAST TIME
Pat Nagle was sensational in a 42-save shutout at Hershey. Cooper Zech’s first goal of the season broke the scoreless tie in the third period and Linus Sandin had a two-point night including an important breathing-room marker. But it was Nagle who stole the show with a record-setting performance to establish a new high for most saves in a shutout for a Lehigh Valley goalie. 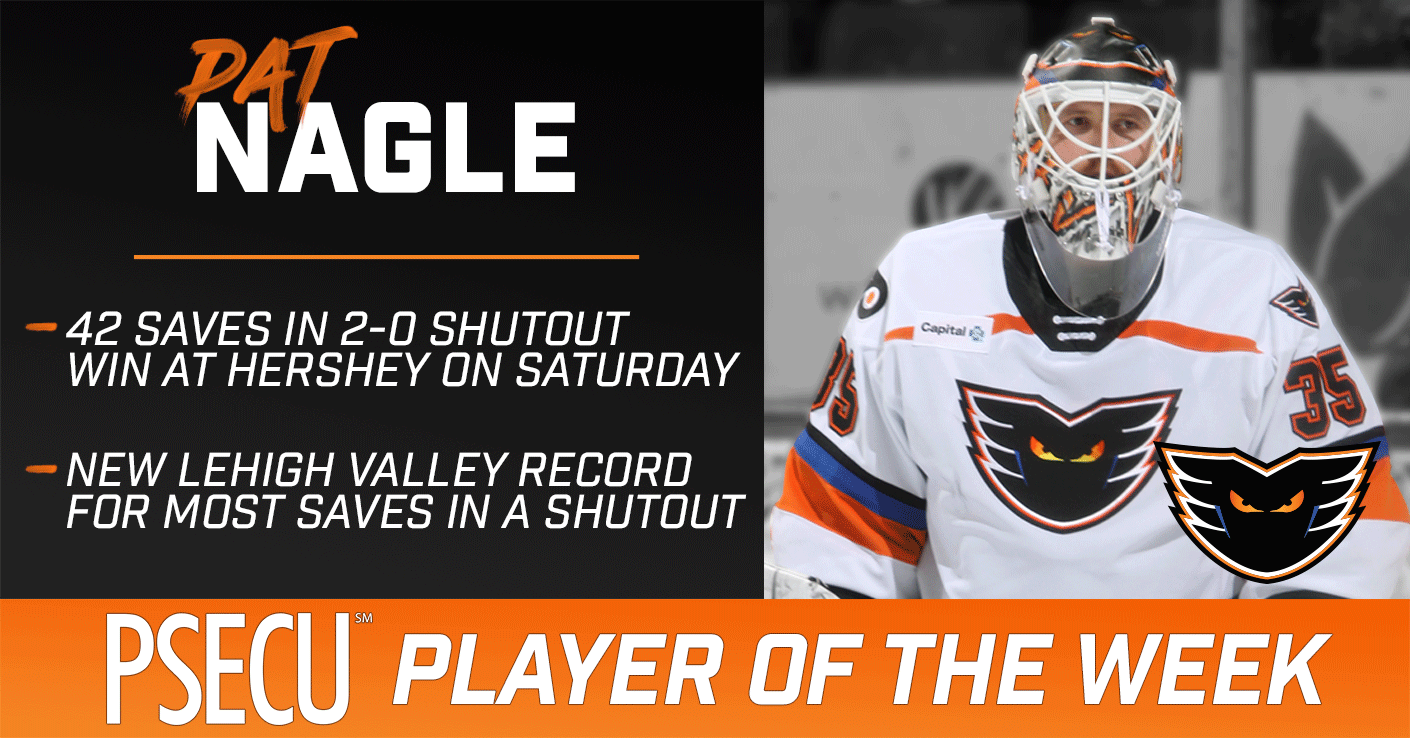 HISTORIC NIGHT
Pat Nagle set a new Lehigh Valley record for most saves in a shutout. His 42-save total is also third-most in Phantoms’ franchise history for a shutout performance.

SPRINGFIELD THUNDERBIRDS
The Phantoms are 2-2-1 against Springfield including a 7-4 thrashing the last time the teams met on March 19 in Springfield which was a two-game weekend sweep for the Phantoms. Wade Allison and Cal O’Reilly each had a pair of goals in that game. Springfield (41-24-9) can clinch second place in the Atlantic, a first-round playoff bye, with a win. A pair of veterans lead the way for the St. Louis Blues affiliate including Sam Anas (20-40-60) and Matthew Peca (21-38-59). Former Hershey Bear Nathan Walker had a hat trick against the Phantoms on January 28 but is currently up with St. Louis.