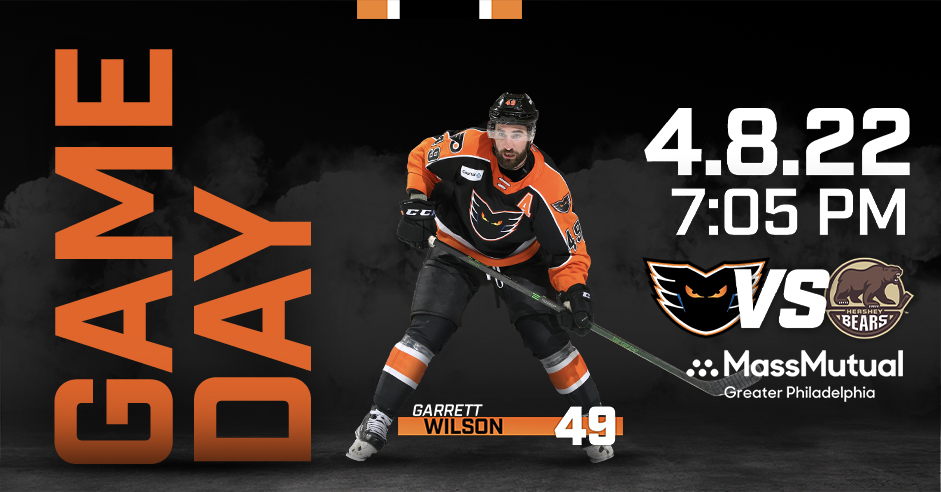 It’s a Phantoms GAMEDAY presented by MassMutual with the Lehigh Valley Phantoms hosting the rival Hershey Bears in the team’s lone home game of the week. The Phantoms are 4-0-0 against Hershey at PPL Center and are 5-4-1 overall against the Bears. This is Game 11 out of 14 in the season series.
Lehigh Valley (25-28-11) is playing game 65 of the season and there are 12 remaining including today.
Tonight’s game features a postgame skate for the fans and it is also U.S. Senior Open Night.

LAST TIME
Hayden Hodgson scored his team-leading 19th goal of the season in his return to the Phantoms but Lehigh Valley’s efforts to find the late equalizer were negated by Penguins’ goalie Louis Domingue who hung on in a 30-save effort and 3-1 win for Wilkes-Barre/Scranton on Wednesday night. Lehigh Valley had its three-game win streak come to an end. The Phantoms had three straight power plays in the second period with a chance to tie the game at 1-1 but Jonathan Gruden scored shorthanded for the Penguins at the end of Lehigh Valley’s third power play to stretch Wilkes-Barre/Scranton’s lead instead.

WELCOME BACK!
Hayden Hodgson has been returned to the Phantoms from the Philadelphia Flyers. The hard-shooting right wing has gone from preseason AHL tryout all the way to NHL contract in the same season. On March 24, Hodgson made his NHL debut and scored a goal with an assist in Philadelphia’s 4-2 victory at St. Louis. The Windsor, Ontario native played in five games with Philadelphia on his recall. Hodgsonhas taken the team-lead in goals with 19 after scoring in his first game back with the Phantoms on Wednesday.

HERSHEY BEARS
The Hershey Bears (31-26-9) picked up their historic 3,000th AHL win in a 4-3 overtime decision at Bridgeport on Tuesday via a game-winner from Kody Clark. The slumping Bears had dropped four straight and seven of their last eight. The Phantoms have recently had some struggles at Hershey’s arena at Giant Center including three straight losses in Chocolatetown in the month of March being outscored 10-1 combined.
But the Phantoms still lead the season series with a 5-4-1 record against Hershey and are 4-0-0 against the Bears at PPL Center. Lehigh Valley and Hershey will meet four times in April including three more visits to PPL Center for the Chocolate and White.
Cal O’Reilly has scored 4-9-13 against Hershey including three shorthanded goals. Beck Malenstyn has a pair of two-goal games against the Phantoms. Both teams’ penalty kills have thrived in the series: Hershey is 2/39 (5.1%) vs. the Phantoms while Lehigh Valley is just 3/34 (8.8%) 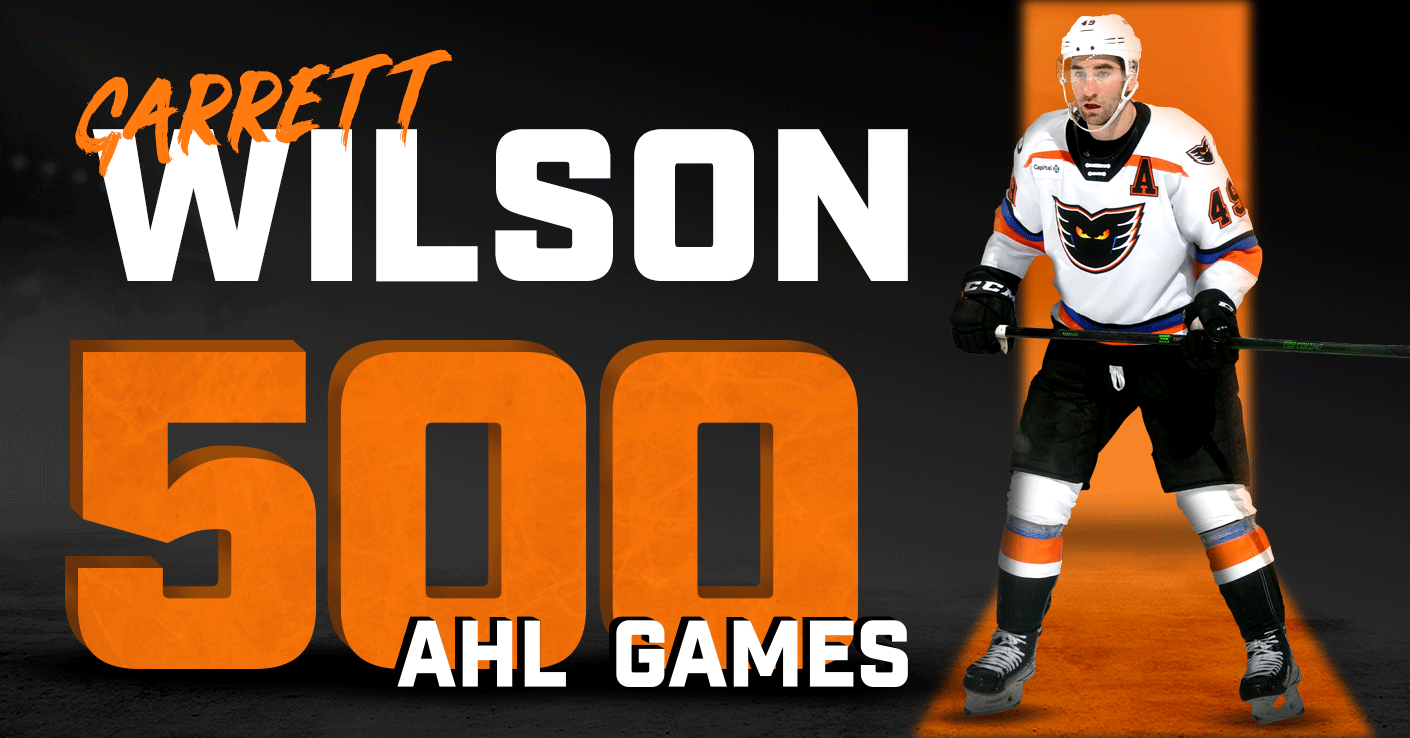 PHANTASTIC!
– Garrett Wilson played in his 500th career AHL game tonight. He has played in 687 career pro games including 84 contests in the NHL with Florida and Pittsburgh. In the AHL, Wilson has played with San Antonio, Portland, Wilkes-Barre/Scranton, Toronto and Lehigh Valley.
– Five Phantoms players have made their NHL debuts this season: Max Willman, Felix Sandstrom, Linus Sandin, Isaac Ratcliffe, Hayden Hodgson
– Isaac Ratcliffe recorded his first multi-goal game on Sunday at Bridgeport. That included the game-winner with just 4:00 left breaking a 3-3 tie.
– Lehigh Valley’s three power-play goals in Sunday’s win at Bridgeport was their most in a game this season.
– The team’s power play has been thriving: 8-for-31 (25.8%) in the last 8 games even with an 0-for-4 game on Wednesday at Wilkes-Barre/Scranton.
– Cal O’Reilly has 18 goals this season to equal a personal high. The 35-year-old captain of the Phantoms also had 18 goals in a season 15 years ago in the 2006-07 season when he was a 20-year-old rookie with the Milwaukee Admirals. Cal has five goals in his last five games including a pair of two-goal games.
– The Phantoms have played 64 games and have 12 remaining in the 2021-22 regular season.