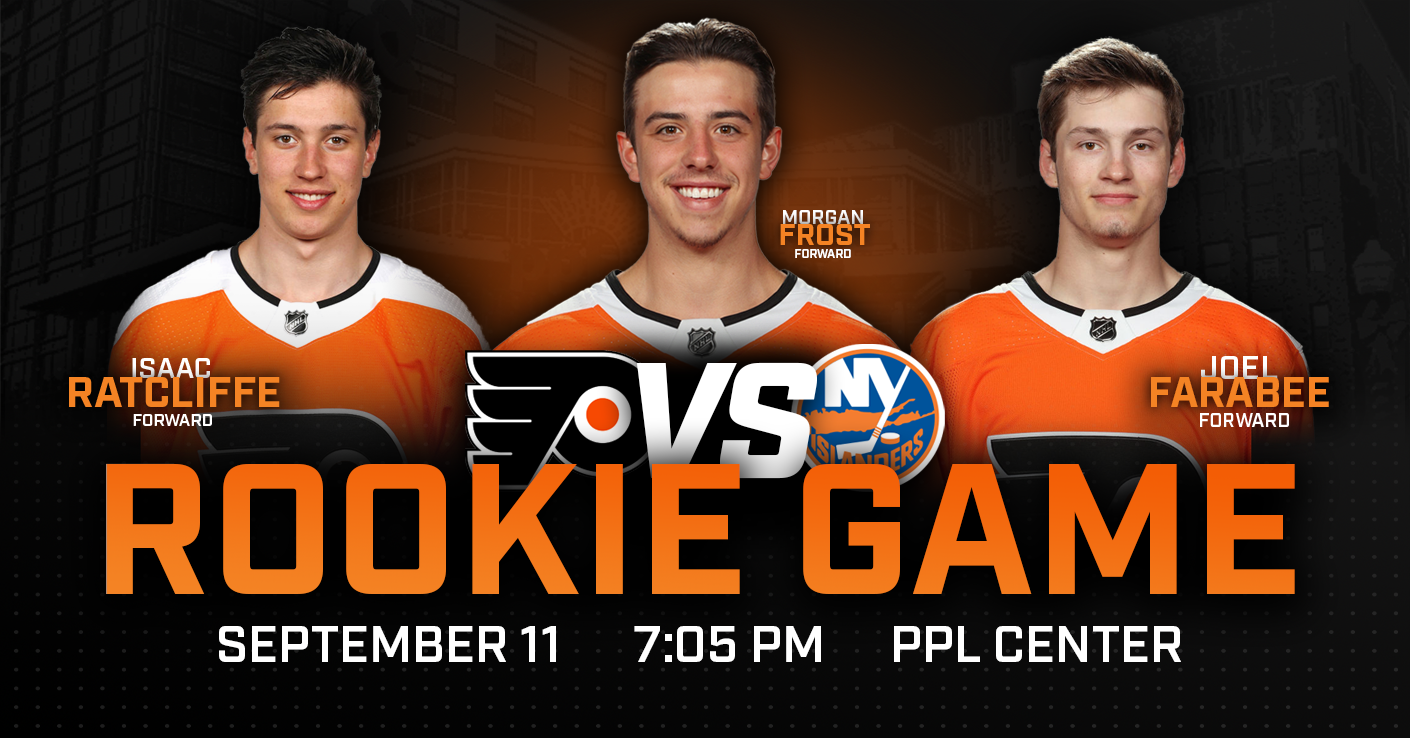 Lehigh Valley, Pa. – PPL Center, home of the Lehigh Valley Phantoms, proud affiliate of the Philadelphia Flyers will host the Flyers annual Rookie Game for the first time on September 11, 2019 at 7:05 p.m. against the New York Islanders.

The game will mark the fifth-straight year that PPL Center has hosted a Flyers game and the first time many of the Flyers highly-touted recent draft picks will see game action in front of the faithful and loud PPL Center fans.

With one of the deepest prospect pools in all of hockey, fans can potentially see the highly anticipated arrivals of Flyers 2017 first round draft pick and OHL First Team All-Star Morgan Frost, 2018 first round pick and NCAA Rookie of the Year Joel Farabee, and 2017 second round pick and OHL Champion, Isaac Ratcliffe.

“We are thrilled to welcome the future stars of the Lehigh Valley Phantoms and Philadelphia Flyers to PPL Center and we are excited the Lehigh Valley fans will be able to see these young players showcase their talents,” Phantoms owner, Jim Brooks said.