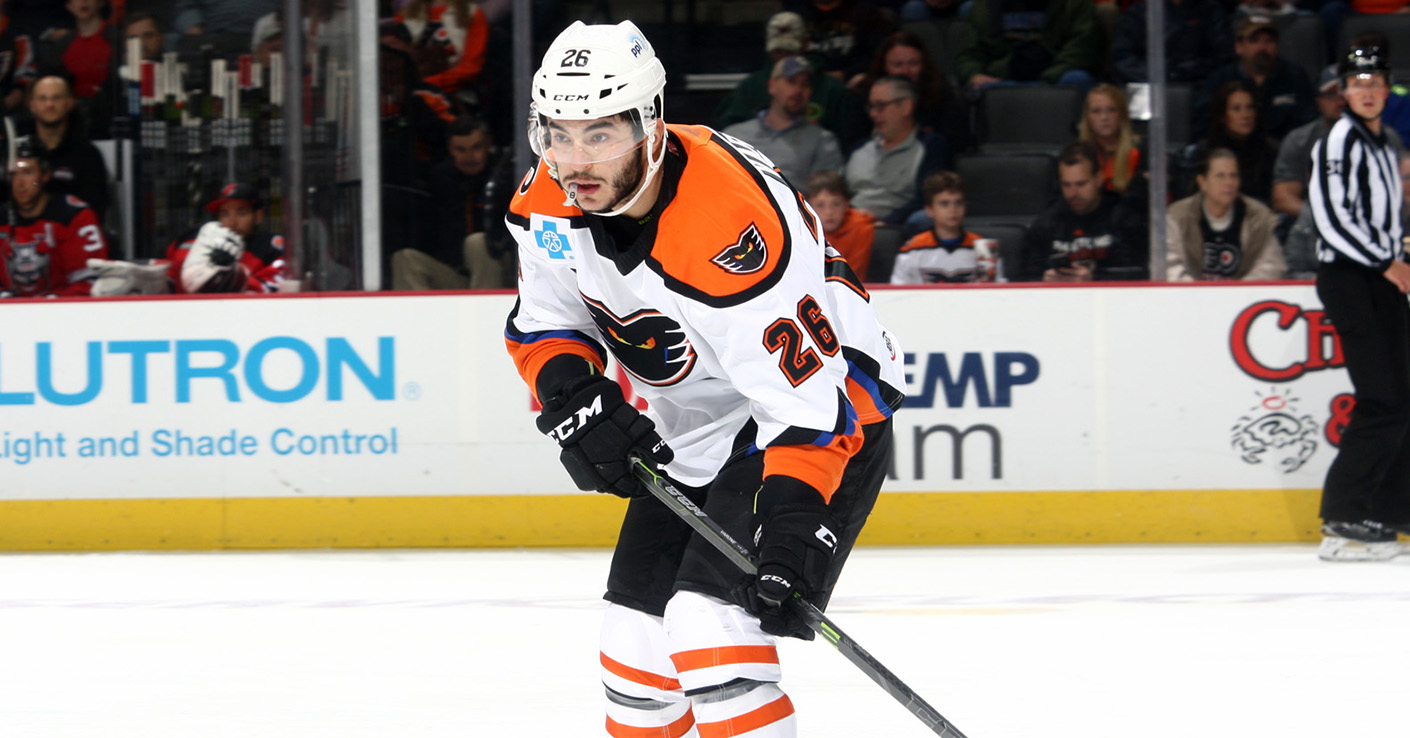 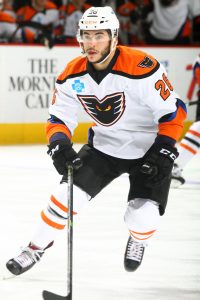 Varone will be available to make his Flyers debut tomorrow afternoon at Buffalo, wearing number 44, as per the Flyers.

The 28-year old out of Vaughn, Ontario, is currently in the midst of his eighth professional campaign in which he has already amassed 11 goals and 17 assists for a total of 28 points with the Phantoms this season.  As of Friday morning, Varone ranked second in the AHL in points, producing at a rate of 1.27 per game, and leads the Phantoms in assists (17) as well as points (28) and is also tied for the team lead in power-play goals with five.

With a total of 70 points (23G-47A) during the 2017-18 season, the most by a Phantoms player in the last 14 years, Varone captured the Les Cunningham Award as AHL MVP and finished second in the league’s point race.

Originally drafted by the San Jose Sharks in the fifth round (147th overall) of the 2009 NHL Entry Draft, the 5-foot-10-inch center has appeared in 50 NHL contests — between the Buffalo Sabres (42) and Ottawa Senators (8) — in which he tallied five goals and five assists for 10 points.

Lehigh Valley will continue its current four-game home stand with a contest against the rival Hershey Bears tonight at 7:05 p.m.  Limited tickets remain for this Atlantic Division clash, click HERE to secure your seats.