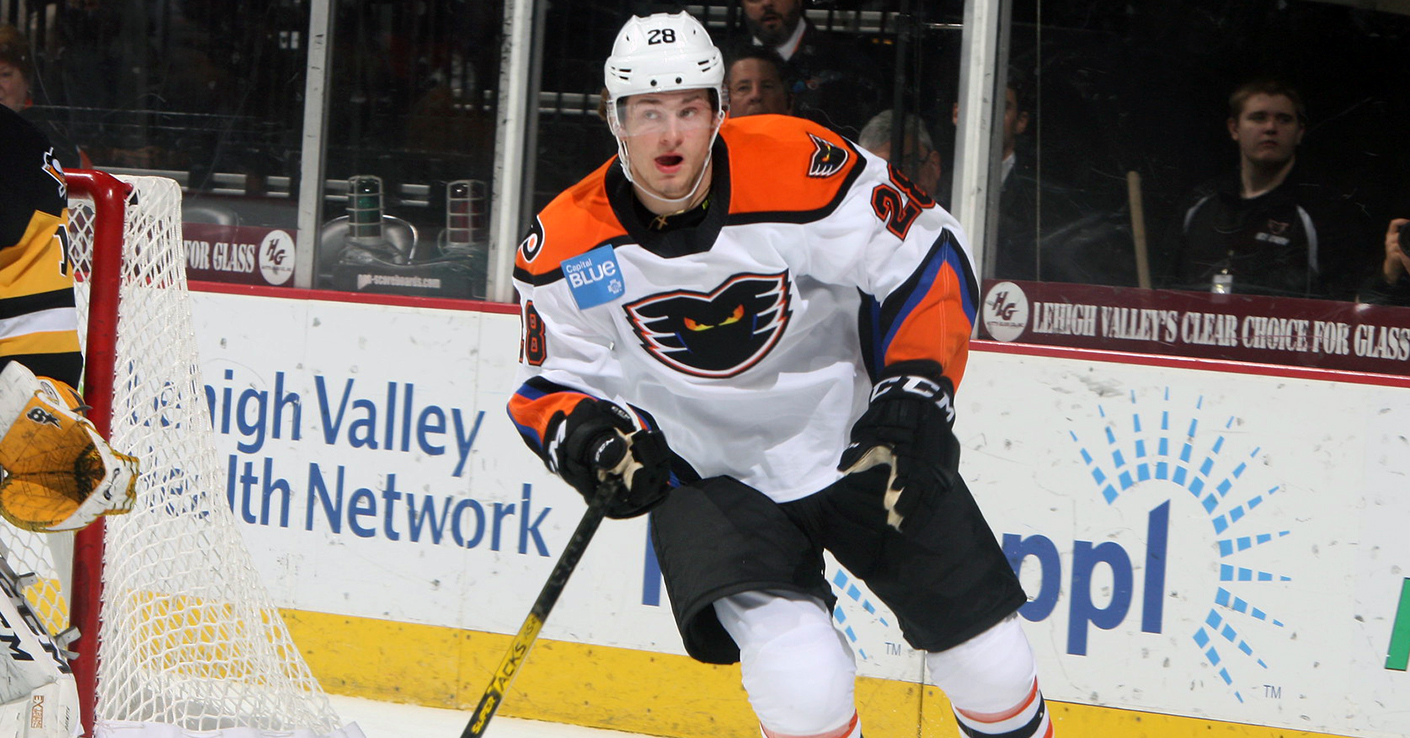 Lehigh Valley, Pa. – The Lehigh Valley Phantoms (1-1-0-0) saw 10 different skaters notch points in a 4-1 win over the Wilkes-Barre/Scranton Penguins (1-1-0-0) on Friday night. Kurtis Gabriel scored the first goal of the season for the Phantoms and Joel Farabee scored a highlight-reel goal for his first as a pro in his debut. Mikhail Vorobyev and Chris Bigras also scored for Lehigh Valley as Alex Lyon made 18 saves in net. Defenseman T.J Brennan and Alex Lyon also hit career milestones, as Brennan played in his 700th professional game while Lyon played his 114th game with the organization, the most in Lehigh Valley Phantoms history.

The Lehigh Valley Phantoms came out fast and furious on Saturday night against the Wilkes-Barre/Scranton Penguins. The Phantoms offense was dominant in the first 20 minutes of action, totaling 16 shots on goal. The young trio of Joel Farabee, Morgan Frost, and German Rubtsov, all former first-round picks of the Philadelphia Flyers looked exceptionally strong. They totaled four shots in the period and dominated play when on the ice. For Farabee, Saturday’s contest at PPL Center was the 2018 first round (14th overall) picks first professional hockey game and first at PPL Center. 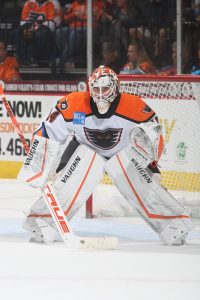 The Phantoms tenacity in the first period would pay off with less than five minutes remaining when first-year Phantom Kurtis Gabriel ripped a wrist shot past Penguins goalie Casey DeSmith to give the Phantoms a 1-0 lead. The goal was setup by forward Isaac Ratcliffe who pickpocketed a Penguin in Wilkes-Barre/Scranton’s zone before finding Gabriel, who drove towards the net before sending the goal behind DeSmith. The goal by Gabriel is his first as a Phantom while also serving as the Phantoms first goal of the 2019-20 season.

The Phantoms would add to their lead just a few minutes later when Cal O’Reilly made a tremendous pass across the crease to Mikhail Vorobyev who shot a snapshot past DeSmith for the Phantoms to grab a two-goal lead heading into the first intermission. The goal was Vorobyev’s first of the season after scoring seven goals in 42 games for the Phantoms last season.

The Phantoms defense was also spectacular in the first period as they allowed just two Wilkes-Barre/Scranton shots in the period while blocking five.

The Penguins would get on the board early in the first minute of the second period while on the power play to cut the Phantoms lead to one. But that’s all the Penguins would be able to score on Friday night as Alex Lyons was strong in his 2019 debut, saving 18-of-19 shots including 16-of-17 over the last 40 minutes. 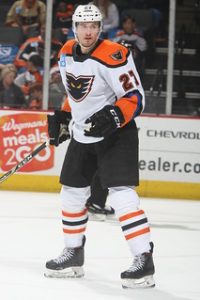 Just a few minutes later, however, Farabee would score his first professional goal as he dangled his way around a Penguins defender before fooling DeSmith and sliding a goal easily into the net for the Phantoms third goal of the evening, giving them back their two-goal lead. Farabee’s goal was assisted by Phil Myers who made a tape-to-tape pass from the Phantoms end of the ice, perfectly feeding the puck to Farabee before he danced his way to a goal. Farabee’s spectacular goal would earn him Friday night’s first star of the game honor.

After an eventful first two periods, the final 20 minutes of Friday night’s matchup saw the two teams exchange a few scoring chances but saw no goals scored as the Phantoms held onto their 4-1 lead and earned their first victory of the 2019-20 season.

The 4-1 victory on Friday night for the Phantoms showcased the young talent that is on the Phantoms roster. Young prospects like Joel Farabee, Morgan Frost, Phillippe Myers, Isaac Ratcliffe, and German Rubtsov all played pivotal roles in the victory, including combining for five points, one goal and four assists.

NEXT TIME OUT: The Phantoms will look to follow up their first win of the 2019-20 on Saturday evening when the Hershey Bears come to PPL Center for the first of six meetings between the two teams. Fans can purchase tickets for the interstate rivalry game on Saturday night, HERE