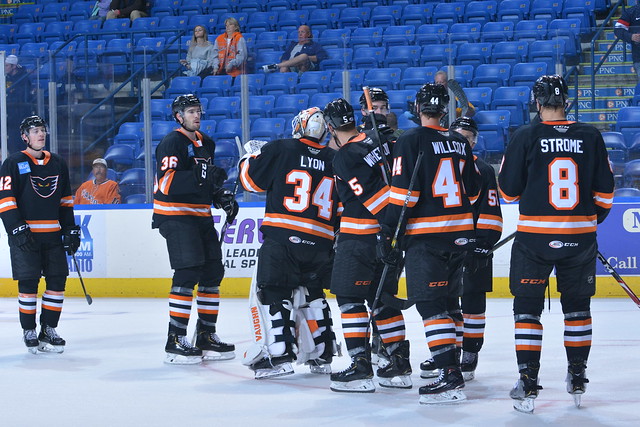 Wilkes-Barre, Pa. – Greg Carey racked up a three-point night with one goal and two assists to lead the Lehigh Valley Phantoms to a 4-1 win at the rival Wilkes-Barre/Scranton Penguins on Wednesday in the first preseason game for both squads. 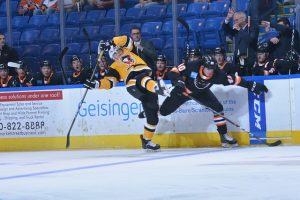 Reading native Steven Swavely had the first goal for the Phantoms while Pascal Laberge and Matt Strome contributed power-play markers in the second period. Defenseman Eric Knodel recorded a pair of power-play assists.

Alex Lyon turned aside 16 of 17 Penguins’ shots in his 60 minutes of work.

Swavely’s backhand flick in the slot from Isaac Ratcliffe in the corner after some hard forecheck work by Pascal Laberge gave the Phantoms a 1-0 lead in the first period.

Laberge was wide open on the back-door for the tap-in of a Greg Carey rebound in the opening minute of the second period for a 5-on-3 goal. And Strome scored 5-on-4 off a Carey carom as well just past the midway point of the game for a 3-0 lead.

Jordy Bellerive lit the lamp for the Penguins with 2:01 left in the second with a 5-on-3 tally.

Greg Carey completed the scoring with a mid-ice backhander that found the empty-net with 3:07 remaining. 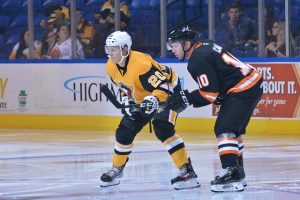 The Lehigh Valley Phantoms have a pair of preseason tilts at PPL Center on Sunday at 3:05 p.m. and Monday at 7:05 p.m. hosting the Wilkes-Barre/Scranton Penguins and Hershey Bears on consecutive days. Opening Night is Saturday, October 5 against the Providence Bruins. Tickets are available at 610-224-4625.