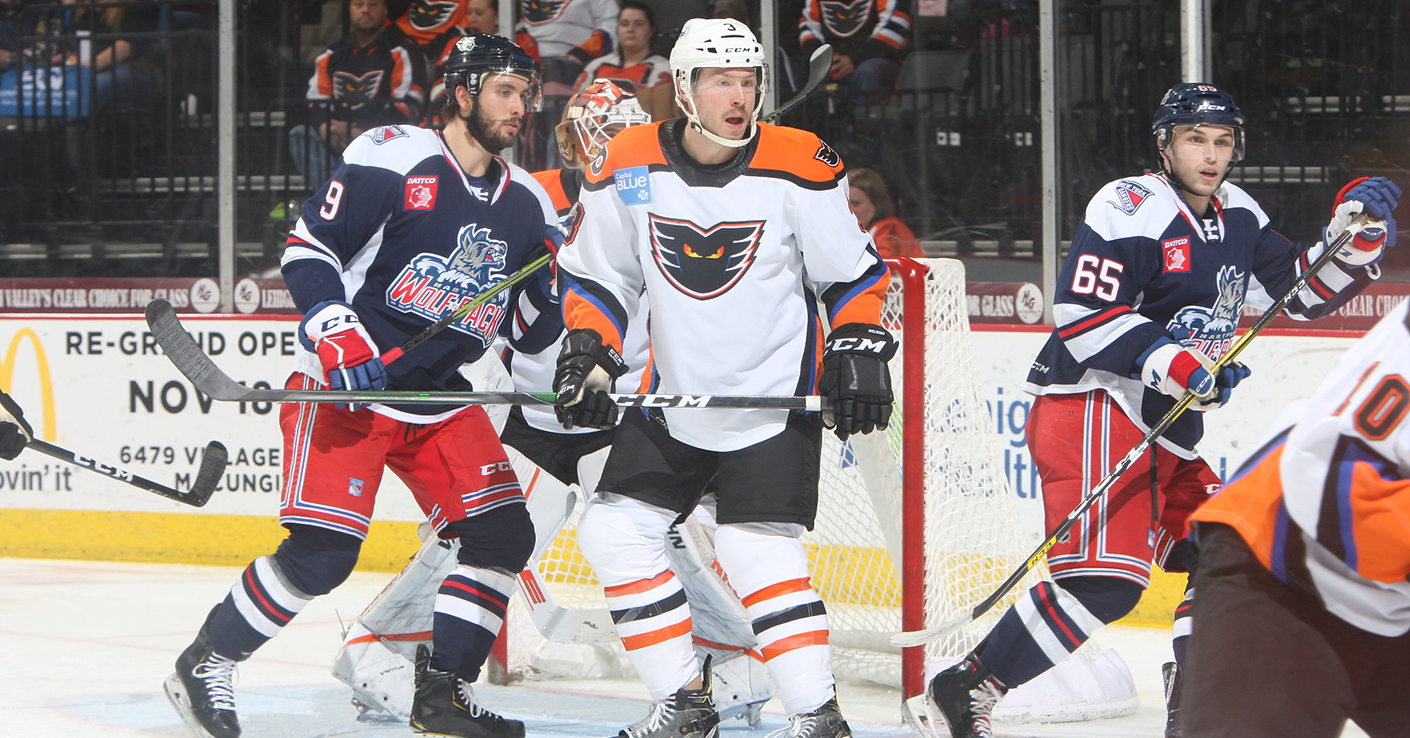 Lehigh Valley, Pa – The Lehigh Valley Phantoms (10-7-1-4) picked up a thrilling overtime victory for the second straight night when they defeated the Hartford Wolf Pack (11-4-1-5) on Saturday night by a score of 2-1. The Phantoms were led to victory by a strong performance from goalie Alex Lyon, who stopped 26 of 27 Hartford shots while Greg Carey and Andy Welinski provided the offense for the Phantoms in the victory.

Following a hard-fought victory on Friday night over in-state rival, the Wilkes-Barre/Scranton Penguins, the Phantoms looked for a second-straight victory on Saturday night.

Hartford struck first late in the first period with a bit of luck as a Jeff Taylor shot form a top of the point was deflected twice, the second time by Matt Beleskey to give the Wolf Pack a 1-0 lead. Outside of the lone goal, Lyon was strong in the first period for the Phantoms, stopping 13 of 14 shot attempts. 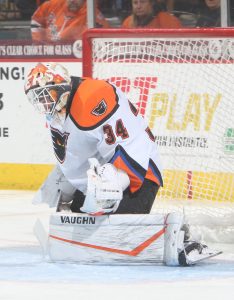 In the second period, the Phantoms looked to pick up their offensive pace and managed to get eight shots on Shesterkin but were unable to even the score. Lyon, however, continued to be strong for the Phantoms, stopping all 11 of Hartford’s shots in the period.

In the third period, the Phantoms found life on offense and were able to tie the game up at the 7:21 mark of the period while on the power play. After a faceoff win by Cal O’Reilly, defenseman Andy Welinski faked a slap shot before passing it out to forward Greg Carey who floated to the top right point before ripping a rocket of a slap shot past Shesterkin to tie the game at 1-1. The goal marks the eighth of the season for Carey while providing Welinski with his eighth assist of the season while O’Reilly picked up a team-leading 12th assist.

Following Carey’s goal, the Phantoms continued their offensive push and saw several scoring chances develop in the final minutes of the period but could not find a game-winning goal in regulation. For the second-straight night, the Phantoms were headed to overtime.

In overtime, the Phantoms continued to carry all the momentum and their strong offensive play would eventually pay off. After Cal O’Reilly kept the puck alive in Hartford’s zone during a line shift, O’Reilly found a driving Andy Welinski who beat Shesterkin glove side with a perfectly placed wrist shot from the left circle. The goal was Welinski’s second overtime winner after he won it for Lehigh Valley on November 9 against the Hershey Bears.

Next Time Out: The Phantoms will travel to Springfield on Wednesday night for a one game road trip before returning to PPL Center on Friday night to take on in-state rival, the Hershey Bears. Fans can purchase tickets for that game, HERE.