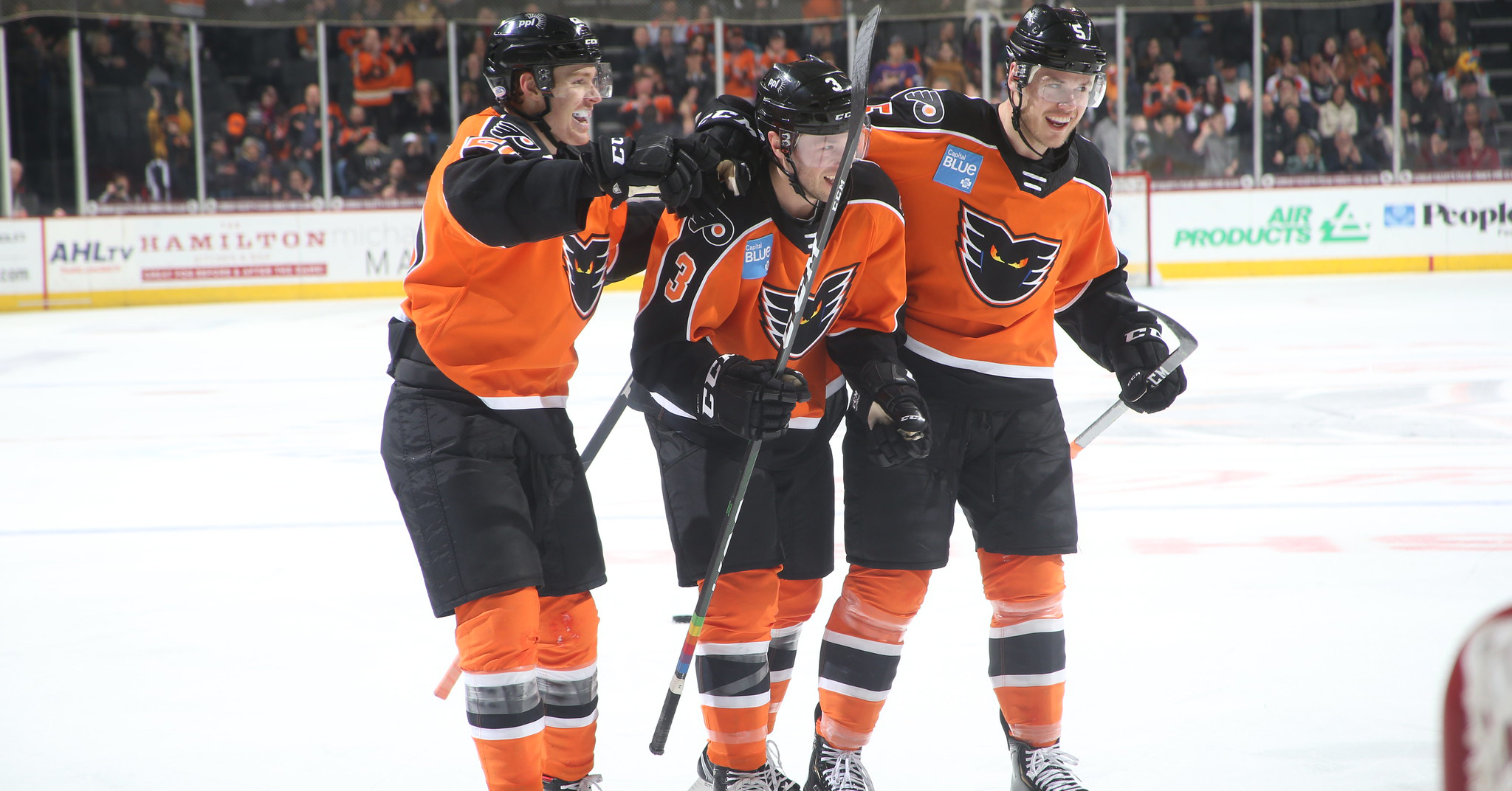 Lehigh Valley, Pa. – After having their six-game home winning streak snapped on Sunday, the Lehigh Valley Phantoms (22-23-1-5) quickly started a new one with a 3-2 overtime win against the Bridgeport Sound Tigers (18-27-5-1) on Friday night. They were led by multi-point nights from Andy Welinski, Tyler Wotherspoon and Kyle Criscuolo en route to Mikhail Vorobyev’s overtime winner. 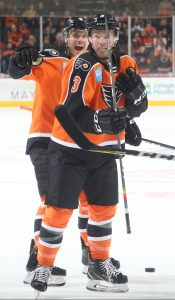 After a flurry of scoring chances, outshooting Bridgeport 8-2 early in this one, the Phantoms opened up the scoring with a goal from Andy Welinski at the 11:16 mark in the first period. Tyler Wotherspoon took the initial shot, which was deflected out to the edge of the right circle. It was gathered by Welinksi, who powered toward the crease and back-handed it in for his sixth goal of the season.

Bridgeport tied the game at one at the 8:51 mark in the second period, when Travis St. Denis snuck a shot from the slot through the five-hole of goalie Alex Lyon. Lyon was playing in his first game with the Phantoms after returning from a three-week stint in Philadelphia to replace the injured Carter Hart. Parker Wotherspoon, brother of Phantoms defenseman Tyler Wotherspoon picked up an assist on the play. It is the first time the brothers have each recorded a point in the same AHL game.

Even though they did not score in the middle frame, the Phantoms continued to dominate the offensive zone, outshooting the Sound Tigers 15-5 in the second period but Bridgeport took a 2-1 lead at the 9:17 mark in the third period when Simon Holmstrom netted a shot from the top of the zone. 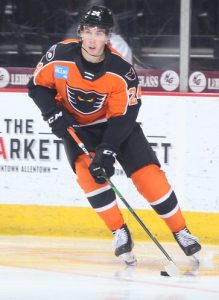 Tyler Wotherspoon tied it back up at two less than two minutes later. Max Willman poked a shot that deflected off of Bridgeport goalie Christopher Gibson. He collected his own rebound and passed it across to Wotherspoon, who wristed it in for his second point of the night. Kyle Criscuolo tallied another assist on the play for a multi-point game. Wotherspoon and Criscuolo both picked up their third multi-point game in the last four games.

In the overtime period, Andy Welinski joined the Criscuolo and Wotherspoon in scoring multiple points, as he recorded an assist on Mikhail Vorobyev’s game-winning goal. Crisculo picked up his third assist of the night on the play. He started the sequence by dishing a pass to Welinski, who passed the puck off to Vorobyev in the left circle. Vorobyev then skated to the top of the zone and into the slot before firing a shot past Gibson to win the game and tally his 10th goal of the year.

NEXT TIME OUT: The Phantoms will play again tomorrow night against the Hartford Wolf Pack at 7:05 p.m. Hartford and Lehigh Valley have split the season so far, winning two games apiece. Lehigh Valley has won the first two games inside PPL Center with a 2-1 win on November 30 and a 4-2 win on December 14.