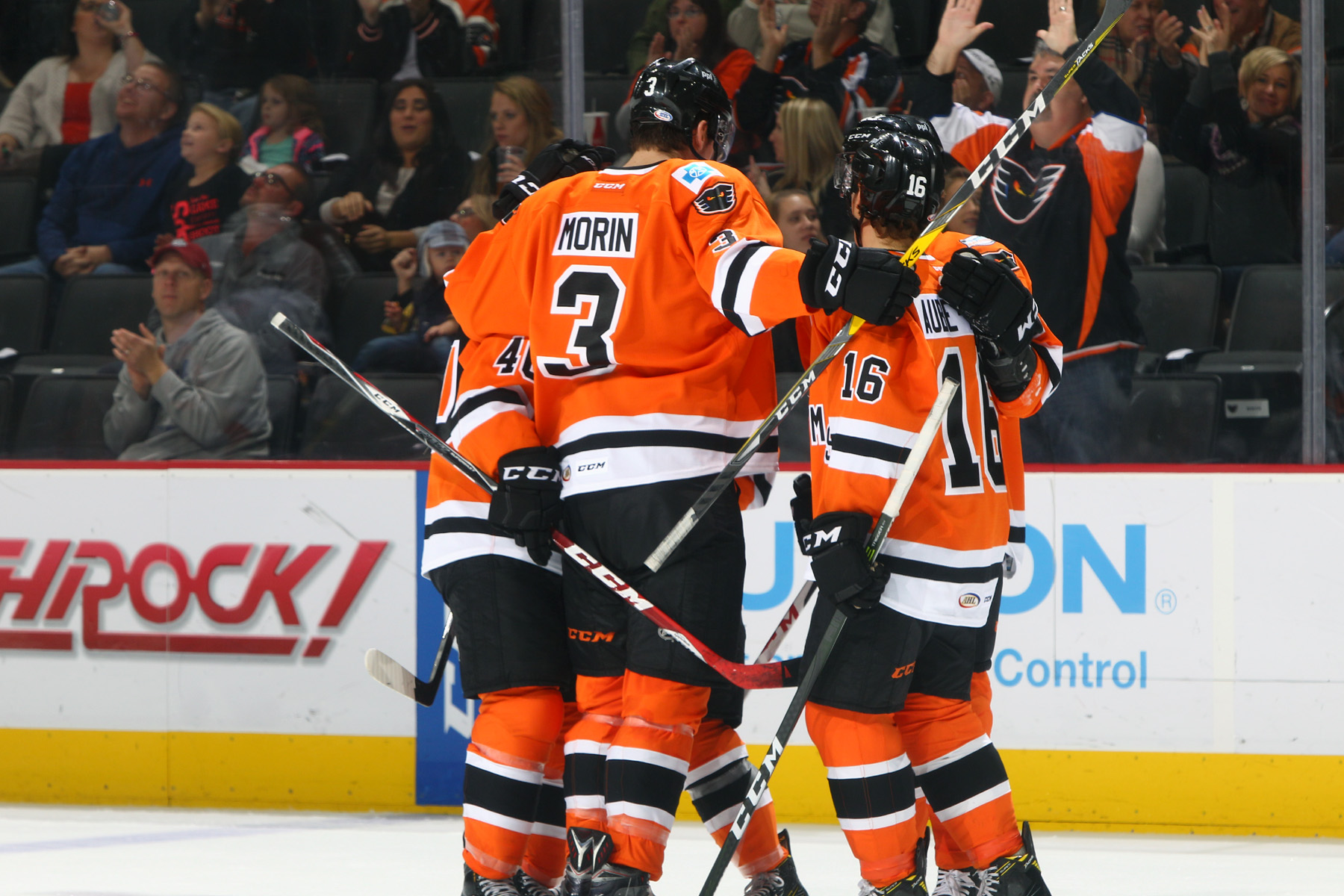 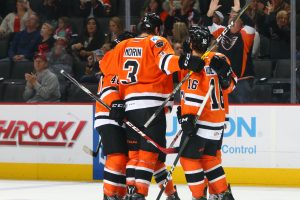 Red-hot Lehigh Valley returns to the frozen surface this Friday, November 11 when the team heads up to Utica for its first showdown of the season with the Comets. Utica (2-7-1, 5 pts., 7th North Division) dropped all three of its games last week and enters the week having lost six of its last seven games overall. The Comets dropped both games in a two-game set with the St. John’s IceCaps early last week before being handed a 2-1 setback to the Syracuse Crunch on Saturday. The Comets produced just seven total goals in their three outings last week and have tallied two or fewer goals in a game in six of the team’s 10 games so far this year.

Friday’s contest will mark the first of four total meetings during the 2016-2017 regular season between Lehigh Valley and Utica.

The Phantoms then return home to PPL Center on Saturday, November 12 when the Toronto Marlies make their first and only visit to downtown Allentown this season. Toronto (7-2-0-1, 15 pts., 1st North Division) split a pair of games last week in a weekend series at St. John’s. After absorbing a 4-1 loss to the IceCaps on Saturday, the Marlies responded with a 3-2 victory in St. John’s as Toronto claimed its fifth victory over the team’s last seven games. Saturday’s contest will be the only regular season meeting between Lehigh Valley and Toronto at PPL Center. The two sides will close out their brief two-game regular season series at Ricoh Coliseum in Toronto later this month (November 29). 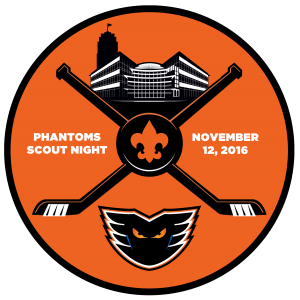 Saturday’s game is the highly-anticipated Boy Scout Night at PPL Center with only a limited number of tickets remaining. Tickets for Saturday’s contest can be purchased by clicking HERE, by calling 610-347-TIXX or in-person at the PPL Center Box Office [701 Hamilton Street].

The Phantoms then cap this week’s action on Sunday, November 13 when Lehigh Valley invades the Giant Center in Hershey for a showdown with the Bears. Like Lehigh Valley, Hershey (6-2-2, 14 pts., 2nd Atlantic Division) won all three of its games last weekend capturing a 3-2 overtime victory at the Springfield Thunderbirds on Friday before returning home to earn a 4-0 win over the Albany Devils on Saturday followed by a 5-3 triumph over the Rochester Americans on Sunday. The Bears enter the week in the midst of a five-game winning streak and have outscored their opposition 22-9 during their recent surge.

Sunday’s rivalry contest will mark the second of 12 total meetings this season between the Phantoms and Bears. Hershey claimed the series opener with a 3-2 win at Giant Center back on October 30. After Sunday’s head-to-head meeting, the season series will shift to PPL Center for the first time when the Pennsylvania rivals next face off on Friday, December 2. 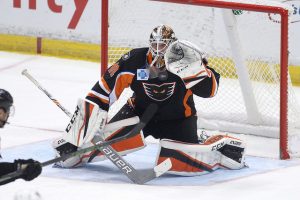 Anthony Stolarz posted his third professional shutout with a 33-save performance as the Phantoms blanked the Hartford Wolf Pack 4-0 inside XL Center. T.J. Brennan paced the offensive attack with a goal and two assists while Cole Bardreau, Corban Knight and Mark Zengerle also found the back of the net for Lehigh Valley.

Jordan Weal notched a pair of assists and four different Phantoms converted goals as Lehigh Valley doubled up the Providence Bruins 4-2 inside Dunkin Donuts Center in the first meeting of the year between the Eastern Conference foes. Mark Zengerle, Nic Aube-Kubel, Greg Carey and Scott Laughton all scored for the Phantoms while goaltender Anthony Stolarz earned the victory between the pipes with 27 saves on 29 Bruins shots.

Lehigh Valley’s special teams played a big part in the triumph as the team’s power play converted on two of five opportunities while the club’s penalty kill denied the only two power plays afforded to Providence on the evening. 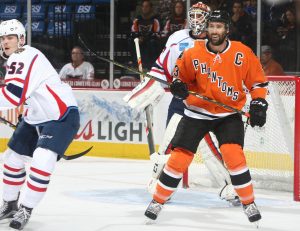 The Phantoms scored four unanswered goals in the third period to erase a two-goal deficit en route to a come-from-behind 6-4 win over the Springfield Thunderbirds in front of 7,920 fans at PPL Center. Greg Carey scored twice while Chris Conner and Taylor Leier each chipped in a goal and an assist to lead the offensive attack. Travis Sanheim and Will O’Neill also added a pair of assists while Danick Martel and Colin McDonald rounded out the scoring for Lehigh Valley.

Making his fourth consecutive start between the pipes, Anthony Stolarz backstopped the comeback effort with a season-high 40-save performance.

Service Electric’s TV2 Sports will be broadcasting live all of the Phantoms’ 34 remaining regular season home games. If you can’t make it out to the rink, be sure to catch all the exciting action live in HD quality with Steve Degler, Todd Fedoruk, Doug Heater and Kristi Fulkerson! Pre-game coverage begins with “Phantoms Front and Center” 30 minutes before puck drop. And don’t miss “Phantoms – Breaking the Ice” every Monday from 7:00 – 7:30 p.m. throughout the season live at Chickie’s & Pete’s at PPL Center!

Tickets for each of the Phantoms’ 34 remaining regular season home games are available now online at pplcenter.com, by calling 610-347-TIXX [8499] or in-person at the PPL Center Box Office [7th & Hamilton].