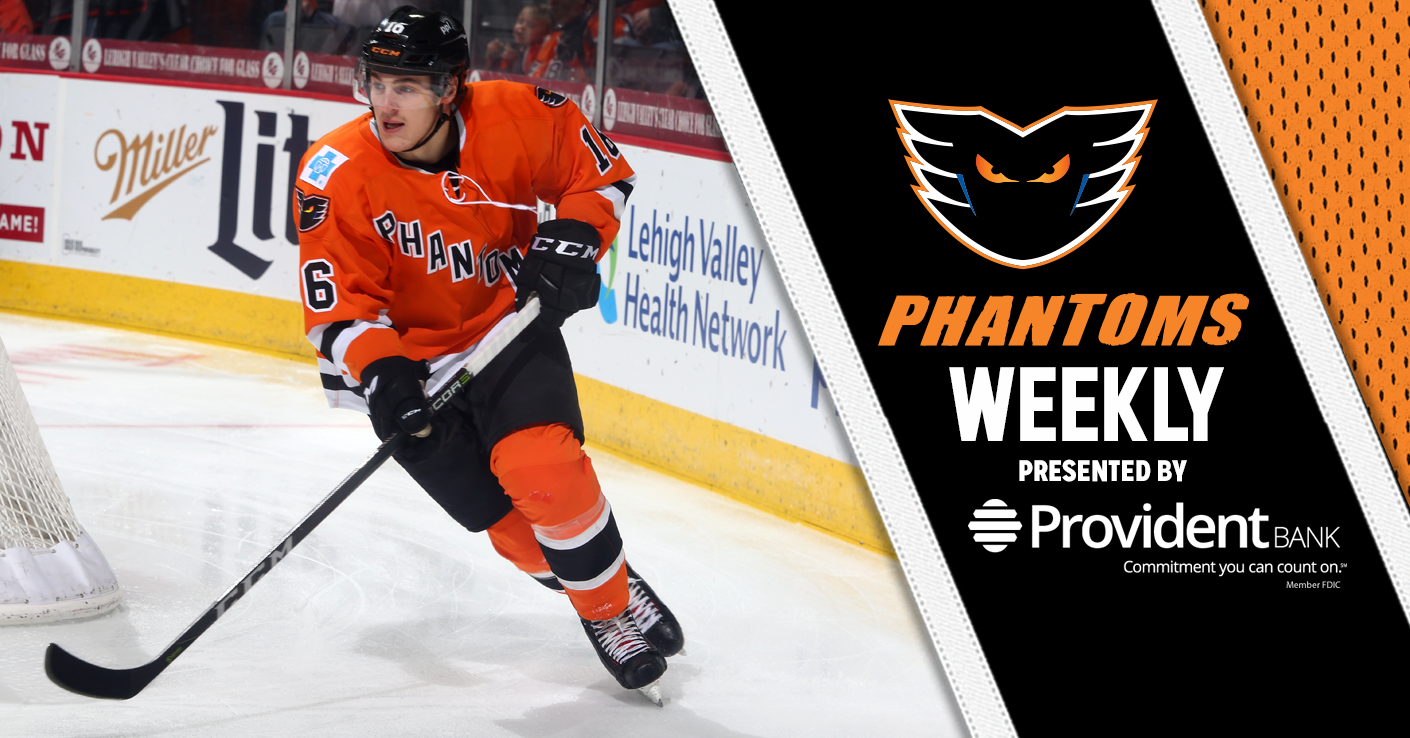 With standings points in four straight games (3-0-1) and wins in five of their last seven outings (5-1-1), the red-hot Lehigh Valley Phantoms (26-13-3-3, 58 pts., 0.644 pts. pct., 2nd Atlantic Division) return from the AHL’s All-Star break with two games this weekend, including a highly-anticipated showdown this Friday at PPL Center. The Phantoms enter the week with the most standings points (58) and tied for the most wins (26) in the tightly-contested Atlantic Division. 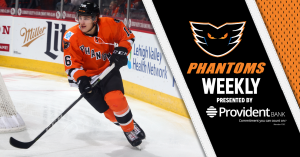 Lehigh Valley returns to action this Friday, February 2 when it welcomes the Charlotte Checkers, AHL affiliate of the Carolina Hurricanes, to downtown Allentown for a 7:05 p.m. clash. Charlotte (24-18-0-2, 50 pts., 0.568 pts. pct., 4th Atlantic Division) dropped a pair of games at the Hartford Wolf Pack last week and returns from the All-Star break having dropped seven of its last 10 games overall (3-6-1). After a 3-2 shootout setback to the Wolf Pack last Friday, the Checkers absorbed a 4-0 blanking at Hartford. Charlotte was held to two goals or fewer in seven of 10 January outings and came out on the wrong end in each of those seven tilts (0-6-1).

Friday’s contest will mark the fifth of eight total meetings during the 2017-18 regular season between the Phantoms and Checkers with the Atlantic Division foes having split their first four collisions. Most recently, Lehigh Valley earned a 3-1 victory over Charlotte at PPL Center on December 29 before the Checkers exacted a little revenge just 24 hours later with a 5-2 win in downtown Allentown. A limited number of tickets remain for Friday’s game and are available HERE. 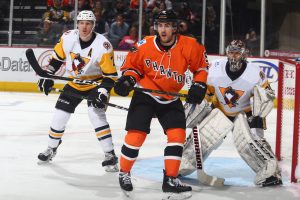 The Phantoms then cap this week’s action on Saturday, February 3 when they invade Mohegan Sun Arena in Wilkes-Barre/Scranton for a 7:05 p.m. tilt with the rival Penguins. Wilkes-Barre/Scranton (26-12-3-1, 56 pts., 0.667 pts. pct., 1st Atlantic Division) won two of three games last week and is coming off an impressive January in which the Penguins claimed eight of 11 outings overall. Wilkes-Barre/Scranton earned a 4-0 shutout over the Hershey Bears last Wednesday before falling in a 5-2 decision at Lehigh Valley on Friday and eventually capping its week with a 4-3 overtime triumph against the Binghamton Devils.

Saturday’s game will be the 10th of 12 total meetings this season between the Phantoms and Penguins with Lehigh Valley having posted a 5-3-1 mark against its in-state rivals this year. Most recently, the Phantoms have claimed four of the last five head-to-head meetings in the season series. Lehigh Valley’s Chris Conner (3 goals, 6 assists) and Wilkes-Barre/Scranton’s Ryan Haggerty (5 goals, 4 assists) currently lead all scorers in the season series with nine points apiece. 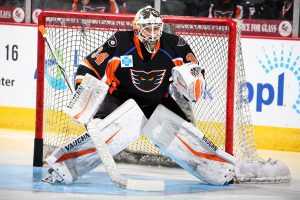 Alex Lyon turned in a sensational 30-save performance and Greg Carey scored his team-leading 18th goal of the season as the Phantoms outlasted the Providence Bruins 3-2 in front of 6,283 fans inside PPL Center. Mike Vecchione (9th) and Alex Krushelnyski (3rd) also found the back of the net for Lehigh Valley while defenseman Maxim Lamarche chipped in a pair of assists as the Phantoms earned their 25th victory of the season.

With Wednesday’s triumph, Lehigh Valley earned its Eastern Conference-leading 13th one-goal win this year as the Phantoms improved to 13-1-2-3 in games decided by just a single goal this season. 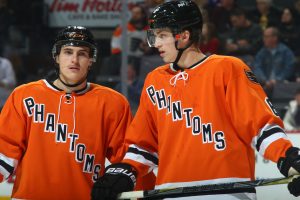 Nic Aube-Kubel tallied two goals and an assist and Alex Lyon turned aside all 26 shots he faced in relief of Dustin Tokarski as the Phantoms earned a come-from-behind 5-2 victory over the Wilkes-Barre/Scranton Penguins in front of 8,462 fans inside PPL Center. Greg Carey notched his team-leading 19th goal of the season to kick start Lehigh Valley’s offense before T.J. Brennan (9th) and Mike Vecchione (10th) also found the back of the net for the Phantoms.

All told, 13 different Lehigh Valley skaters tallied at least one point in the victory as the Phantoms improved to 5-3-1 this season against their in-state rivals. Friday’s crowd marked the seventh standing room-only sellout this year.

Oskar Lindblom tallied his 13th goal of the season and Mike Vecchione (11th) found the back of the net for the third consecutive game as the Phantoms earned a critical standings point as part of a 3-2 overtime decision to the Utica Comets in front of 8,912 fans inside PPL Center. Radel Fazleev registered a pair of assists in the contest in front of goaltender Dustin Tokarski who turned in an impressive 30-save performance.

Saturday’s crowd marked the largest to enjoy a Phantoms game at PPL Center this season as Lehigh Valley skated in front of its second straight standing room-only sellout and eighth overall this year.

Service Electric’s TV2 Sports will be broadcasting live each of the Phantoms’ 16 home games throughout the 2017-2018 regular season. If you can’t make it out to the rink, be sure to catch all the exciting action live in HD quality with Steve Degler, Todd Fedoruk, Doug Heater and Kristi Fulkerson! Pre-game coverage begins with “Phantoms Front and Center” 30 minutes before puck drop.