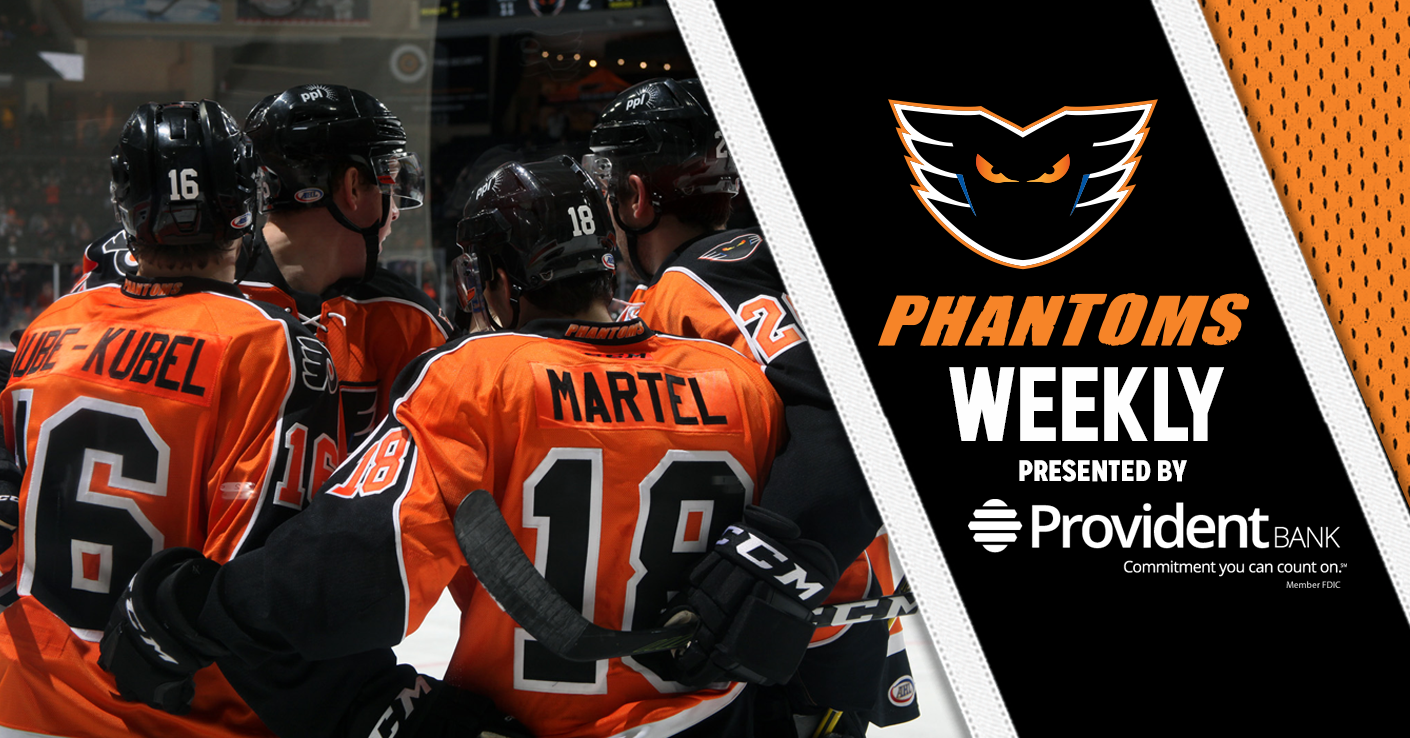 Winners of four straight games and 11 of their last 13 games overall (11-1-1), the red-hot Lehigh Valley Phantoms (38-15-3-4, 83 pts., 0.692 pts. pct., 1st Atlantic Division) return to action for three games this weekend, including two highly-anticipated showdowns at PPL Center. The Phantoms enter the week with the most wins (38) in the Atlantic Division and currently pace all 30 AHL clubs with 83 standings points. What’s more, Lehigh Valley enters the week riding a 12-game home point streak having posted an impressive 10-0-2 mark over the team’s last dozen games at PPL Center. 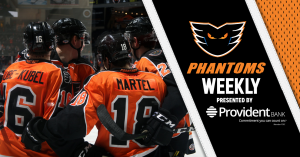 Thanks to the team’s recent surge, Lehigh Valley’s magic number to secure a berth in the 2018 Calder Cup Playoffs is down to just 18 standings points.

The Phantoms return to action this Friday, March 9 when they welcome the Bridgeport Sound Tigers back to PPL Center kicking off a home-and-home weekend series between the Atlantic Division rivals. Bridgeport (28-22-5-3, 64 pts., 0.552 pts. pct., 5th Atlantic Division) won all three of its games last week and enters this week in the midst of a four-game winning streak. After a 2-1 overtime triumph at the Rochester Americans last Wednesday, the Sound Tigers continued their successful road trip with a 4-2 win at the Laval Rocket on Friday before capturing a 4-2 victory at the Belleville Senators on Saturday. Bridgeport has outscored its opposition 11-5 during its recent four-game surge.

Friday’s contest will mark the sixth of eight total meetings during the 2017-18 regular season between the Phantoms and Sound Tigers with Lehigh Valley having claimed each of the first five head-to-head collisions. Most recently, the Phantoms earned a 5-0 shutout of the Sound Tigers in Bridgeport back on February 13. All told, Lehigh Valley has outscored the Sound Tigers 22-10 in the season series while Phantoms’ defenseman T.J. Brennan enters the weekend leading all scorers in the season set with seven points (7 assists).

A limited number of tickets remain for Friday’s game in downtown Allentown and are available HERE.

Lehigh Valley then completes the back end of its home-and-home series with the Sound Tigers with a 7:30 p.m. showdown at Webster Bank Arena in Bridgeport on Saturday. 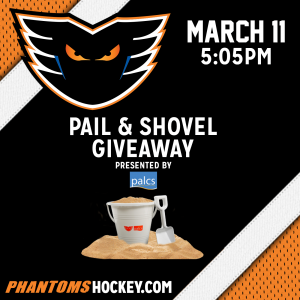 The Phantoms then return to PPL Center on Sunday, March 11 when they cap this week’s action with a 5:05 p.m. clash against the Binghamton Devils. Binghamton (19-30-6-3, 47 pts., 0.405 pts. pct., 6th North Division) won two of four games during a busy week last week and enters this week having claimed six of its last nine outings overall. The Devils opened last week with a 4-1 win at the Belleville Senators on Tuesday and closed the week with a convincing 7-2 triumph over the Utica Comets. In between, Binghamton was handed a 3-2 setback at the Syracuse Crunch on Friday before falling in a 4-0 decision at Lehigh Valley on Saturday.

Sunday’s game will be the sixth and final meeting this season between the Phantoms and Devils with Lehigh Valley having claimed four of the first five head-to-head showdowns. The Phantoms are 1-1 against Binghamton in games at PPL Center and claimed the most recent collision with a 4-0 victory over the Devils last Saturday evening. Lehigh Valley’s Phil Varone currently leads all scorers in the season series with seven points (goal, six assists).

Sunday’s game is Sunday FunDay and features a Phantoms Pail & Shovel Giveaway presented by PALCS free to the first 2,000 kids 14 and under in attendance. A limited number of tickets remain for Sunday’s game and are available HERE. 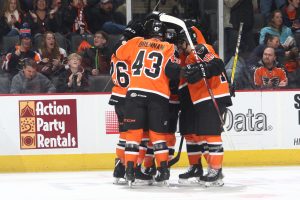 Nic Aube-Kubel tallied two goals and an assist while Danick Martel added a goal and two assists as the Phantoms erased a 5-1 deficit in earning a thrilling, come-from-behind 7-6 triumph over the rival Hershey Bears in front of 7,835 fans inside PPL Center. Chris Conner (14th), Mike Vecchione (14th), Cole Bardreau (5th) and Phil Myers (4th) rounded out the scoring for Lehigh Valley as the Phantoms ran their home point streak to 11 consecutive games (9-0-2).

Goaltenders John Muse and Dustin Tokarski combined for 24 saves between the pipes as Lehigh Valley earned its fifth straight win against the Bears. With Friday’s victory, the Phantoms claimed all six rivalry showdowns against Hershey at PPL Center while outscoring the Bears 33-16 in downtown Allentown. 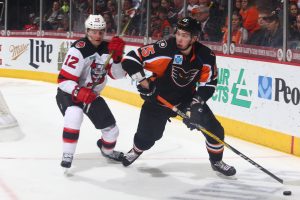 The Phantoms pumped in a pair of power play goals and went a perfect 4-for-4 on the penalty kill as Dustin Tokarski (29 saves) backstopped Lehigh Valley to a 4-0 shutout over the Binghamton Devils in front of 8,757 fans inside PPL Center. Phil Varone (18th), Chris Conner (15th), Corban Knight (12th) and Mikhail Vorobyev (6th) provided the offense for Lehigh Valley as the team extended its home point streak to 12 straight games at PPL Center (10-0-2).

The shutout was Tokarski’s third of the season as the Phantoms skated in front of their 12th standing room-only sellout this year. 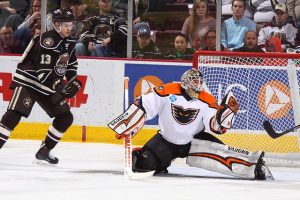 Corban Knight (13th) and Mikahil Vorobyev (7th) both scored in regulation before they both converted again in the shootout in leading the Phantoms to a 3-2 triumph over the Hershey Bears inside Giant Center. Cole Bardreau added a pair of assists in the victory in front of goaltender John Muse who improved to 8-1 overall this season after turning aside 22 of Hershey’s 24 shots in regulation and overtime and another four of the Bears’ five shootout attempts.

Sunday’s game capped the regular season series between Lehigh Valley and Hershey as the Phantoms closed the year with an impressive 10-2 mark head-to-head against their in-state rivals.

Service Electric’s TV2 Sports will be broadcasting live each of the Phantoms’ eight home games throughout the 2017-2018 regular season. If you can’t make it out to the rink, be sure to catch all the exciting action live in HD quality with Steve Degler, Todd Fedoruk, Doug Heater and Kristi Fulkerson! Pre-game coverage begins with “Phantoms Front and Center” 30 minutes before puck drop.