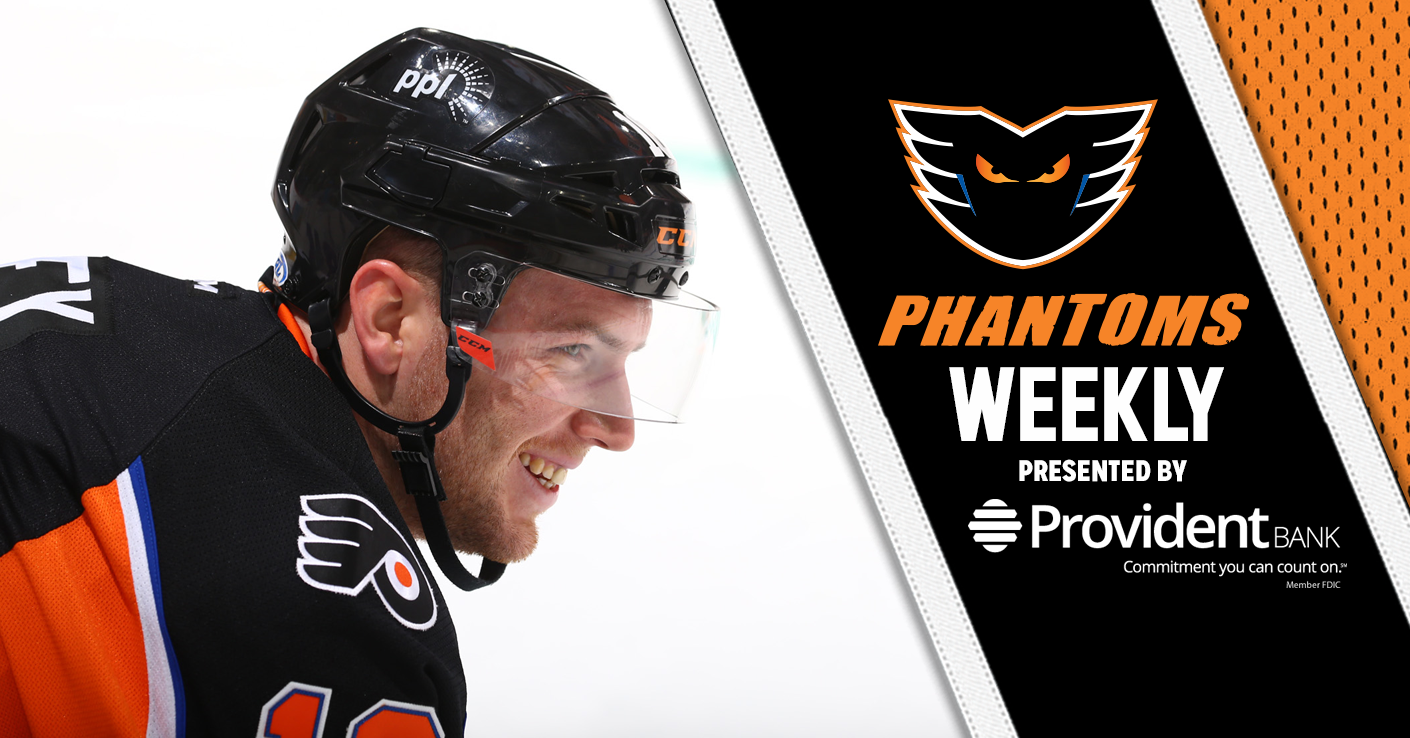 With standings points in nine of their last 10 games (8-1-1) and wins in 12 of their last 16 outings (12-2-2), the first-place Lehigh Valley Phantoms (35-15-3-4, 77 pts., 0.675 pts. pct., 1st Atlantic Division) look to continue their red-hot play across three games this week, including two highly-anticipated showdowns at PPL Center. The Phantoms enter the week with the most wins (35) and standings points (77) in the tightly-contested Atlantic Division. What’s more, Lehigh Valley’s 35 wins and 77 standings points ranks second in the entire 30-team AHL behind just the Toronto Marlies. 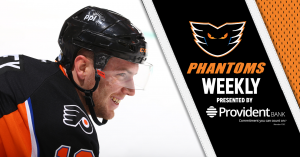 The Phantoms return to action this Friday, March 2 when they welcome the rival Hershey Bears to downtown Allentown for the final time this season. Hershey (23-26-4-4, 54 pts., 0.474 pts. pct., 7th Atlantic Division) dropped two of three games last weekend but enters the week having claimed four of its last six outings overall. After opening last weekend with a 4-2 triumph at the Hartford Wolf Pack on Friday, the Bears were handed a 4-3 overtime loss to the Rockford IceHogs on Saturday followed by a 3-2 regulation defeat at the Wilkes-Barre/Scranton Penguins on Saturday.

Friday’s game will mark the 11th of 12 total meetings during the 2017-18 regular season between Lehigh Valley and Hershey with the Phantoms having posted an impressive 8-2-0 mark through the first 10 head-to-head showdowns. Lehigh Valley has claimed four straight meetings in the season series and six of the last seven head-to-head tilts. What’s more, the Phantoms have outscored the Bears 26-10 when skating in downtown Allentown. Lehigh Valley’s Phil Varone currently leads all scorers in the season series with 11 points (3 goals, 8 assists). 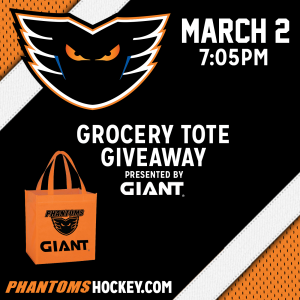 Friday’s game is Go Green Night at PPL Center and features a Phantoms Grocery Tote Giveaway free to the first 6,500 fans in attendance presented by Giant Food Stores. A limited number of tickets remain for Friday’s game and are available HERE.

Lehigh Valley then continues this week’s action on Saturday, March 3 when the Phantoms host the Binghamton Devils in downtown Allentown. Binghamton (17-28-6-3, 43 pts., 0.398 pts. pct., 7th North Division) won two of three games last week and enters this week’s action having claimed four of its last five outings overall. The Devils earned an impressive 3-1 victory over the first-place Toronto Marlies last Wednesday before capturing a 5-1 win over the Belleville Senators on Friday only to close the week with a 2-1 setback to the Phantoms.

Saturday’s contest will be the fifth of six meetings this year between Lehigh Valley and Binghamton with the Phantoms having already taken three of the first four head-to-head showdowns. Lehigh Valley claimed each of the three meetings in the season series at Floyd L. Maines Veterans Memorial Arena in Binghamton and was handed its only loss in the season set in a 3-0 decision at PPL Center back on November 29.

A limited number of tickets remain for Saturday’s contest and are available HERE.

The Phantoms then cap this week’s action on Sunday, March 4 at 5:00 p.m. when the team invades Giant Center in Hershey for its final regular season clash with the rival Bears. Lehigh Valley has won two straight tilts in Hershey and is 3-2 overall in games played at Giant Center this year. 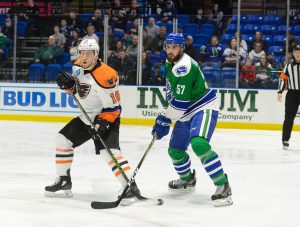 Phil Varone recorded the 11th hat trick in Lehigh Valley Phantoms history as the Phantoms extended their point streak to eight straight games (7-0-1) with a 6-4 victory over the Utica Comets. Greg Carey netted his team-leading 22nd conversion in the triumph while T.J. Brennan (12th) and Cole Bardreau (5th) rounded out the scoring for Lehigh Valley. Goaltender John Muse earned his sixth win of the season thanks to an impressive 36-save performance as the Phantoms finished the year 1-0-1 against the Comets.

Matt Read netted his seventh goal of the season and Dustin Tokarski turned in a strong 29-save performance between the pipes but the Syracuse Crunch were able to snap Lehigh Valley’s eight-game point streak with a 2-1 win inside the Onondaga County War Memorial Arena. Read’s goal was the Phantoms’ seventh shorthanded marker this season as Lehigh Valley was handed its first regulation setback since February 3. 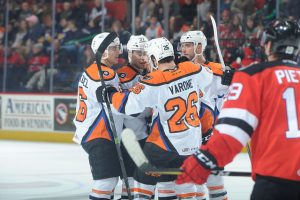 Greg Carey tallied his team-leading 23rd goal of the season and Chris Conner buried the game-winning conversion early in the third period as the Phantoms doubled up the Binghamton Devils 2-1 inside Floyd L. Maines Veterans Memorial Arena. Goaltender John Muse backstopped the win as he turned aside 26 of Binghamton’s 27 total shots as the Phantoms earned their 12th win over the last 16 games (12-2-2).

Phil Varone assisted on Carey’s goal as he collected his league-leading 56th point this season.

Service Electric’s TV2 Sports will be broadcasting live each of the Phantoms’ 10 home games throughout the 2017-2018 regular season. If you can’t make it out to the rink, be sure to catch all the exciting action live in HD quality with Steve Degler, Todd Fedoruk, Doug Heater and Kristi Fulkerson! Pre-game coverage begins with “Phantoms Front and Center” 30 minutes before puck drop.