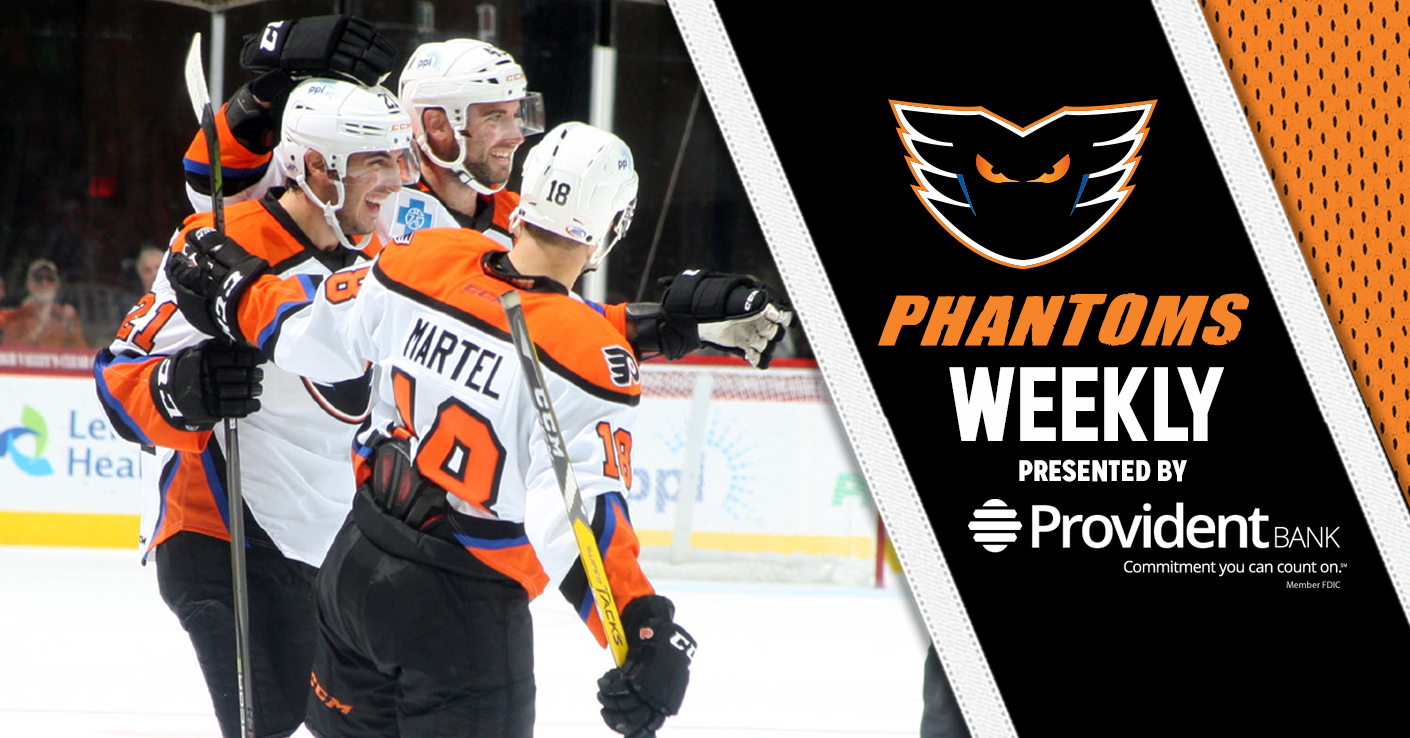 The Phantoms are on the verge of their 12th postseason appearance in the franchise’s 22-year history. 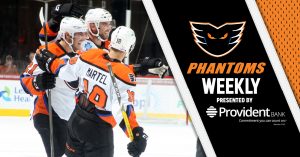 Lehigh Valley returns to action this Friday, April 13 when the team welcomes the Bridgeport Sound Tigers, AHL affiliate of the New York Islanders, to PPL Center for the final time this season. Bridgeport (36-29-5-3, 80 pts., 0.548 pts. pct., 5th Atlantic Division) won two of four games during a busy stretch last week. After a 3-2 victory over the Providence Bruins on Tuesday and a 4-3 triumph at the Wilkes-Barre/Scranton Penguins on Friday, the Sound Tigers absorbed a little revenge in being handed a 4-2 loss to the Bruins on Saturday followed by a 5-2 defeat to the Penguins on Sunday. Bridgeport enters the week having claimed three of its last five games and five of eight overall.

Friday’s contest will mark the eighth and final meeting of the 2017-18 regular season between the Phantoms and Sound Tigers with Lehigh Valley having posted a 6-1 mark through the first seven head-to-head collisions. Phantoms’ forward Phil Varone currently leads all scorers in the season series with nine points (2 goals, 7 assists) while Lehigh Valley blueliner T.J. Brennan is second with eight points (8 assists). The Phantoms are 2-1 against Bridgeport at PPL Center this season and have outscored the Sound Tigers 28-14 overall in the season series. 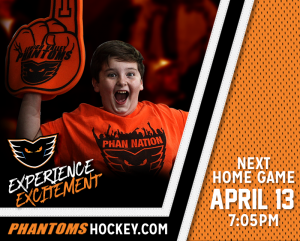 Friday’s game features the annual Canned Food Drive presented by GIANT Food Stores. Canned food donations will be accepted at all entrances and all donations will go to Second Harvest Food Bank of the Lehigh Valley. A limited number of tickets remain for Friday’s game and are available HERE.

The Phantoms then cap the 2017-18 regular season on Saturday, April 14 when they welcome the rival Wilkes-Barre/Scranton Penguins to downtown Allentown for a 7:05 p.m. clash. Wilkes-Barre/Scranton (43-22-6-2, 94 pts., 0.644 pts. pct., 2nd Atlantic Division) claimed three of four games last week in remaining in sole possession of second place in the tightly-contested Atlantic Division. After a 5-3 victory over the Hershey Bears on Tuesday, the Penguins were handed a 4-3 loss by the Sound Tigers on Friday before bouncing back with a 7-4 win over the Binghamton Devils on Saturday followed by a 5-2 triumph in Bridgeport on Sunday to close the busy week.

Saturday’s game will be the 12th and final regular season meeting this year between Lehigh Valley and Wilkes-Barre/Scranton with the Phantoms having posted a 6-4-1 mark through the first 11 get-togethers. Lehigh Valley’s Chris Conner (4 goals, 6 assists) and Penguins’ forward Jean-Sebastien Dea (5 goals, 5 assists) currently lead all scorers in the season series with 10 points each. The Phantoms are an impressive 4-0-1 against Wilkes-Barre/Scranton at PPL Center this season and have outscored the Penguins 22-11 in downtown Allentown this year.

A limited number of tickets remain for Saturday’s regular season finale and are available HERE.

Radel Fazleev (4th) tallied Lehigh Valley’s 11th shorthanded goal this season and Dustin Tokarski turned in an impressive 36-save performance but the Charlotte Checkers were able to emerge with a 3-1 win over the Phantoms in front of 4,443 fans inside Bojangles’ Coliseum. Andrew Poturalski (20th), Marcus Kruger (2nd) and Mike Ferrantino (3rd) all scored in the third period for Charlotte in front of Checkers’ goaltender Jeremy Smith who earned the victory between the pipes with 21 saves on Lehigh Valley’s 22 total shots. 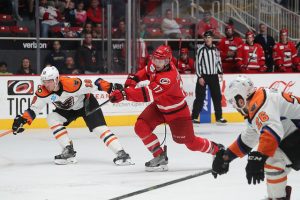 Colin McDonald netted his 7th goal of the season and John Muse returned between the pipes for Lehigh Valley with an 18-save outing but the Charlotte Checkers prevailed in a 6-1 decision over the Phantoms. Nicolas Roy paced Charlotte’s offensive effort with a four-point night (goal, 3 assists) while Trevor Carrick (3 assists), Andrew Poturalski (2 goals), and Sergey Tolchinsky (goal, assist) each contributed multi-point efforts.

Callum Booth earned the win in net for the Checkers after turning aside 30 of Lehigh Valley’s 31 total shots as the Phantoms finished the regular season 4-4 against Charlotte.

Phil Varone (22nd) scored with just 18 seconds left in regulation as the Lehigh Valley Phantoms claimed a critical standings point in a 3-2 overtime decision at the Hartford Wolf Pack. Mikhail Vorobyev (9th) also found the back of the net for Lehigh Valley in front of goaltender Dustin Tokarski who turned in a strong 27-save performance. 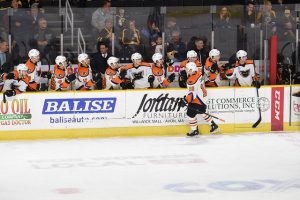 Colin McDonald registered a goal and two assists and Phil Varone added a goal and an assist as the Phantoms doubled up the Providence Bruins 6-3 in front of 8,521 fans inside Dunkin Donuts Center. With the win, Lehigh Valley claimed the Atlantic Division regular season championship and home-ice advantage through at least the first two rounds of the 2018 Calder Cup Playoffs.

Greg Carey netted his team-leading 31st goal of the season in the victory while forward Carsen Twarynski opened the scoring with his first professional conversion. T.J. Brennan (14th) and Cole Bardreau (11th) rounded out the scoring fro the Phantoms in front of goaltender John Muse who earned his 11th win of the year after denying 32 of Providence’s 35 total shots.

Service Electric’s TV2 Sports will be broadcasting live each of the Phantoms’ two remaining regular season home games on Friday, April 13 and Saturday, April 14. If you can’t make it out to the rink, be sure to catch all the exciting action live in HD quality with Steve Degler, Todd Fedoruk, Doug Heater and Kristi Fulkerson! Pre-game coverage begins with “Phantoms Front and Center” 30 minutes before puck drop.

Tickets for each and every Phantoms home game throughout the 2017-18 season along with each home contest during the 2018 Calder Cup Playoffs are available online at pplcenter.com, by calling 610-347-TIXX [8499] or in-person at the QNB Box Office [7th & Hamilton].