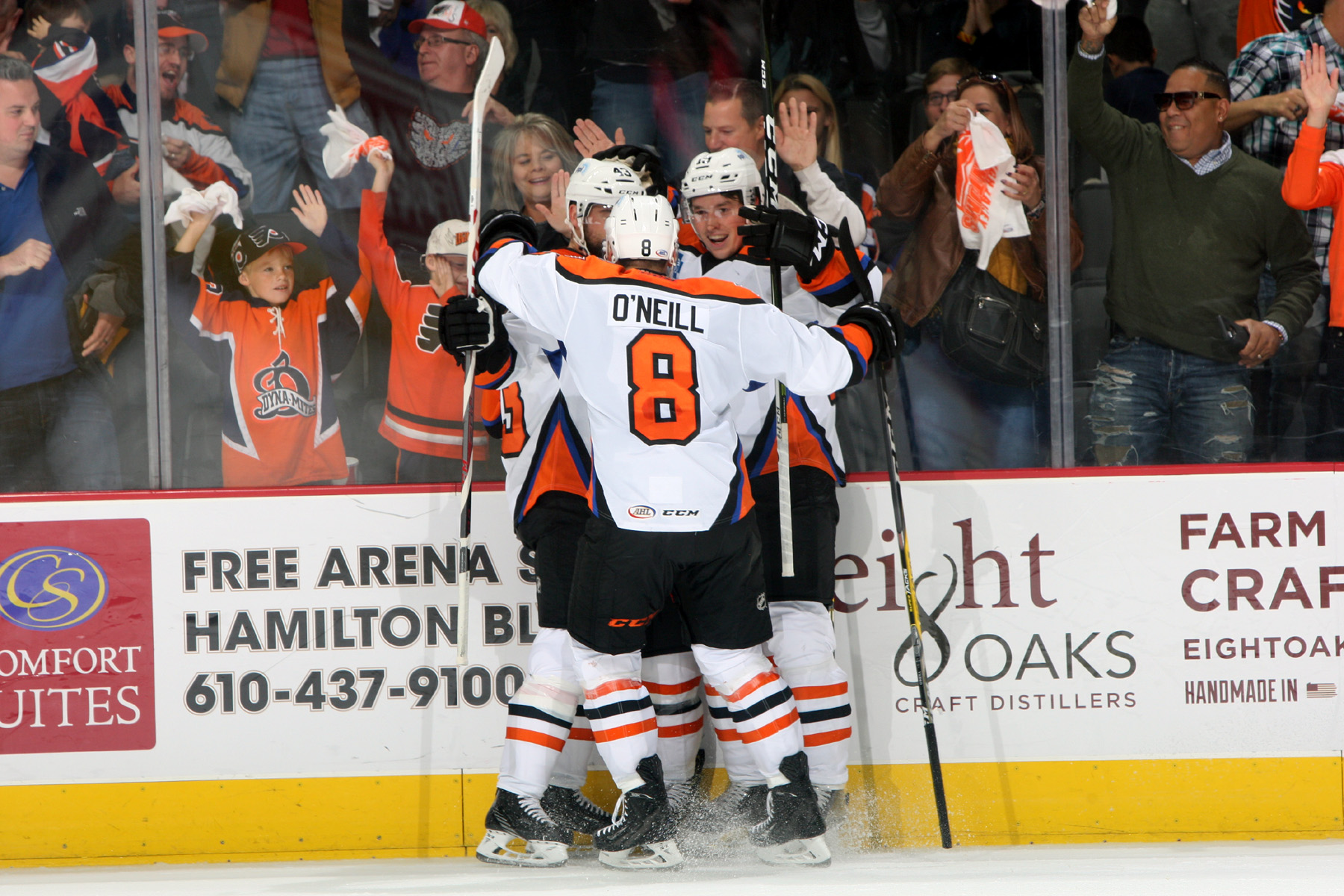 The Lehigh Valley Phantoms (1-1-1, 3 pts., T-3rd Atlantic Division) hit the road for the first time this season as they prepare for a three-game weekend, which culminates in the renewal of their rivalry with the Hershey Bears. 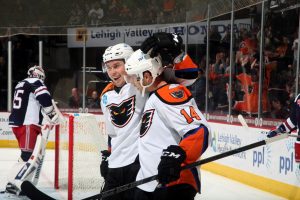 Lehigh Valley’s packed weekend begins this Friday, October 28 when the Phantoms invade the XL Center in Hartford for a 7:15 p.m. showdown with the Wolf Pack. Hartford (2-2-0, 4 pts., T-3rd Atlantic Division) split a pair of games last weekend earning a 5-4 overtime victory against the Phantoms on Saturday before being handed a 5-2 setback at home to the St. John’s IceCaps Sunday. Friday’s contest will mark the second of eight total meetings during the 2016-17 regular season between the Phantoms and Wolf Pack with the two clubs set to face off again in Hartford just five days after Friday’s collision.

Lehigh Valley then hits the Webster Bank Arena in Bridgeport on Saturday, October 29 for a 7:00 p.m. tilt with the Sound Tigers. Like Hartford, Bridgeport (2-2-0, 4 pts., T-3rd Atlantic Division) split a pair of games last weekend with a 5-2 win over the Phantoms on Friday followed by a 5-2 setback at the Hershey Bears on Saturday. This Saturday’s meeting will be the second of eight total gatherings between Lehigh Valley and Bridgeport this season and will mark the first of three straight showdowns in the rivalry series at Webster Bank Arena. (Oct. 29, Nov. 19, Dec. 4).

The Phantoms then cap their three-game stretch on Sunday, October 30 as they renew their in-state rivalry with the Hershey Bears in a 5:00 p.m. showdown. Hershey (1-2-1, 4 pts., 6th Atlantic Division) also split its two games last weekend grabbing a 5-2 win over the Sound Tigers on Saturday before falling 2-1 in overtime to the Wilkes-Barre/Scranton Penguins on Sunday. This Sunday’s contest will mark the first of 12 total meetings during the 2016-17 regular season between Lehigh Valley and Hershey. The Phantoms and Bears have squared off 24 total times since the Phantoms arrived in the Lehigh Valley with Lehigh Valley having posted an 11-13 head-to-head mark against their in-state rivals. 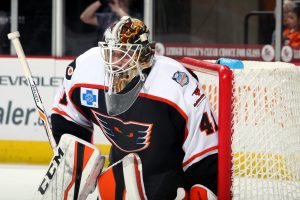 Colin McDonald and Greg Carey each scored their first goals of the 2016-17 season but it was the visiting Bridgeport Sound Tigers who were able to claim a 5-2 decision over the Phantoms in front of 7,072 fans at PPL Center. Carter Verhaeghe (goal, assist) and Bracken Kearns (2 assists) paced the offensive effort for Bridgeport while goaltender Christopher Gibson earned the win between the pipes with 18 saves on Lehigh Valley’s 20 shots. Meanwhile, Anthony Stolarz turned in a 26-save performance for the Phantoms. 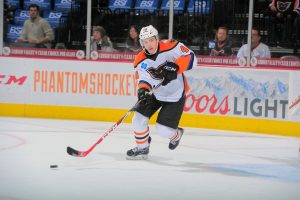 Andy Miele, Mark Zengerle and Chris Conner all scored third-period goals as the Phantoms erased a pair of late deficits en route to a critical standings point in a 5-4 overtime setback to the Hartford Wolf Pack in front of 7,892 fans at PPL Center. Corban Knight added a shorthanded tally for Lehigh Valley in front of first-year goaltender Alex Lyon, who registered 29 saves in his first career professional start.