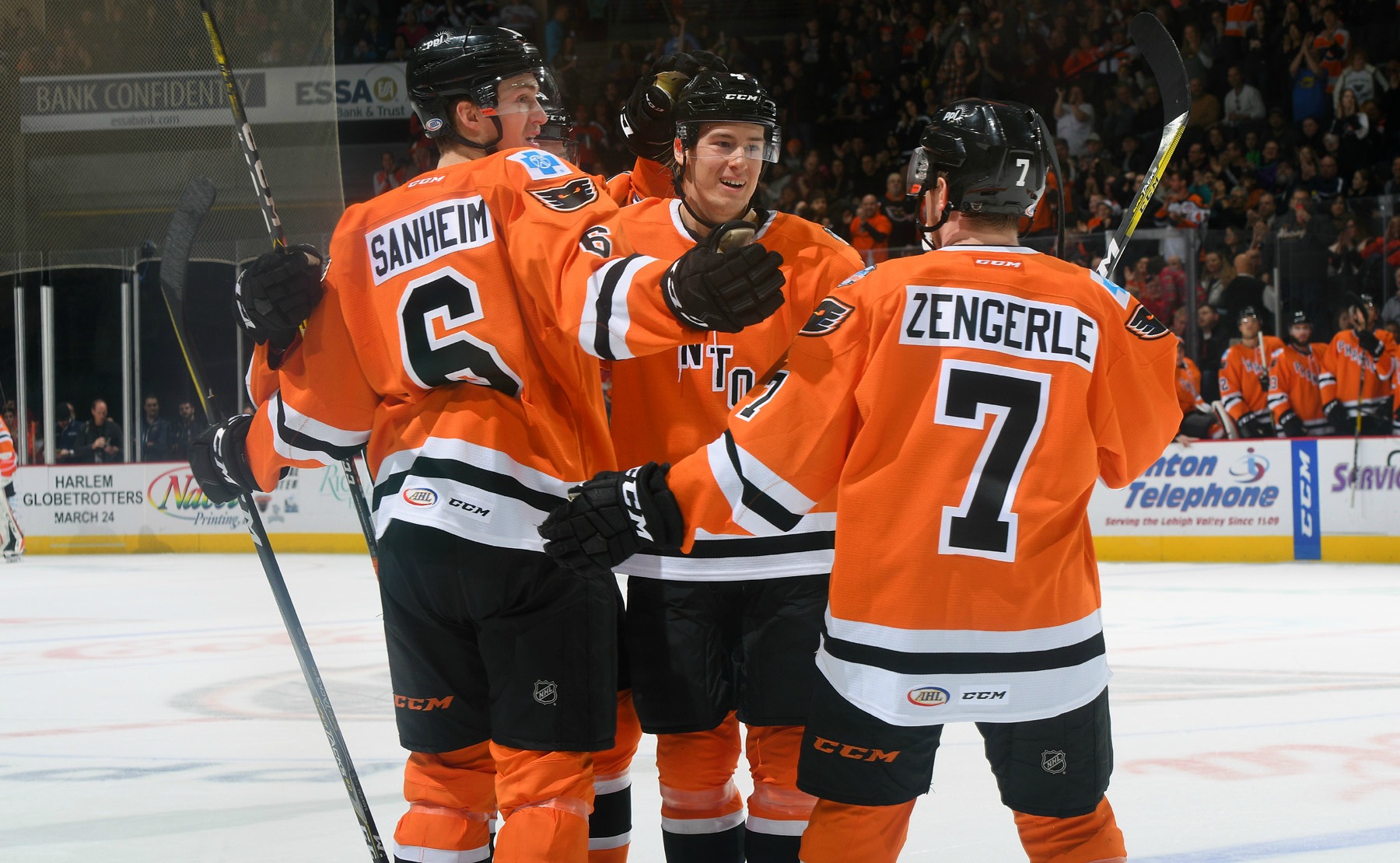 After enjoying six of their last nine games inside the friendly confines of PPL Center, the Lehigh Valley Phantoms (34-17-3, 71 pts., 3rd Atlantic Division) kick off a four-game road swing this weekend with a three-game Northeast road trip. 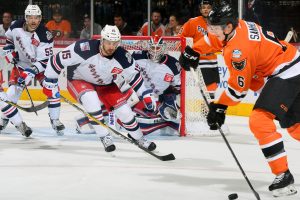 The Phantoms return to the frozen surface this Friday, March 3 when they visit the MassMutual Center in Springfield for a rematch with the Thunderbirds. Springfield (22-24-9, 53 pts., 6th Atlantic Division) won two of three games last weekend and enters the week having claimed five of its last six outings overall. After a 5-3 victory over the Phantoms last Friday, the Thunderbirds made it five straight triumphs with a 2-0 shutout of the Hartford Wolf Pack on Saturday before falling in a 3-0 decision at the Providence Bruins on Sunday.

Friday’s contest will mark the fifth of six total meetings during the 2016-2017 regular season between Lehigh Valley and Springfield with the Phantoms having taken three of the first four collisions. Lehigh Valley has outscored Springfield 17-14 to date and is 1-1 in games played at MassMutual Center this season. The regular season series between the Phantoms and Thunderbirds will then conclude on Saturday, April 8 back at PPL Center.

Lehigh Valley’s road swing then continues on Saturday, March 4 when the Phantoms invade the XL Center in Hartford for an afternoon showdown with the Wolf Pack. Hartford (20-30-5, 45 pts., 7th Atlantic Division) earned just one win in three tries last weekend and enters the week having fallen in five of its last seven games overall. After a 6-1 loss to the Hershey Bears last Friday and a 2-0 defeat in Springfield on Saturday, the Wolf Pack closed their week on a high note with a 3-1 home win over the Binghamton Senators. 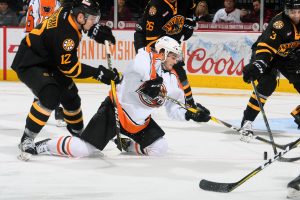 Saturday’s game will be the eighth and final regular season meeting between Lehigh Valley and Hartford with the Phantoms having posted a 3-3-1 mark against their Atlantic Division foes this year. The Phantoms have outscored the Wolf Pack 23-18 through the first seven meetings and are 2-1 in four previous games played at XL Center this year.

The Phantoms then cap this week’s action on Sunday, March 5 when Lehigh Valley hits the Dunkin’ Donuts Center in Providence for a 3:05 p.m. tilt with the Bruins. Providence (33-14-9, 75 pts., 2nd Atlantic Division) won all three of its games last weekend and enters the week in the midst of a four-game winning streak. What’s more, the Bruins enter the week having claimed six of their last seven games overall. After sweeping a home-and-home series with the Bridgeport Sound Tigers (2-1 win on Friday, 4-3 win on Saturday), Providence capped its productive weekend with a 3-0 shutout of Springfield.

Sunday’s contest will mark the fifth of six total meetings during the 2016-17 regular season between the Phantoms and Bruins with Lehigh Valley having claimed three of the first four head-to-head collisions.

Greg Carey (24th), Chris Conner (11th) and Radel Fazleev (5th) all scored in front of goaltender Anthony Stolarz (30 saves) but the Springfield Thunderbirds were able to use a four-goal second period en route to a 5-3 victory inside MassMutual Center. Paul Thompson and Dryden Hunt paced Springfield’s offense with two goals and an assist each while netminder Reto Berra notched the win with 22 saves on 25 Lehigh Valley shots.

The Phantoms’ special teams put forth another strong showing as Lehigh Valley converted a pair of power play markers in five opportunities while the team’s penalty kill successfully thwarted each of the Thunderbirds’ four man-advantage chances. 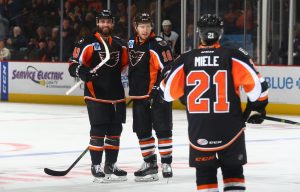 Greg Carey notched a goal and an assist and Andy Miele added a pair of helpers as the Phantoms earned a critical standings point through a 4-3 overtime decisions against the rival Wilkes-Barre/Scranton Penguins in front of 8,869 fans inside PPL Center. In addition to Carey’s league-leading 25th tally of the year, Danick Martel (14th) and Corban Knight (7th) also scored for the Phantoms.

Lehigh Valley’s special teams was on fire again as the power play went 2-for-3 while its penalty kill stymied each of Wilkes-Barre/Scranton’s two man-advantage opportunities. Saturday’s standing room-only sellout marked the fifth straight capacity crowd enjoyed at PPL Center and the 13th such crowd produced by Phantoms fans this season.

Service Electric’s TV2 Sports will be broadcasting live all of the Phantoms’ 11 remaining regular season home games. If you can’t make it out to the rink, be sure to catch all the exciting action live in HD quality with Steve Degler, Todd Fedoruk, Doug Heater and Kristi Fulkerson! Pre-game coverage begins with “Phantoms Front and Center” 30 minutes before puck drop. And don’t miss “Phantoms – Breaking the Ice” every Monday from 7:00 – 7:30 p.m. throughout the season live at Chickie’s & Pete’s at PPL Center!

Tickets for each of the Phantoms’ 11 remaining regular season home games are available now online at pplcenter.com, by calling 610-347-TIXX [8499] or in-person at the PPL Center Box Office [7th & Hamilton].