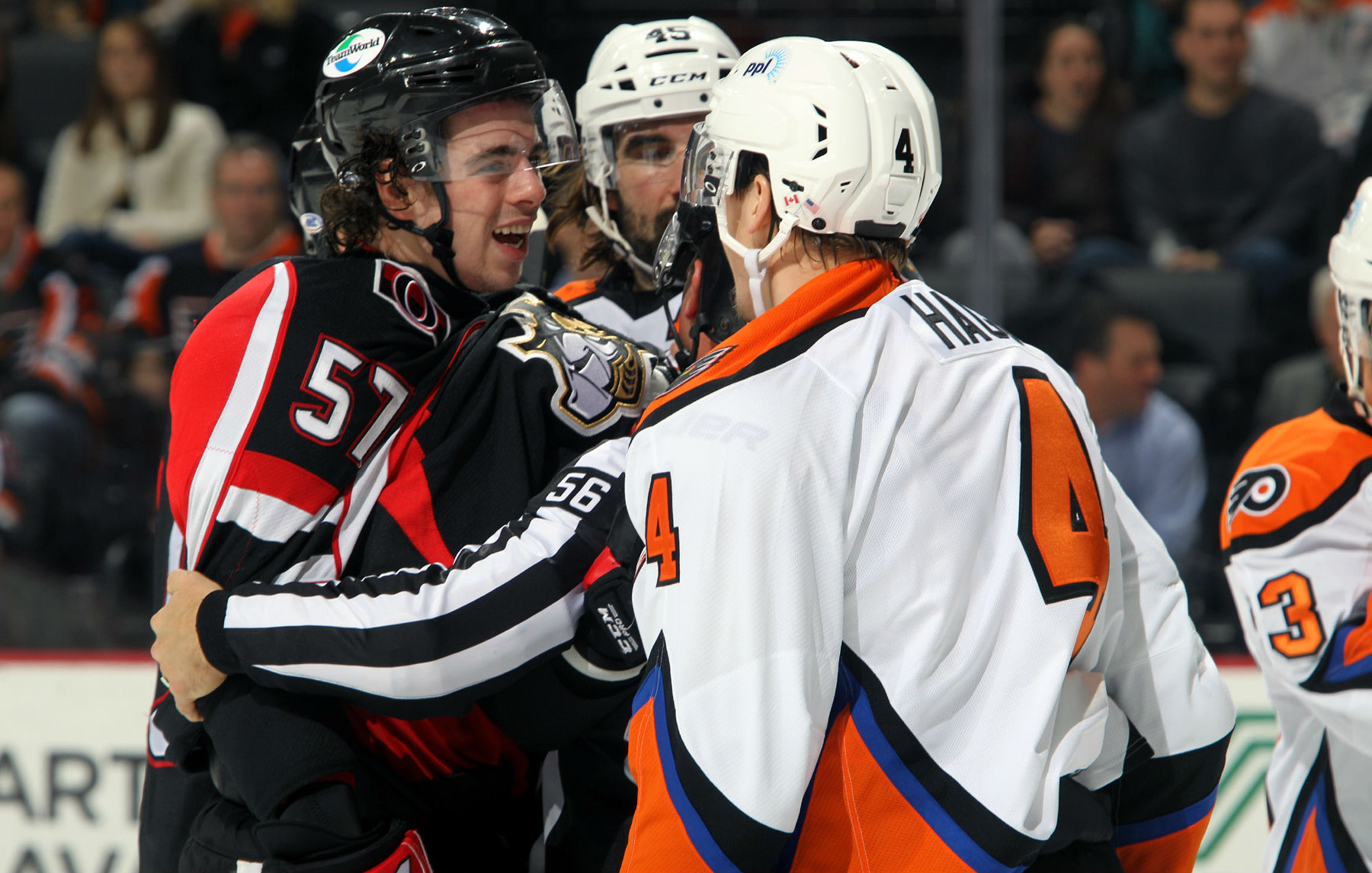 The Lehigh Valley Phantoms kick off a five-game road trip this week as the club closes out 2014 and rings in 2015 with a trio of games. 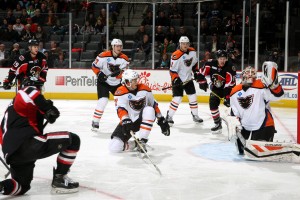 First, Lehigh Valley (14-11-4-1, 33 pts.) closes the book on 2014 this Wednesday when the Phantoms head up to Binghamton for a New Year’s Eve clash with the Senators. Wednesday’s tilt will be the fourth of 10 total meetings during the 2014-2015 regular season with Lehigh Valley holding a 2-1 record to date against Binghamton. The Phantoms kicked off the season series with a dramatic 5-4 overtime victory on the road back on October 25th and followed that up with a 5-3 triumph over the Senators at PPL Center on December 17th in the most recent get-together. Meanwhile, Binghamton (14-13-2-1, 31 pts.) claimed the middle game of the season set with a 3-1 win at Floyd L. Maines Veterans Memorial Arena on December 12th.

Lehigh Valley enters the week in sole possession of third place in the East Division. The Phantoms have won three of their last five outings and have garnered at least one standings point in six of their last seven tilts overall to move to within just two standings points of second-place Hershey and only six points back of division-leading Wilkes-Barre/Scranton. Lehigh Valley still possesses one game-in-hand on the Bears and three over the rival Penguins. Meanwhile, the Senators are presently fourth among the five teams in the East Division. Binghamton enters the week two points behind the Phantoms and six points clear of the fifth-place Norfolk Admirals following wins over Wilkes-Barre/Scranton and Hershey last weekend.

Lehigh Valley then rings in the new year this Friday and Saturday with a weekend series in Norfolk. The two showdowns this weekend will be the third and fourth meetings respectively of eight total collisions between the Phantoms and Admirals this season. Lehigh Valley is 2-0 against Norfolk this season after a pair of one-goal triumphs at PPL Center (4-3 on November 29, 3-2 (SO) last Saturday). The Admirals (12-18-0-1, 25 pts.) are currently last among the five teams in the East Division and trail the Phantoms by eight standings points coming into the week. 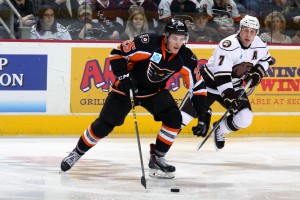 Blair Jones opened the scoring for Lehigh Valley with his third goal of the season and Jay Rosehill notched his first tally of the year but the Hershey Bears were able to rally past the Phantoms for a 4-2 win at Giant Center last Friday. Jason Akeson and Oliver Lauridsen garnered assists in the game for Lehigh Valley while Anthony Stolarz and Martin Ouellette combined for 38 saves in the setback.

The rivalry showdown was a particularly scrappy affair that featured four fights and 90 combined penalty minutes between the in-state rivals. Despite the setback, the Phantoms are still 3-2 against the Bears this season. The home team has now won each of the first five head-to-head meetings between Lehigh Valley and Hershey. 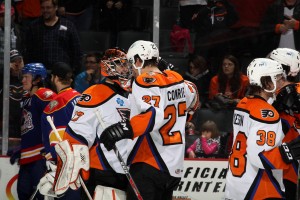 Less than 24 hours after being recalled from their loans to the Reading Royals, Adam Comrie and Martin Ouellette had an instant impact in Lehigh Valley as Comrie netted the shootout game-winner and Ouellette notched 33 saves in his first career AHL start as the Phantoms earned a dramatic 3-2 triumph in front of 8,918 fans at PPL Center. Saturday’s crowd was the largest in Lehigh Valley Phantoms history and marked the seventh sellout of the season at PPL Center.

Nick Cousins and Jason Akeson both scored in regulation for Lehigh Valley while Zack Stortini chipped in a pair of assists. With the win, the Phantoms improved to 9-4-2-1 when scoring first this season and 10-4 when converting a man-advantage marker this year. Lehigh Valley’s penalty kill was also a perfect 4-for-4 in the win.