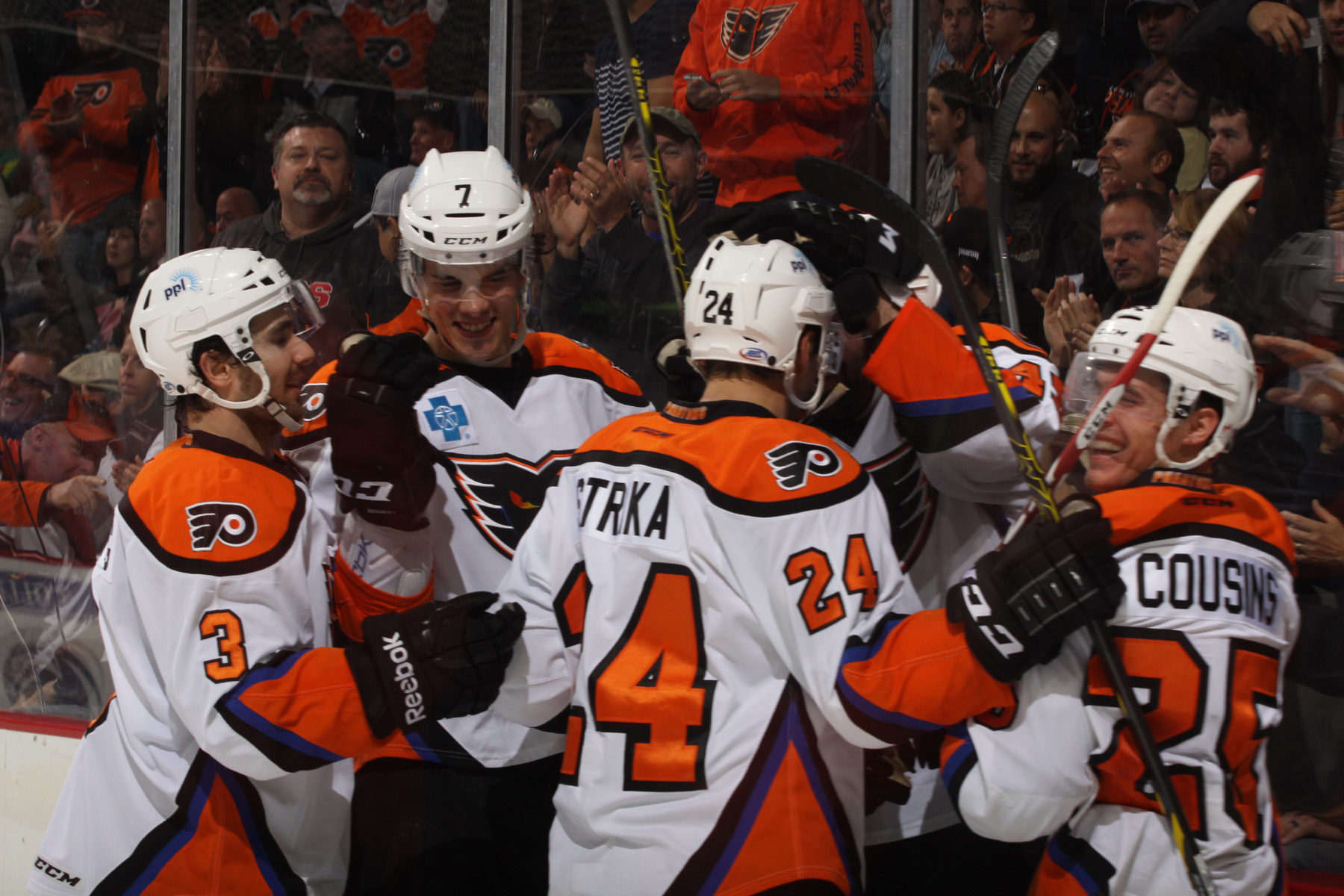 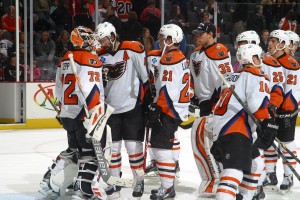 Tickets for the November 15th contest are available now at the Mealey’s Furniture Box Office at PPL Center (701 Hamilton Street), by calling 610-347-TIXX (8499) or online at pplcenter.com.

Lehigh Valley (4-3-1, 9 pts.) enters the week in sole possession of third place in the East Division. The Phantoms currently sit just three points back of the first-place Hershey Bears and only two points behind second-place Wilkes-Barre/Scranton while having played two and three fewer games than those teams respectively.

Lehigh Valley’s busy week begins Wednesday when the Phantoms collide with the AHL affiliate to the San Jose Sharks. Worcester (5-3-1, 11 pts.) is currently second in the Atlantic Division and split its two meetings with the Phantoms a year ago.

Lehigh Valley then travels to Manchester on Friday for a match-up with the AHL affiliate of the Los Angeles Kings. The Monarchs (5-3-0, 10 pts.) are tied for third in the Atlantic Division after winning two of three games last weekend. Manchester took both head-to-head meetings with the Adirondack Phantoms last season.

The busy week then concludes on Saturday with a clash against the Portland Pirates, the AHL affiliate of the Arizona Coyotes. Portland (5-5-0, 10 pts.) is locked in a three-way tie for third place in the Atlantic Division and is coming off a week in which the team won three consecutive contests, including a pair of one-goal games. The Pirates swept a home-and-homes series with the Phantoms last year.

Ready for the Road 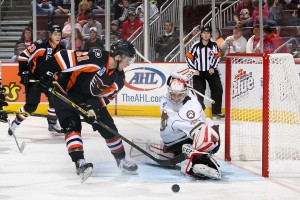 The Phantoms have split their first four road games of the 2014-2015 regular season. Lehigh Valley earned an Opening Night 5-2 victory at Wilkes-Barre/Scranton before being handed a 4-2 setback against the Adirondack Flames exactly one week later. Lehigh Valley rebounded on October 25th with a dramatic 5-4 overtime triumph at the Binghamton Senators but fell short in a 3-0 loss at the Hershey Bears the following evening.

Now the Phantoms hit the road for the next four contests with an opportunity to continue to grow closer as a team.

“It can do very good things for you to get out on the road,” Phantoms head coach Terry Murray said following Saturday’s game. “Getting to know your teammates, going to dinner, playing , practicing. It’s going to be good.”

Lehigh Valley has scored 12 of its 23 total goals this season on the road while the club’s power play has gone an impressive 5-for-16 (31.3 percent) through its first four road outings. 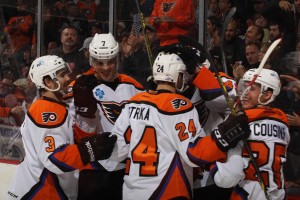 Zack Stortini scored his first goal of the season and Rob Zepp recorded 30 saves as the Phantoms earned a critical standings point in a come-from-behind 2-1 setback against Wilkes-Barre/Scranton. 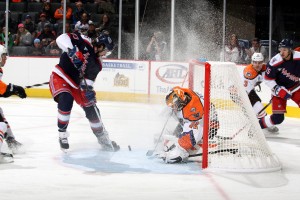 Kevin Goumas scored the quickest goal of the season for the Phantoms while Nick Cousins added his team-leading 10th point of the year but it wasn’t quite enough as Lehigh Valley was handed a 4-2 setback to the Hartford Wolf Pack.

Goaltender Rob Zepp amassed 31 saves in the contest as the Phantoms played in front of their second-largest regular season crowd at PPL Center (8,114).

Second-year Phantoms forward Nick Cousins enters the week first among all Lehigh Valley skaters and tied for seventh among all AHLers in total scoring with 10 points. A native of Belleville, Ontario, Cousins has produced three goals, seven assists and four multi-point games through the team’s first eight contests overall. The 5’11”, 177-pound forward has managed at least one point in six of Lehigh Valley’s first eight games this season. 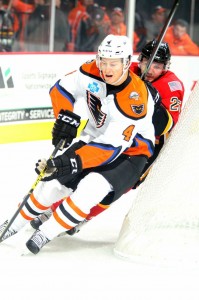 Meanwhile, rookie center Scott Laughton leads all Phantoms and is tied for first among all AHL rookies with five goals scored. The 20-year-old pivot is second among all Lehigh Valley skaters with 23 shots on goal and is one of only two AHL rookies to have buried a shorthanded goal through the season’s opening month.

Finally, first-year defender Robert Hagg is tied for the team lead in defensive scoring with five points. The native of Uppsala, Sweden enters the week first among all Phantoms in shots on goal (27), tied for first among all AHL rookies in power play points (four) and tied for second among first-year AHLers in man-advantage assists (three).