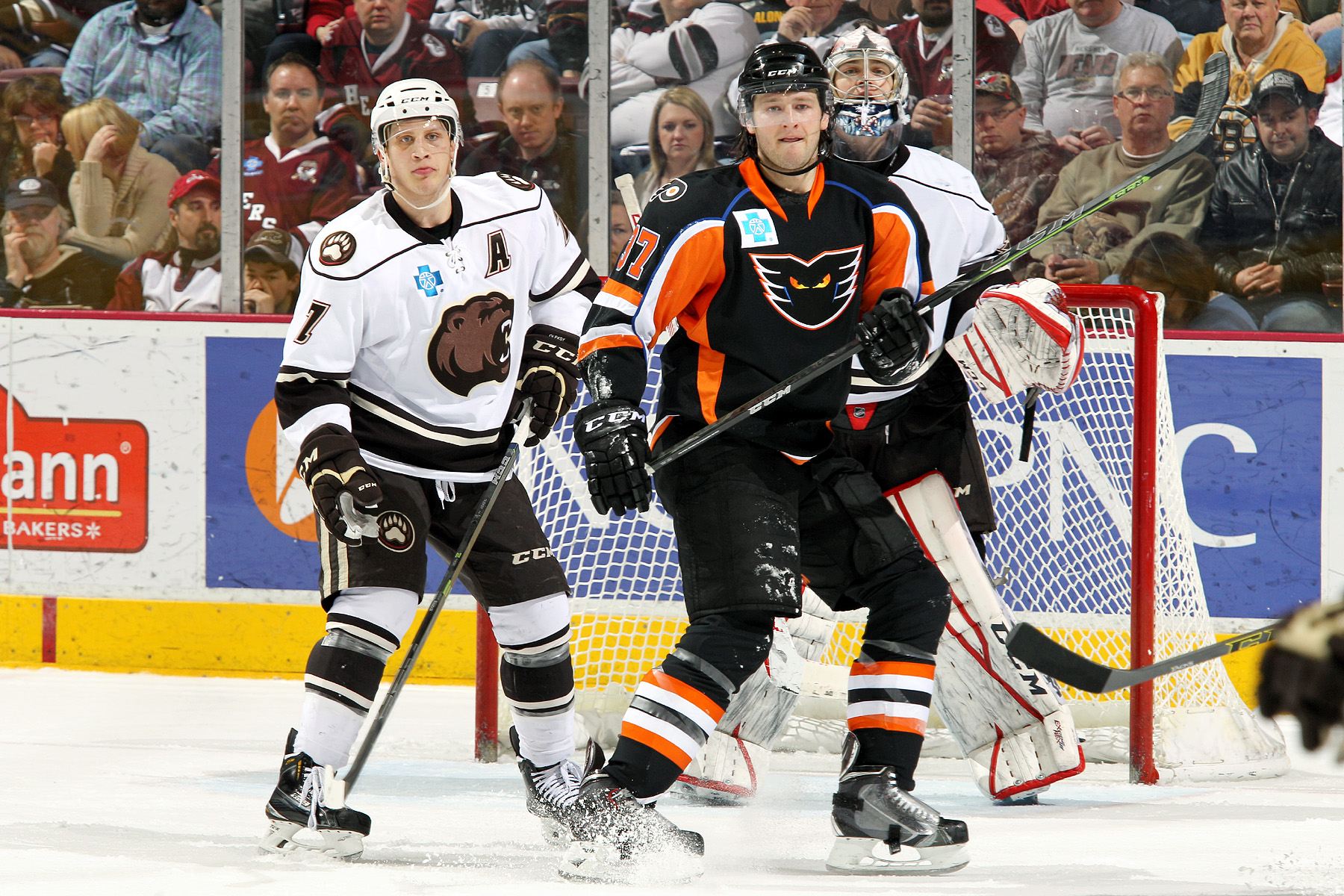 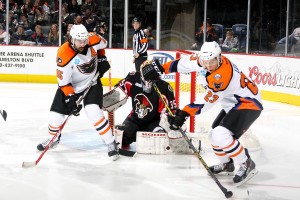 First, Lehigh Valley (24-22-6-1, 55 pts.) caps its four-game home stand on Saturday, February 28th when it welcomes the Binghamton Senators back to PPL Center. Saturday’s showdown marks the ninth of 10 total meetings during the 2014-2015 regular season between the Phantoms and Senators and the fourth head-to-head collision between the East Division foes this month. Lehigh Valley is 3-4-1 overall against Binghamton this season but will be looking for some revenge following three straight Senators victories earlier this month. Following a 4-1 setback at Floyd L. Maines Veterans Memorial Arena on February 7th, the Phantoms were on the wrong end of back-to-back one-goal decisions in downtown Allentown on February 13th and 18th. 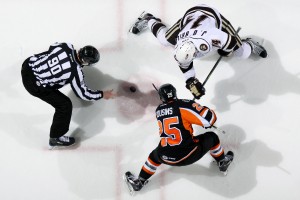 The Phantoms then head to the Giant Center in Hershey on Sunday, March 1 for a showdown with the East Division-leading Bears. Sunday’s tilt marks the 10th of 12 total meetings this season between Lehigh Valley and Hershey with the Phantoms holding a 4-5 overall mark head-to-head against the Bears. Following four straight Hershey victories, Lehigh Valley got back into the win column in the season series with a 5-4 overtime win in the most recent get-together on February 8th.

Hershey (32-14-5-2, 71 pts.) not only enters the week atop the East Division but just one standings point back of the Syracuse Crunch for the top spot overall in the Eastern Conference. The Bears enter the week having claimed 13 of their last 16 games overall (13-1-2) and garnered at least one standings point during an AHL-high 13 consecutive outings from January 17th to February 15th. Hershey will travel to Binghamton on Friday and will host the Albany Devils Saturday before welcoming the Phantoms to town to close out the weekend. 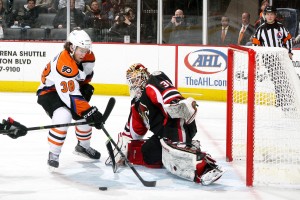 Zack Stortini, Petr Straka and Jason Akeson all scored for the Phantoms and Nick Cousins chipped in a pair of assists but Aaron Johnson netted the game winner with just 11 seconds left in overtime as the Binghamton Senators outlasted Lehigh Valley 4-3 at PPL Center. Brandon Manning, Darroll Powe and Mark Alt also collected assists for the Phantoms while Anthony Stolarz registered 40 saves on 44 total shots between the pipes for Lehigh Valley.

Chris Wideman led the offensive charge for the Senators with three assists while Garrett Thompson contributed a goal and an assist for Binghamton. The rivalry showdown featured a surprising amount of discipline as the two sides combined for just 28 total penalty minutes. 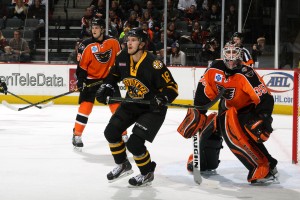 Petr Straka netted his 13th goal of the season and Nick Cousins continued his red-hot play with another assist but the Providence Bruins used a four-goal outburst in the second period to capture a 5-1 win in front of 8,590 fans at PPL Center. The standing room-only crowd was the 13th sellout this season for Lehigh Valley.

Ryan Spooner and Colin Stuart both scored twice for Providence while David Warsofsky, Seth Griffith and Zach Trotman each added a pair of assists for the Bruins. Jeremy Smith earned the victory in goal for Providence after 26 saves on 27 shots while Anthony Stolarz and Martin Ouellette combined for 27 saves between the pipes for the Phantoms. 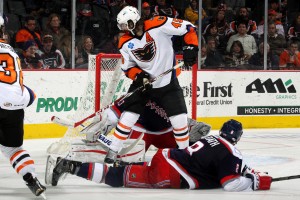 Jason Akeson recorded a goal and two assists and Nick Cousins added a goal and an assist of his own but Hartford Wolf Pack were able to outlast the Phantoms 5-4 in overtime in front of 8,791 fans at PPL Center. Zack Stortini scored twice for Lehigh Valley and Brandon Manning chipped in a pair of helpers as the Phantoms skated in front of their 14th standing room-only sellout of the season.

Dylan McIrath paced Hartford’s offensive attack with three assists in regulation before Oscar Lindberg sealed the contest with his second overtime game winner in as many nights.

Service Electric’s TV2 Sports will be broadcasting live all of the Phantoms’ 12 remaining regular season home games. If you can’t make it out to the rink, be sure to catch all the exciting action in high definition with Steve Degler and former Flyers and Phantoms goaltender Brian Boucher! And don’t miss “Phantoms – Breaking the Ice” every Monday from 7:00 – 8:00 PM throughout the season live at Chickie’s & Pete’s (701 Hamilton Street)!

Tickets for all of the Phantoms’ 12 remaining regular season home games are available now at the Mealey’s Furniture Box Office at PPL Center (7th & Hamilton), by calling 610-347-TIXX (8499) or online at pplcenter.com.