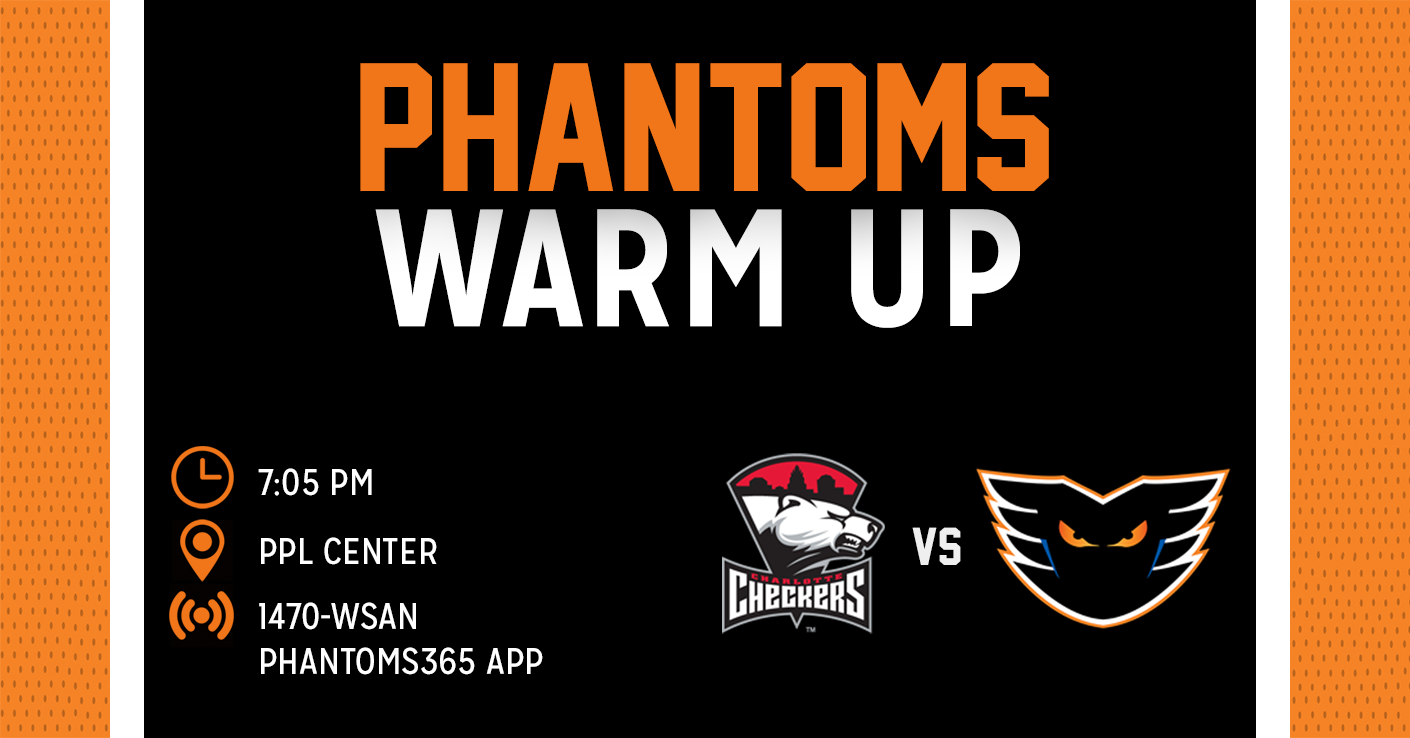 The Lehigh Valley Phantoms will host the Charlotte Checkers for a pair of games this weekend beginning on Friday night, March 8, at 7:05 p.m.  This will be the third time the two Atlantic Division foes faceoff against each other in downtown Allentown and the two club’s fifth overall meeting this season.

Lehigh Valley, who is 4-5-0-1 in its past 10 contests, is looking to build off its win this past Wednesday night which moved the team just three points outside of the playoff picture behind the Providence Bruins.  The Phantoms have an overall record of 29-24-3-3 this season and are currently sitting in fifth place in the Atlantic Division, but, with Providence playing a three-in-three this weekend, the Phantoms could potentially gain ground with wins over the Checkers.

A tough test lies ahead in the form of the first-place Checkers, who have a 38-14-6-1 record this season and are currently riding a four-game win streak.  Leading the charge for Charlotte against the Phantoms this season is Julien Gauthier with three goals and two assists for five points in just four games.

The Orange and Black have been returning to form of late as they are beginning to get players back from injury and chemistry between players is starting to come to life.  Trade acquisitions like Byron Froese and David Schlemko are beginning to pay dividends as the two have combined for three points (1G-2A) over the past two games and the return of David Kase from injury has also helped to bolster the Lehigh Valley offense as he has tallied two assists in his past three games. 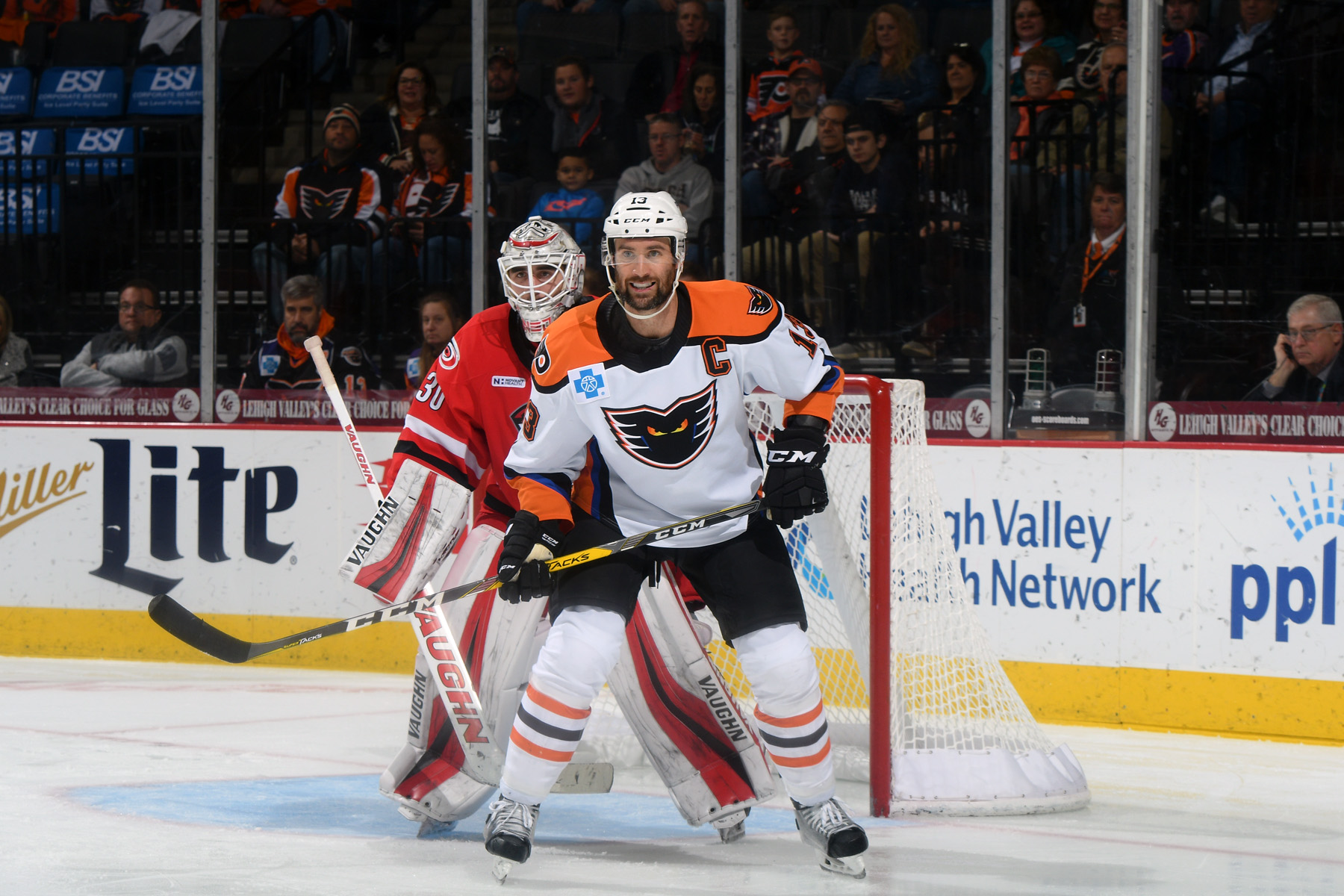 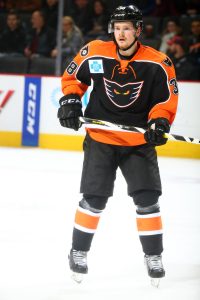 David Kase returned to the Phantoms lineup last weekend and already has tallied two points (2A) in just three games after missing 33 games due to injury.  Kase ranks third in points against the Checkers this season with a goal and two helpers for three points in just two contests. 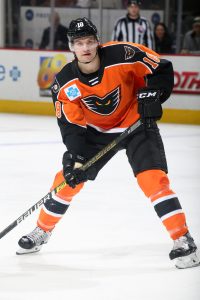 Byron Froese tallied his first point as a member of the Phantoms this past Sunday and followed it up with his first goal in a Phantoms uniform on Wednesday night in Wilkes-Barre.  The 27-year-old center, who has now played eight games with Lehigh Valley since being acquired in a trade, has two points in his past two games.