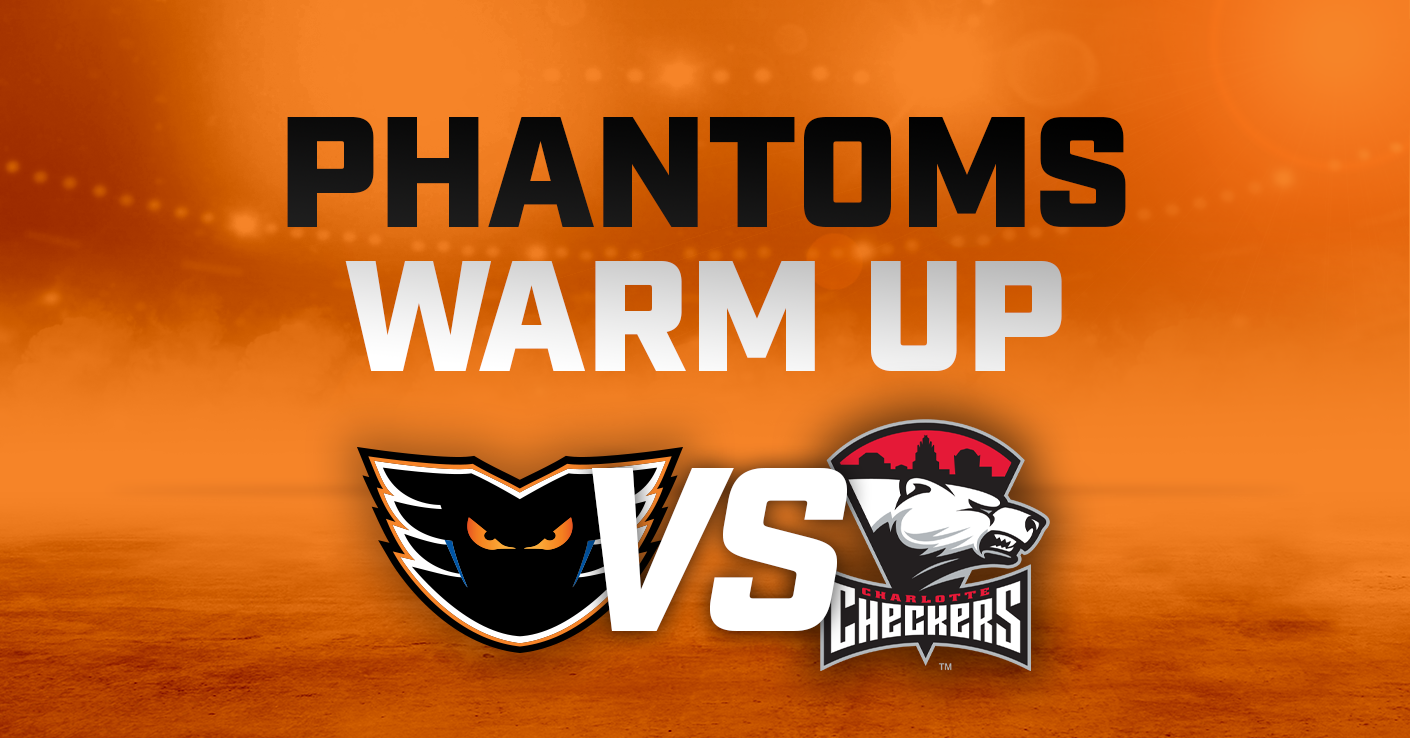 The Lehigh Valley Phantoms will rematch against the Charlotte Checkers inside of PPL Center in downtown Allentown on Friday, November 22, at 7:05 p.m.

After getting back into the win column with a 3-2 victory over the Checkers on Wednesday night, the Phantoms will be looking to raise their record against the Checkers to 3-0-0-1 in the two teams fourth overall meeting this season.  Lehigh Valley, who received goals from Pascal Laberge, Mikhail Vorobyev and Gerry Fitzgerald on Wednesday, scored three or more goals for the 11th time this season to improve the team’s overall record to 7-5-1-4.

Coming into Friday’s matchup, the Phantoms are ranked sixth in the Atlantic, just ahead of the Checkers, and are just three points back of second place in the division.

Earlier this week, Lehigh Valley received reinforcements in the form of forwards Pascal Laberge and Steven Swavely as injuries and promotions to the NHL have begun to affect the roster for the first real time this season.  However, with the Flyers loaning forward Andy Andreoff back to Lehigh Valley earlier today, Swavely was returned to Reading without having played a game for the Phantoms during his brief call up.

With a loss on Wednesday night, the Checkers saw their record on the team’s current five-game road trip dip to 1-2-0-0 and their overall record in the month of November fall to 2-3-2-0.  Charlotte will also be without forward Anthony Louis as he was traded to the Texas Stars prior to Wednesday night’s game in Allentown. 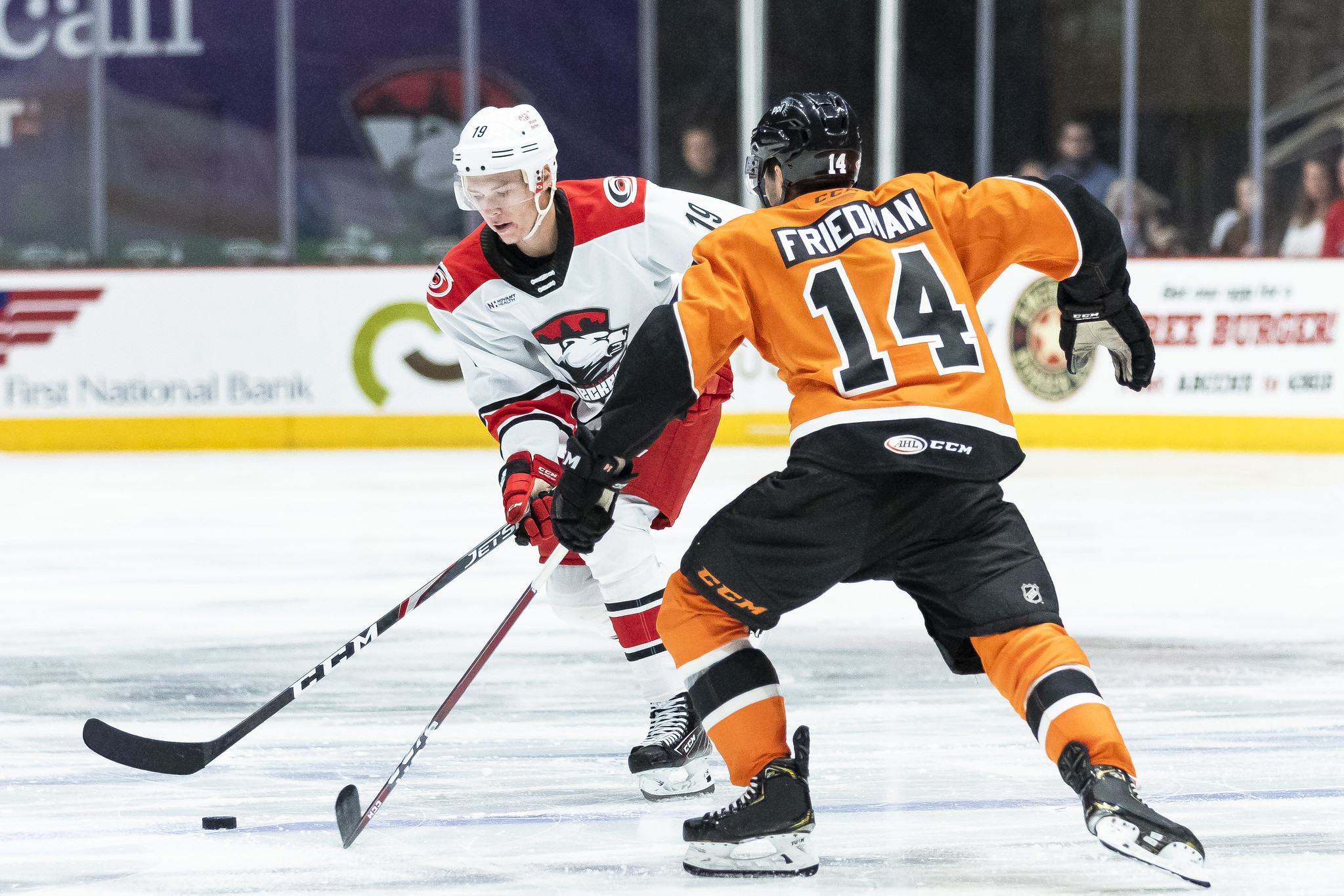 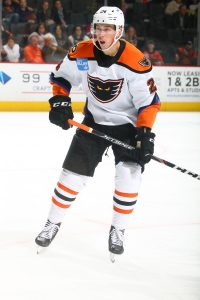 Mikhail Vorobyev now has two goals and three total points in his past two games which includes a goal and an assist against the Checkers on Wednesday night.  The Russian forward now ranks third on the team in points with nine (5G-4A) across 14 games this season. 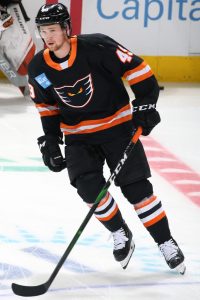 Pascal Laberge was reassigned to the Phantoms on Tuesday and wasted no time making an impact. The second-round draft pick potted his first goal with the Phantoms this season just 3:37 into the first period of Wednesday night’s game and finished the contest with a plus-two rating.

November 22, 2019: The Philadelphia Flyers have returned on loan forward Andy Andreoff to the Lehigh Valley Phantoms

November 22, 2019: The Lehigh Valley Phantoms have returned on loan forward Steven Swavely to the Reading Royals

The Lehigh Valley Phantoms will host to the Belleville Senators inside of PPL Center on Saturday night.  The first meeting of the season between the two teams is scheduled for a 7:05 p.m. puck drop.  Saturday’s game is also the final game of the Phantoms Retro Week in which the team will celebrate 90’s Night featuring a DJ and special Retro-Inspired Jerseys that will be auctioned off after the game.  Can’t make it to the game on Saturday night?  Catch all the action on Service Electric TV2 Sports, stream it on AHLTV or listen live inside the Phantoms365 App!