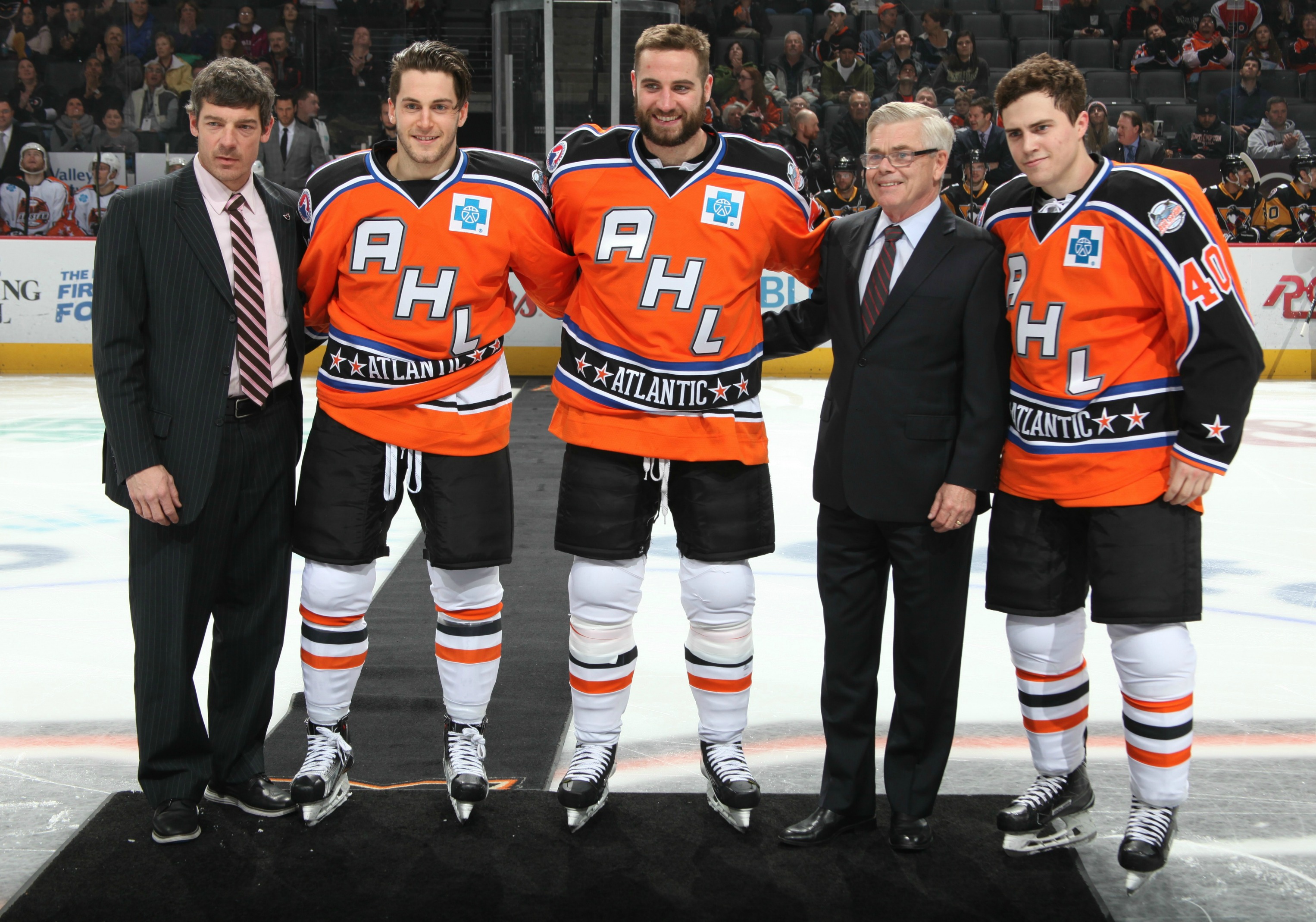 Lehigh Valley, Pa. – Friday’s contest kicked off the Pre All-Star Celebration for the Lehigh Valley Phantoms so it’s only fitting that the team’s three All-Star representatives led the way in a 5-3 victory over the rival Wilkes-Barre/Scranton Penguins in front of 8,428 fans at PPL Center. Taylor Leier (goal, 2 assists), T.J. Brennan (goal) and Jordan Weal (assist), who will all appear at the 2017 AHL All-Star Classic presented by Capital BlueCross next weekend, were all major offensive catalysts in securing Lehigh Valley’s 26th win of the season. 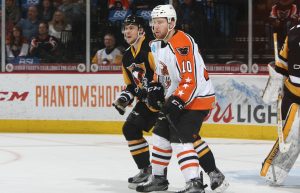 With Friday’s triumph, the Phantoms improved to 26-10-2 overall this season and maintained sole possession of second place in the tightly-contest Atlantic Division. Friday’s win also moved Lehigh Valley to within just seven standings points of first-place Wilkes-Barre/Scranton with the Phantoms still in possession of three games-in-hand.

Friday’s victory was Lehigh Valley’s 11th triumph over the club’s last 15 games overall (11-3-1) as the Phantoms improved to 2-0 on the season against the rival Penguins. With Friday’s contest in the books, the Phantoms have officially reached the midpoint of the 2016-17 campaign having now won an impressive 26 of 38 total games.

Scott Laughton (7th), Robert Hagg (3rd) and Chris Conner (10th) also scored for Lehigh Valley while captain Colin McDonald collected his first three-point game of the season with a trio of helpers. Conner’s goal extended his current scoring streak to a season-high six games (2 goals, 7 assists) while Brennan’s conversion was a milestone marker as it moved the 27-year-old defender into sole possession of third place all-time among AHL defensemen with 125 career goals. An eighth-year pro, Brennan will be appearing in his fourth straight All-Star Classic next weekend and is now just four goals shy of former AHL standout blueliner Bryan Helmer for second place all-time among defenders. 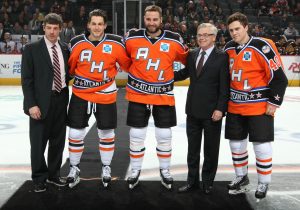 Defensively, goaltender Anthony Stolarz earned the victory between the pipes with 34 saves on 37 Wilkes-Barre/Scranton shots while Lehigh Valley’s penalty kill was a perfect 4-for-4 on the evening.

As part of the team’s Pre All-Star Celebration, the Phantoms took to the ice in specialty All-Star jerseys while the All-Stars themselves (Leier, Brennan, Weal) were presented with their actual Atlantic Division All-Star jerseys by AHL President David Andrews in a special pre-game ceremony.

The Phantoms opened the scoring less than a minute into the rivalry showdown when a perfect pass from below the goal line by McDonald found Laughton in the slot who promptly snapped home a sizzling shot for his seventh goal of the season. Leier collected the secondary assist on the even-strength strike netted :39 into the opening frame, which marked the fourth conversion for Laughton over his last six games. Laughton’s tally also marked the 25th time in 38 games this season the Phantoms have garnered the game’s first goal as Lehigh Valley improved to 20-5 this year when scoring first.

Lehigh Valley doubled its lead just past the midway point of the first period when, while on the power play, Brennan unleashed a rocket of a snap shot from the top of the right wing circle that scorched into the back of the Wilkes-Barre/Scranton goal for his 12th goal of the season. Andy Miele and Weal assisted on the man-advantage marker scored 12:31 into the opening stanza. The power play conversion marked the sixth consecutive game in which the Phantoms have connected on the man-advantage as Brennan moved into sole possession of first place among AHL blueliners with seven power play goals. 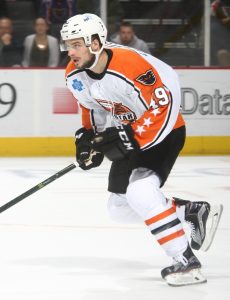 The Penguins sliced Lehigh Valley’s lead in half before the first intermission though when, off a faceoff win in the offensive zone, Jean-Sebastien Dea was able to send in his 10th goal of the season. Josh Archibald and Teddy Blueger assisted on the five-on-five conversion tallied 16:09 into the first period.

The Phantoms regained their two-goal advantage early in the second stanza when Hagg converted a two-on-one with Leier just 25 seconds into the period for his third goal of the season. McDonald garnered the second assist on the even-strength strike as he collected his fourth multi-point game of the year. Meanwhile, Leier’s second helper of the night produced his sixth multi-point effort this season and his first such outing in seven games since returning from a 10-game stint with the Philadelphia Flyers.

Wilkes-Barre/Scranton didn’t back down though and was able to level the contest with a pair of goals just 1:37 apart in the third period. First, Ryan Haggerty converted his fourth goal of the season with a redirection 9:14 into the final frame from Carter Rowney and Ethan Prow. Then, less than two minutes later, David Warsofsky’s left point drive slipped through Stolarz 10:51 into the final frame for Warsofsky’s eighth goal of the year. Blueger and Stuart Percy assisted on the equalizing marker.

But the Phantoms simply weren’t to be denied and Lehigh Valley was able to reclaim the lead for good exactly one minute after Warsofsky’s conversion when Leier stepped into the slot and deftly fired home his eighth goal of the season. McDonald grabbed the only assist on the eventual game-winning tally scored 11:51 into the third period.

The Phantoms would land the final strike in the game’s final minute when Conner converted into an empty net with an assist from Cole Bardreau 19:11 into the third period.

The Phantoms are back in action at PPL Center on Saturday when they welcome the Providence Bruins to town for a 7:05 p.m. showdown. Saturday’s game features a Youth Jersey Giveaway to the first 2,500 kids 14 and under presented by Capital BlueCross, Dick’s Sporting Goods, PALCS and Velaspan. A limited number of tickets remain for Saturday’s contest and can be purchased by clicking HERE.