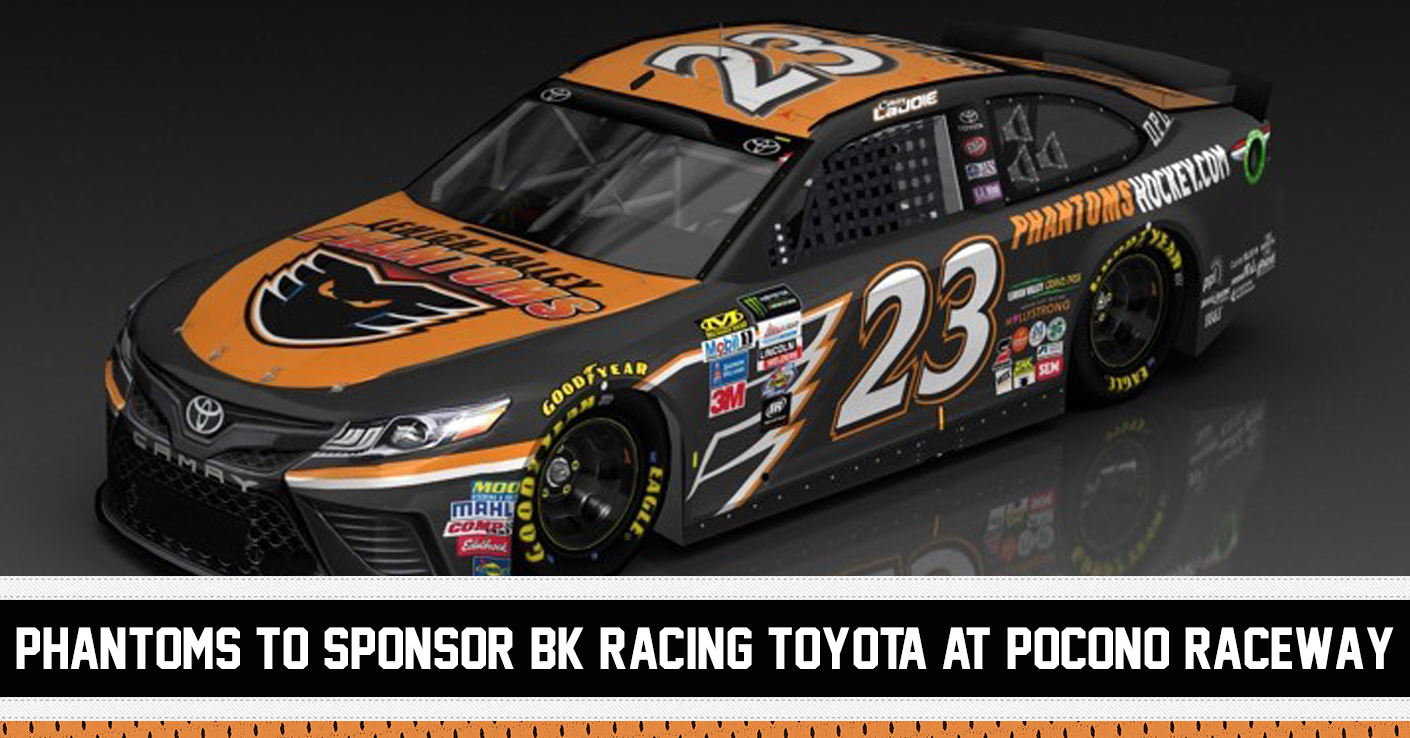 Lehigh Valley, PA — The Lehigh Valley Phantoms, proud AHL affiliate of the Philadelphia Flyers, are pleased to announce they will be the primary sponsor of the number 23 BK Racing Toyota in this Sunday’s Overton’s 400 at Pocono Raceway in Long Pond, Pennsylvania.

Monster Energy NASCAR Cup Series driver Corey LaJoie – currently in his rookie season – will be behind the wheel of the Phantoms car tasked with finding victory lane.  LaJoie is the son of the 1996 and 1997 XFINITY Series champion Randy LaJoie. 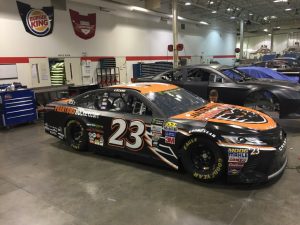 “This is a very cool sponsorship for me,” LaJoie said. “I’ve always been a huge sports fan, so I’m proud to be representing the Lehigh Valley Phantoms this weekend at Pocono.”

The Phantoms, who recently announced their 2017-18 regular season schedule – that opens up on October 7, 2017 inside of PPL Center in Allentown – are coming off a very successful 2016-17 campaign which saw the team qualify for the Calder Cup Playoffs for the first time in the Lehigh Valley.

“We are excited for this opportunity to team up with BK Racing and showcase the Lehigh Valley Phantoms to not only our community and the national motor sports audience, but also a chance to expose NASCAR fans around the world to the great sport of ice hockey,” said Jim Brooks, Co-Owner of the Lehigh Valley Phantoms. “We feel this will be a unique and fun way for our fan base and supporters to feel proud of the Phantoms and further enhance their enjoyment of the race.  We wish the best to Corey and the rest of the team on Sunday.”

“We are very excited to help the Phantoms promote their upcoming season,” said Doug Fritz, Chief Marketing Officer of BK Racing. “A lot of NASCAR fans are also hockey fans, so it’s great that BK Racing can bring these two sports together.”

“The Pocono Raceway is a wonderful asset for our community and I can’t wait to see the car out there on the track,” added Rob Brooks, Co-Owner of the Lehigh Valley Phantoms.  “We’ve got some fast skaters out on the ice, but I believe this will be the first time we’ve ever seen the Phantoms logo approach speeds of 200 miles per hour.”

Another thrilling season of Lehigh Valley Phantoms hockey at PPL Center will be here before you know it with the Home Opener for the 2017-2018 regular season set for Saturday, October 7. Reserve your season tickets and group outings for the 2017-2018 season of Phantoms hockey.  For more information on how to reserve your seat at PPL Center to the hottest ticket in town, call the Phantoms front office today at 610-224-GOAL [4625]!