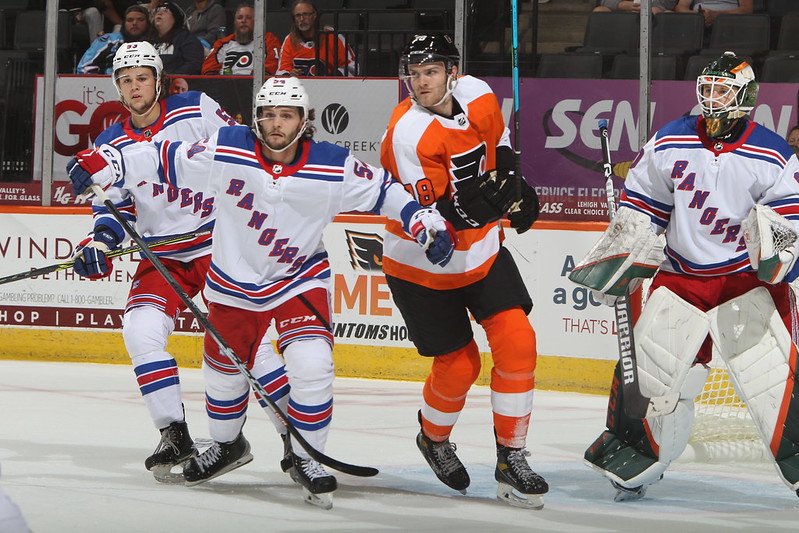 Lehigh Valley, PA – The Lehigh Valley Phantoms have announced they have signed center Jacob Gaucher and goaltender Nolan Maier to AHL contracts. Gaucher is joining on a two-year, two-way deal while Maier has a one-year, two-way contract. Both recently appeared at PPL Center playing for the Philadelphia Flyers in the Rookie Series against the New York Rangers.

Gaucher, 21, is a right-handed shooting center from Longeuil, PQ. Serving as captain for the Baie-Comeau Drakkar in the QMJHL last year, he shattered his previous career bests by cranking out 35 goals with 33 assists for 68 points in 66 games. 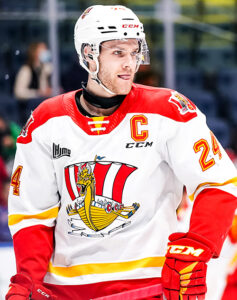 He had previously played parts of four seasons with the Val-d’Or Foreurs serving as alternate captain for two of those seasons. In his QMJHL career, Gaucher played in 242 games scoring 65 goals with 76 assists for 141 points.

Gaucher won the 2021 Marcel-Robert Trophy as the QMJHL Scholastic Player of the Year award having already completed 15 courses of his Business Degree at the University of New Brunswick at that time while maintaining a 4.1 GPA.

Jacob is the brother of 2022 Anaheim Ducks first-round draft selection Nathan Gaucher. He centered the Flyers’ third line in both Rookie Games against the Rangers on September 16 and 17. He participated in the Flyers’ Development Camp in July and then returned for the Rookie Camp and Training Camp in September.

Maier, 21, established a new WHL record with 122 career wins, all with the Saskatoon Blades.

He was the everyday goalie for the Saskatoon Blades in the Western Hockey League last season playing in 60 of the team’s 68 games. Maier led all WHL goalies in games played last year and was second in Major Juniors. 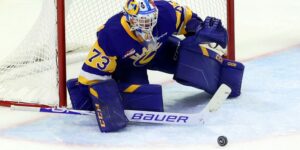 On April 8, 2022, Maier set the new WHL record for career wins with his second consecutive 2-0 shutout breaking the former record of 120 wins shared by Corey Hirsch (Kamloops Blazers) and Tyson Sexsmith (Vancouver Giants). Hirsch is a former NHL goalie with the Vancouver Canucks (1995-99) who also played five games for the Philadelphia Phantoms in 2001-02.

He attended the Columbus Blue Jackets Development Camp this summer prior to joining the Philadelphia Flyers Rookie Camp in September.

Maier was the starting goalie for the Philadelphia Flyers against the New York Rangers in the Rookie Series weekend opener at PPL Center on September 16, 2022. He allowed one goal on 12 shots in his 30 minutes of action as the Flyers ultimately posted a 2-1 overtime win on Tyson Foerster’s winning goal.