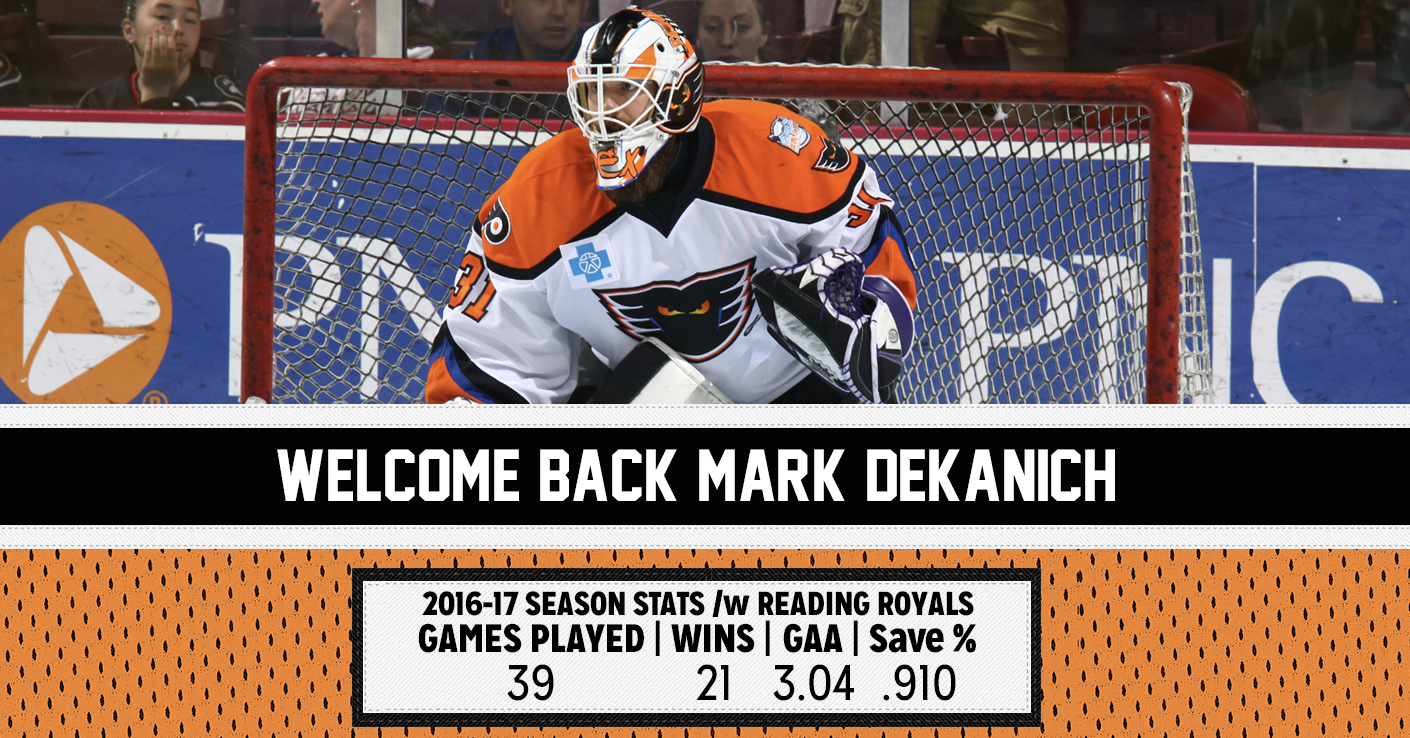 Lehigh Valley, PA – The Lehigh Valley Phantoms, proud AHL affiliate of the Philadelphia Flyers, are pleased to announce they have signed goaltender Mark Dekanich to an AHL contract. 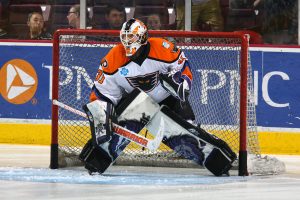 A 31-year-old netminder from North Vancouver, British Columbia, Dekanich is entering his 10th professional season and is coming off a year in which he posted a 21-12-1 record in 39 games with the Reading Royals to go along with a 3.04 goals-against average and 0.910 save percentage.

A fifth-round selection (#146 overall) by the Nashville Predators in the 2006 NHL Entry Draft, he’s appeared in 164 AHL games throughout his professional career during which he’s compiled an 82-55-13 overall record, a 2.42 goals-against average and 0.914 save percentage in time with the Milwaukee Admirals, Springfield Falcons, St. John’s IceCaps, Hershey Bears and Phantoms.