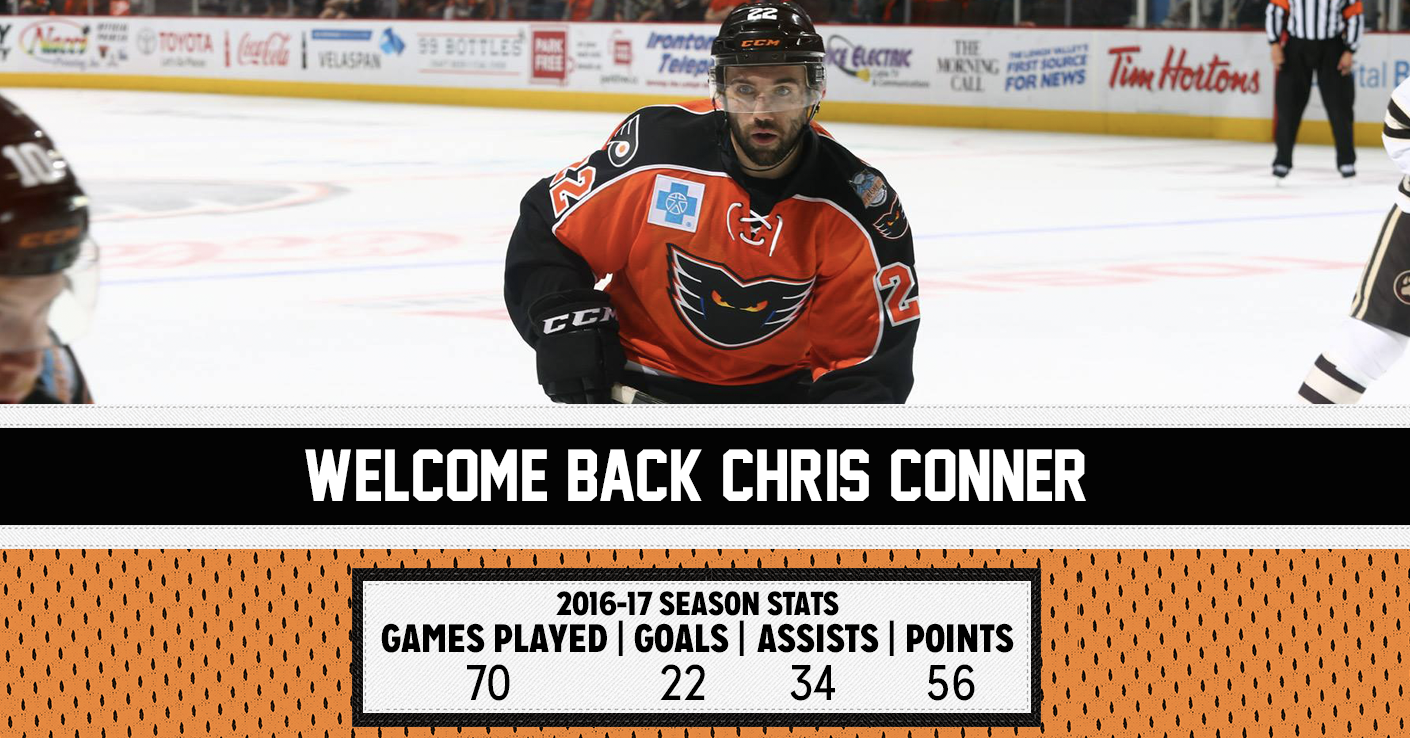 Lehigh Valley, PA – The Lehigh Valley Phantoms, proud AHL affiliate of the Philadelphia Flyers, are pleased to announce they have signed five players to AHL contracts, including forward Chris Conner who was inked to a two-year pact after spending the past two seasons with Lehigh Valley.

In addition to Conner, the Phantoms signed forwards Derek Hulak and Matt Willows along with defenseman Frank Hora and goaltender John Muse to AHL contracts for the 2017-18 season. 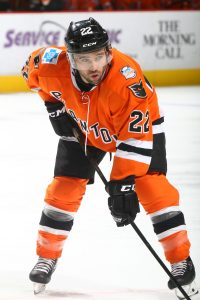 A 33-year-old winger from Westland, Michigan, Conner recently completed his 11th professional season where he set a career high with 22 goals while finishing third among all Phantoms in total scoring with 56 points. Last year marked the fifth 50-point AHL campaign for Conner who has amassed 164 goals, 277 assists and 441 total points in 541 career AHL games. He paced Lehigh Valley in scoring during the 2015-16 season with 55 points and has compiled an impressive 38 goals, 73 assists and 111 points in 128 games with the Phantoms over the past two years.

A 27-year-old winger from Saskatoon, Saskatchewan, Hulak recently completed his third professional campaign where he tallied four goals and five points in 17 games with the Utica Comets. Before joining the Comets, he spent two years with the Texas Stars where he compiled 39 goals, 47 assists and 86 points across 142 games.

A 25-year-old forward from Congers, New York, Willows recently completed his second professional season where he tallied 22 goals, 36 assists and 58 total points across 63 games between the Reading Royals and Allen Americans. He’s appeared in 12 career AHL outings during time with the Worcester Sharks and San Jose Barracuda during which he’s recorded three goals and five points.

A 21-year-old defenseman from Cheektowaga, New York, Hora will be entering his first full professional campaign after a four-year career with the Kitchener Rangers of the Ontario Hockey League (OHL). Across 241 career games with the Rangers, he compiled 11 goals, 80 assists, 91 points and 235 penalty minutes. Hora did appear in three games with the Cleveland Monsters last season where he registered one assist and four penalty minutes.