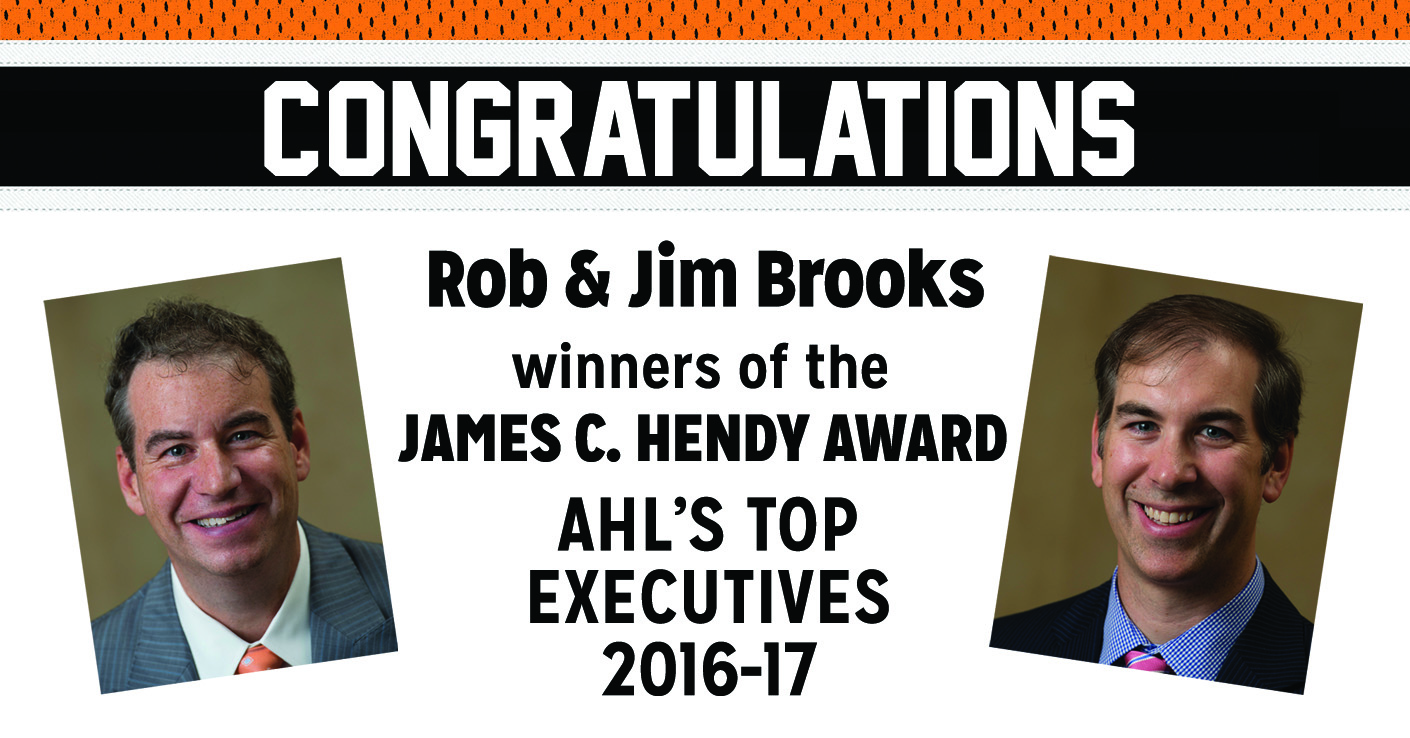 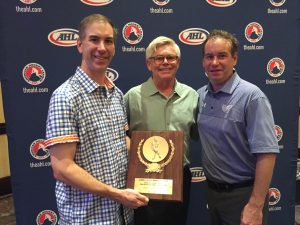 Owners of the Phantoms franchise since 2009, the Brooks brothers oversee one of the AHL’s most successful operations, as their club has played to crowds averaging more than 96 percent capacity since arriving at the state-of-the-art PPL Center in Allentown, Pa., three years ago. In 2016-17, the Brookses continued to show their commitment to strengthening the local community by hosting an extremely successful and memorable AHL All-Star Classic, while also pushing the Phantoms to be leaders in all facets of business practices among their AHL peers.

The James C. Hendy Award is named for the late Jim Hendy, a member of the Hockey Hall of Fame and AHL Hall of Fame and long-time statistician and historian for the AHL who won four Calder Cups as general manager of the Cleveland Barons.

The Brookses were recognized Wednesday evening at a gala reception during the Board of Governors’ Annual Meeting at Hilton Head Island, S.C.