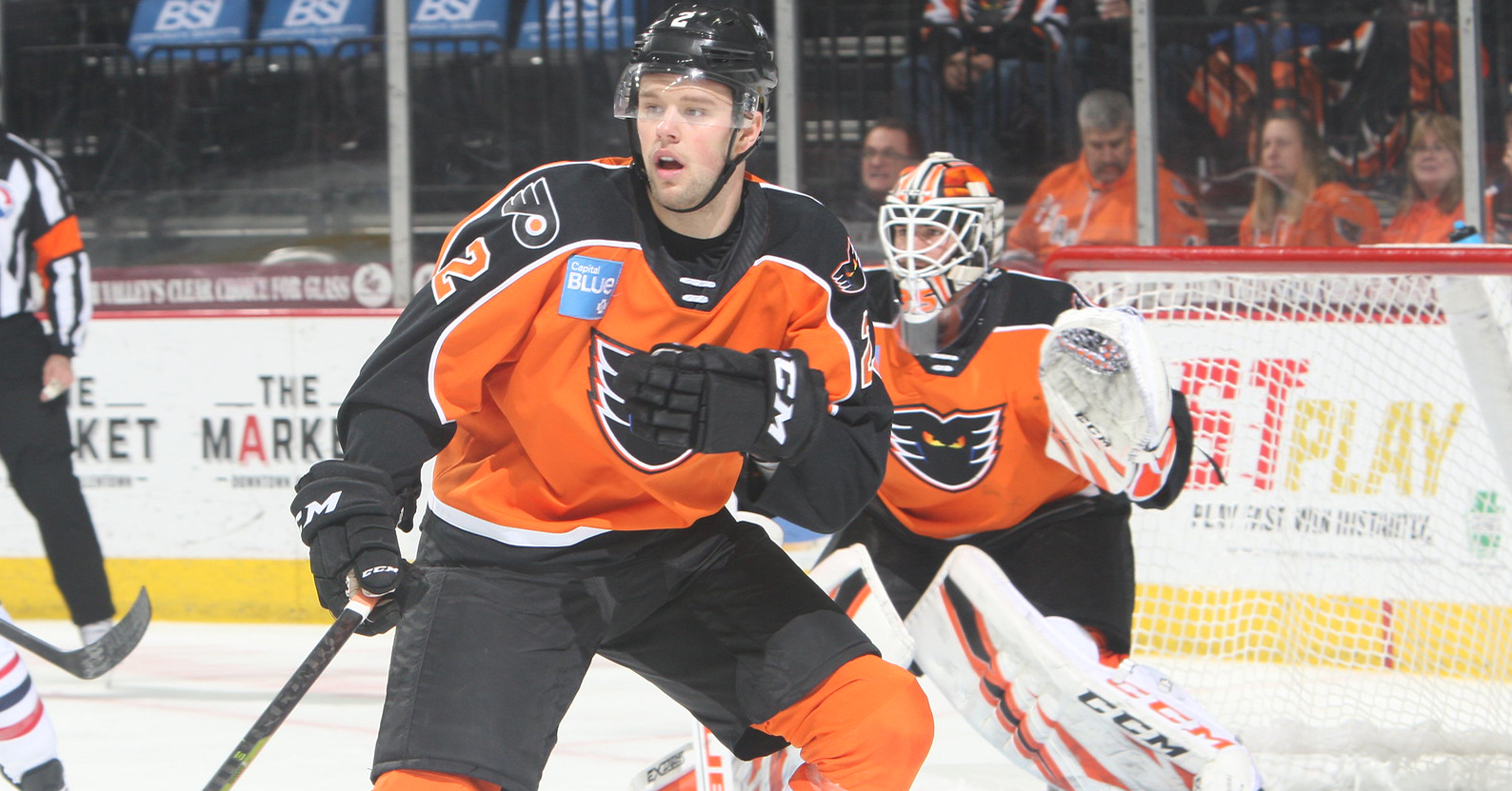 Lehigh Valley, Pa. – The Lehigh Valley Phantoms (20-22-1-5) earned their sixth consecutive victory at PPL Center on Friday night, defeating the Springfield Thunderbirds (26-22-2-0) 4-1. It was the Phantoms first home game at PPL Center since January 18th. The Phantoms saw a pair of defenseman in Reece Willcox and James de Haas score their first goals of the season while Kyle Criscuolo and Mark Friedman added goals of their own. Phantoms goalie J-F Berube was also strong in net, making 24 saves on 25 shot attempts. 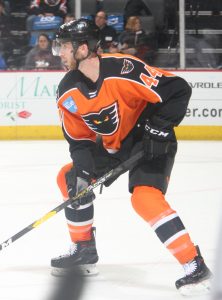 Reece Willcox scored his first goal of the 2019-20 season around the midway point of the second period, thanks to a little bit of luck to give the Phantoms a 1-0 lead. On the play, Willcox looked for Phantoms forward Kyle Criscuolo in front of the net and attempted to feed him a pass. The puck, however, found it’s way past both Criscuolo and Springfield goalie Philippe Desrosiers. The goal was Willcox’s first since March 16 of last season against the Toronto Marlies.

In the third period, James de Haas extended the Phantoms lead to 2-0 after being on the receiving end of a perfect rebound as he drove towards the net. It was de Haas’s first goal in over a calendar year, as his last came against Bridgeport on February 1, 2019. A few minutes later, Kyle Criscuolo scored his seventh of the season when he fired a wrist shot towards Desrosiers. On its way to the net, the puck found the skate of a Thunderbirds defenseman and then past Desrosiers to make it a 3-0 Phantoms lead.

The Thunderbirds would finally crack Berube late in the third period to make it a 3-1 game but the Phantoms answered right back, making it 4-1 thanks to an empty net goal by Mark Friedman.

Despite not earning the shutout on Friday night, J-F Berube earned his fifth consecutive win at PPL Center and prior to the goal had a shutout streak at home that spanned 75:43 and made 47 consecutive saves. The win improves Berube’s record to 11-9-4 on the season.