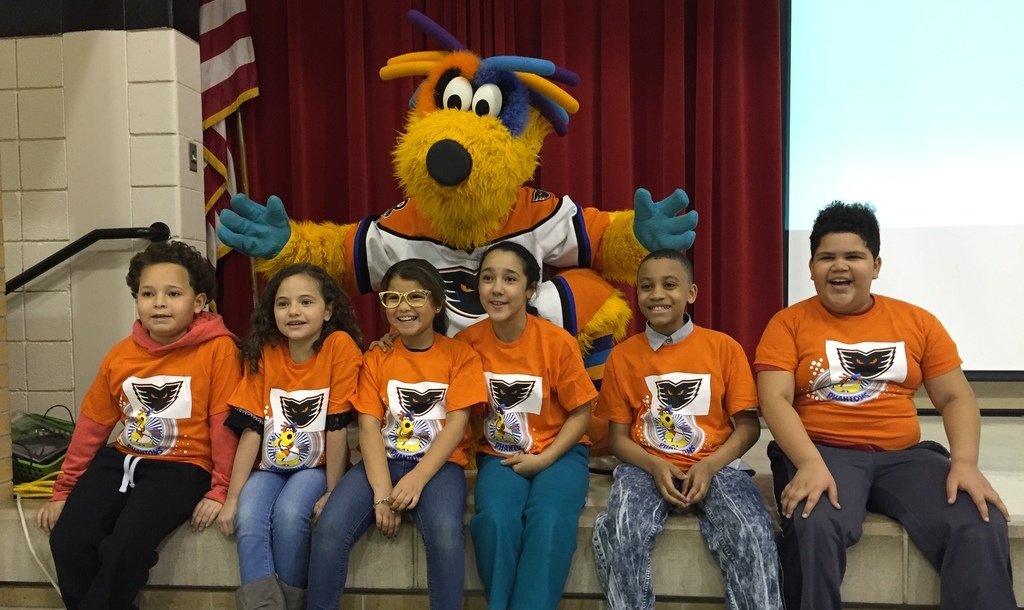 Lehigh Valley, PA – The Lehigh Valley Phantoms, proud AHL affiliate of the Philadelphia Flyers, are pleased to announce that the team’s school programs, which includes the G.O.A.L. (Get Out And Live) Program and Bully Busters Unite, have surpassed the 20,000 student milestone for the 2015-16 season. 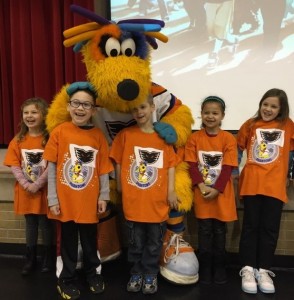 Featuring everyone’s favorite puck-nosed pladottle, meLVin, the two programs have combined for 68 total performances this season across more than a dozen cities and 14 different school districts throughout the Lehigh Valley. And with Tuesday’s presentation of the G.O.A.L. Program at Holy Family School in Nazareth, Pa., the programs eclipsed 20,000 students reached for the year.

“These programs are directly in line with the Phantoms commitment and dedication to give back to the Lehigh Valley community,” said Phantoms co-owner/governor Jim Brooks. “The anti-bullying and healthy-living messages conveyed in these programs are critically important to kids of all ages and we’re excited to present them to this community that has so greatly supported the Phantoms.”

“We’re thrilled to have been able to present these educational and entertaining programs to so many students across the Lehigh Valley this season,” said Phantoms Relations Manager Dan Fremuth. “A huge thanks goes out to all the students, teachers and administrators who helped coordinate our many visits and, of course, a huge thanks goes out to meLVin for spreading these important messages across the Lehigh Valley.”

The G.O.A.L. Program, which is a healthy living habits assembly presented by Lehigh Valley Health Network, made its Lehigh Valley debut on November 7, 2014 at Schnecksville Elementary (Parkland School District) and focuses on five key aspects to healthy living: 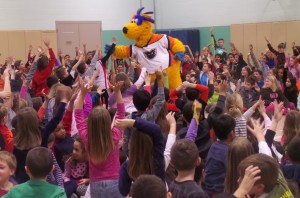 For more information or to bring the G.O.A.L. Program or Bully Busters Unite to your school, simply have a school administrator contact the Phantoms at 484-273-4571.