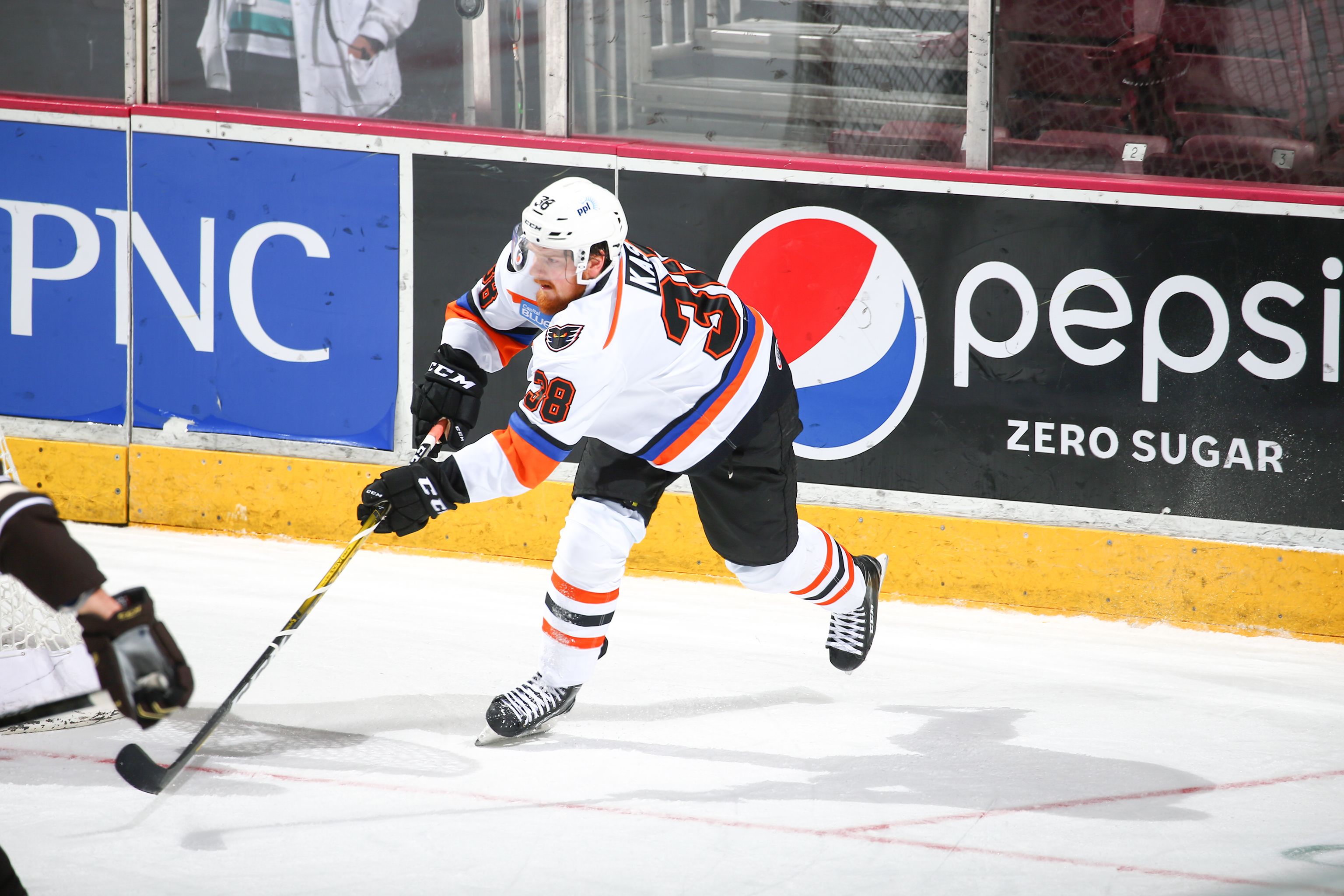 David Kase went up to the Flyers last Wednesday and played one game for Philadelphia on Thursday against the New York Rangers. The third-year pro from Kadan, Czech Republic returns to the Phantoms on a two-game goal streak having scored an overtime winner on February 14 at Hershey as part of a three-point night in his most recent game for Lehigh Valley. He is second on the team in scoring with four points on two goals and two assists. The round 5 pick of the Flyers in 2015 played in six games for the Flyers last year. 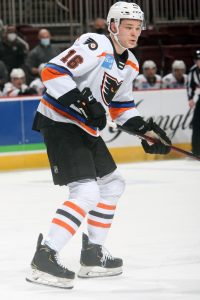 Matt Strome was recalled to the Flyers taxi squad last Thursday. The 22-year-old winger is a second-year pro who has played two games for the Phantoms this season and scored his first goal of the year in his last game on February 14 at Hershey.  Strome was a round 4 choice of the Flyers in the 2017 NHL Entry draft.

Derrick Pouliot was recalled to the Flyers taxi squad on February 6. He played in the first game of the season for the Phantoms earlier that day on the afternoon of February 6. The 27-year-old hard-shooting defenseman has played in 202 career NHL games primarily with Pittsburgh and  Vancouver. 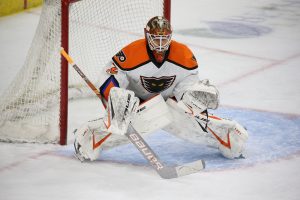 Felix Sandstrom was recalled to the Flyers taxi squad on February 6. He has yet to appear in an official game for the Phantoms this season although he did perform well in the team’s preseason game on February 4 recording a 21-save shutout against the Wilkes-Barre/Scranton Penguins. The 24-year-old from Gavle, Sweden is in his second full season of professional hockey in North America. He was a third-round selection of the Flyers in 2015.

The Lehigh Valley Phantoms return to action on Wednesday night at 6:00 p.m. in Newark, N.J. against the Binghamton Devils. They open a home-and-home series with the Wilkes-Barre/Scranton Penguins this weekend beginning with a Friday night showdown in northeast Pennsylvania at 5:00 p.m. followed by a Saturday night rematch at PPL Center in Allentown at 7:05 p.m.