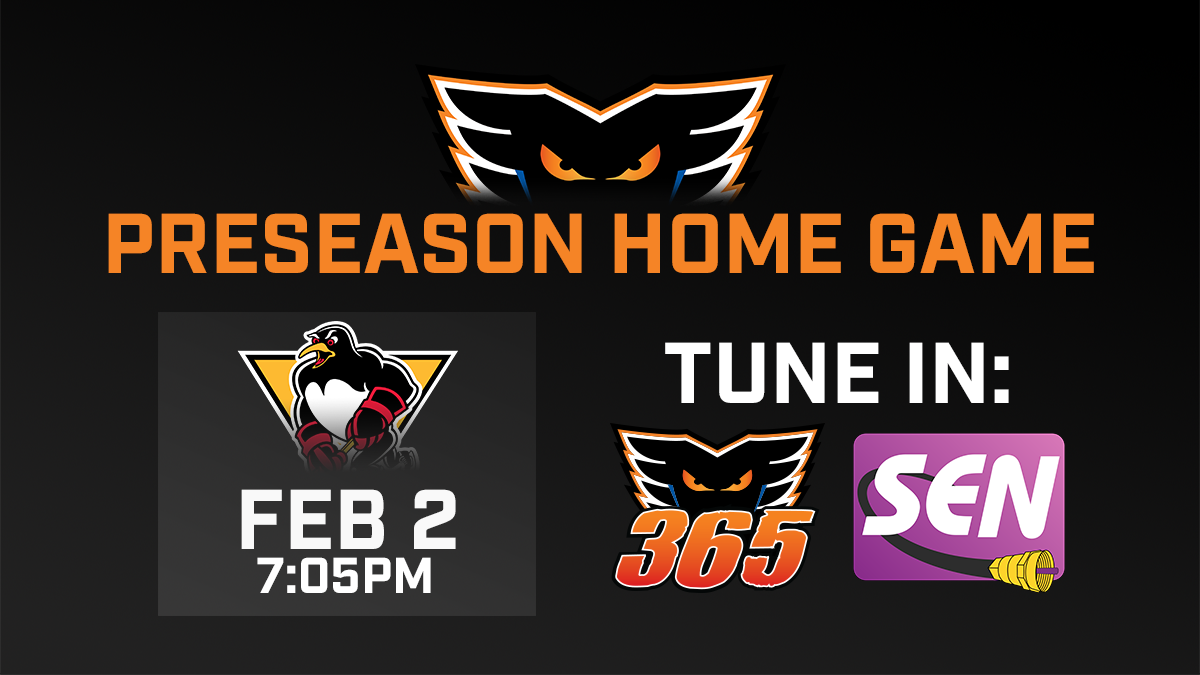 The Lehigh Valley Phantoms, proud American Hockey League affiliate of the Philadelphia Flyers, have announced that their preseason game against the Wilkes-Barre/Scranton Penguins (AHL affiliate of the Pittsburgh Penguins) has been rescheduled for Tuesday, February 2 at PPL Center at 7:05 p.m.

Originally the game was scheduled for Friday, January 29 at PPL Center.

The Wilkes-Barre/Scranton Penguins recently announced a delay in the start of their training camp which necessitates the scheduling change to match their preparation schedule.