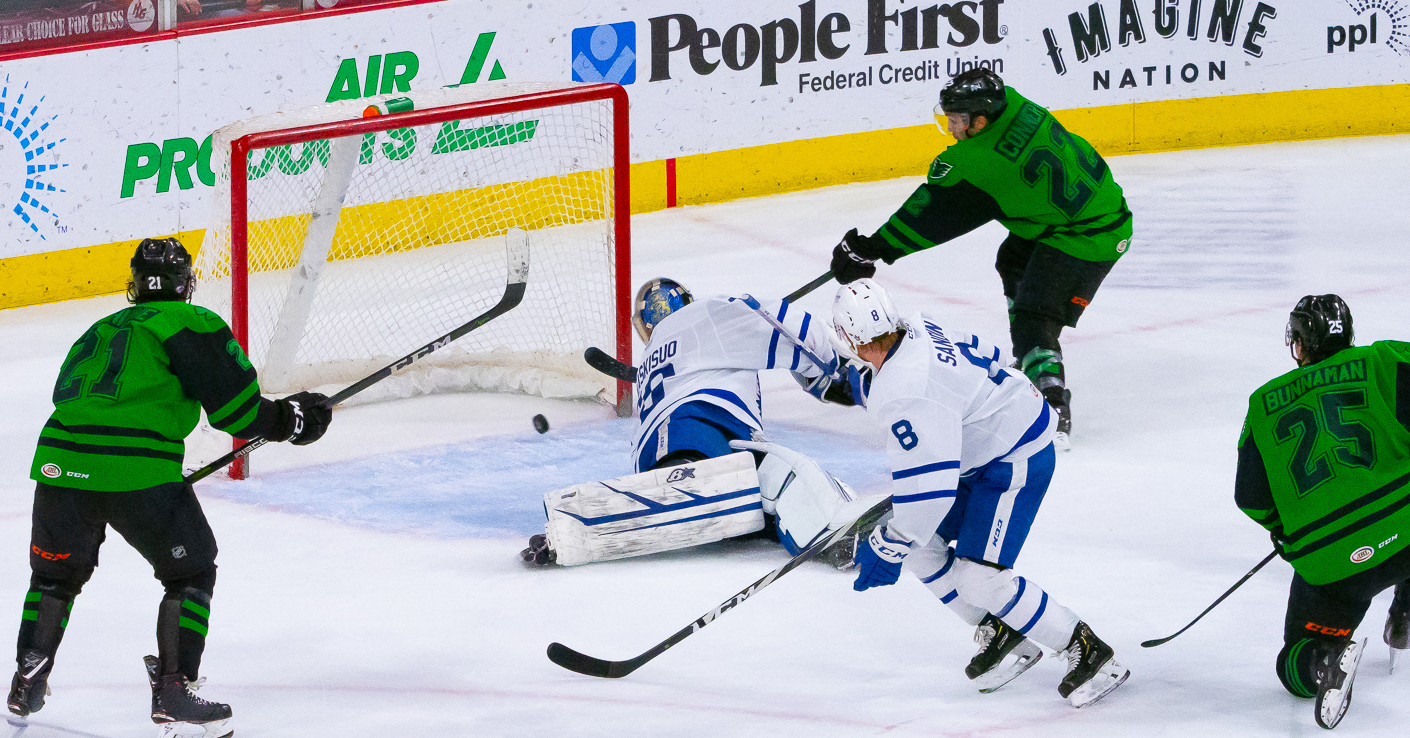 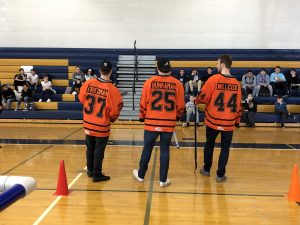 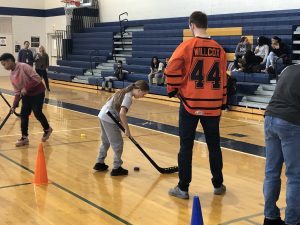 On Saturday, the Phantoms hosted their third Very Important Phantom of the season, welcoming Cullen, a 9-year-old boy diagnosed with Hodgkin’s Lymphoma to PPL Center. Prior to his diagnosis, Cullen played ice hockey and loved it. He is a huge Flyers and Phantoms fan. He was given a tour of the Phantoms locker room before enjoying the game. He is currently undergoing treatment at Children’s Hospital of Philadelphia.

On Tuesday, Connor Bunnaman, Reece Willcox, and Mark Friedman took part in the Phantoms Fit program at Broughal Middle School in Bethlehem. They taught the kids some different hockey skills, including passing and shoot drills, and the school received brand new floor hockey equipment to use courtesy of Phantoms Charities. 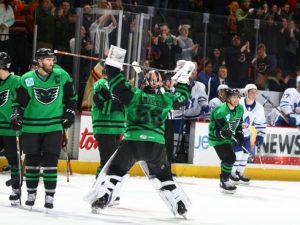 Wednesday, March 13, 2019 –
LV Phantoms 1, WBS Penguins 4
The Phantoms were unable to pick up back-to-back Wednesday wins, falling to the Wilkes-Barre/Scranton Penguins on Wednesday. Lehigh Valley is 7-2 in Wednesday games this season. Byron Froese scored his second goal for Lehigh Valley.

Friday, March 15, 2019 –
LV Phantoms 3, Providence Bruins 5
Lehigh Valley made a strong comeback effort, but eventually ran out of time on Friday against Providence. Connor Bunnaman and Greg Carey both scored in the final two minutes and David Kase scored his first goal since returning from injury.

Sunday, March 16, 2019 –
LV Phantoms 4, Toronto Marlies 3
A thrilling game on Saturday ended with a Chris Conner game-winning goal with 0.5 seconds remaining on the clock. Tyrell Goulbourne scored twice, and Reece Willcox added one as well as Mike McKenna made 37 saves in the victory. 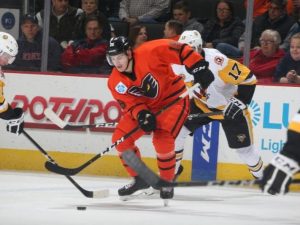 Friday, March 22, 2019
Vs. W-B/Scranton Penguins – Mohegan Sun Arena
The Lehigh Valley Phantoms will finally have a full week of rest as they don’t play again until Friday. The Phantoms will kick off a home-and-home series with the Wilkes-Barre/Scranton Penguins on the road Friday night. Lehigh Valley is 3-2 in Wilkes-Barre this season and Friday will be the final trip up the Pennsylvania Turnpike this year.

Saturday, March 23, 2019
Vs. W-B/Scranton Penguins – PPL Center
The second half of the home-and-home with the Penguins will be Saturday night at the PPL Center. T.J. Brennan has led the way for the Phantoms in the rivalry matchup, totaling seven points (2g, 5a) in seven games against the Wilkes-Barre/Scranton Penguins. 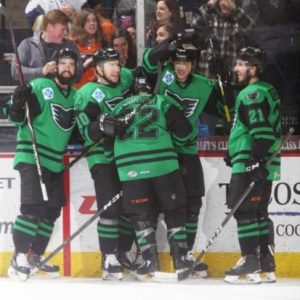 Beat The Clock
Chris Conner played the hero Saturday, giving the Phantoms a thrilling 4-3 victory over Toronto with his game-winning goal as time expired. 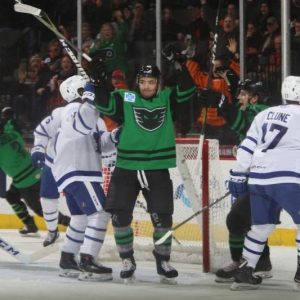 Gilly Gilly
Tyrell Goulbourne loves scoring in pairs. He picked up his third two-goal game of the season after lighting the lamp twice on Saturday against the Toronto Marlies. 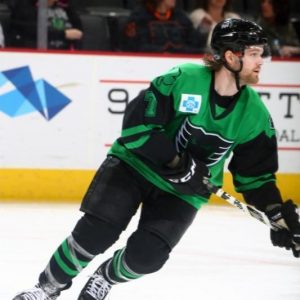 Sharing is Caring
Known more as a stay-at-home defender, Zach Palmquist has been contributing more on offense recently. He picked up his first multi-point game of the season with two assists in Saturday’s win.