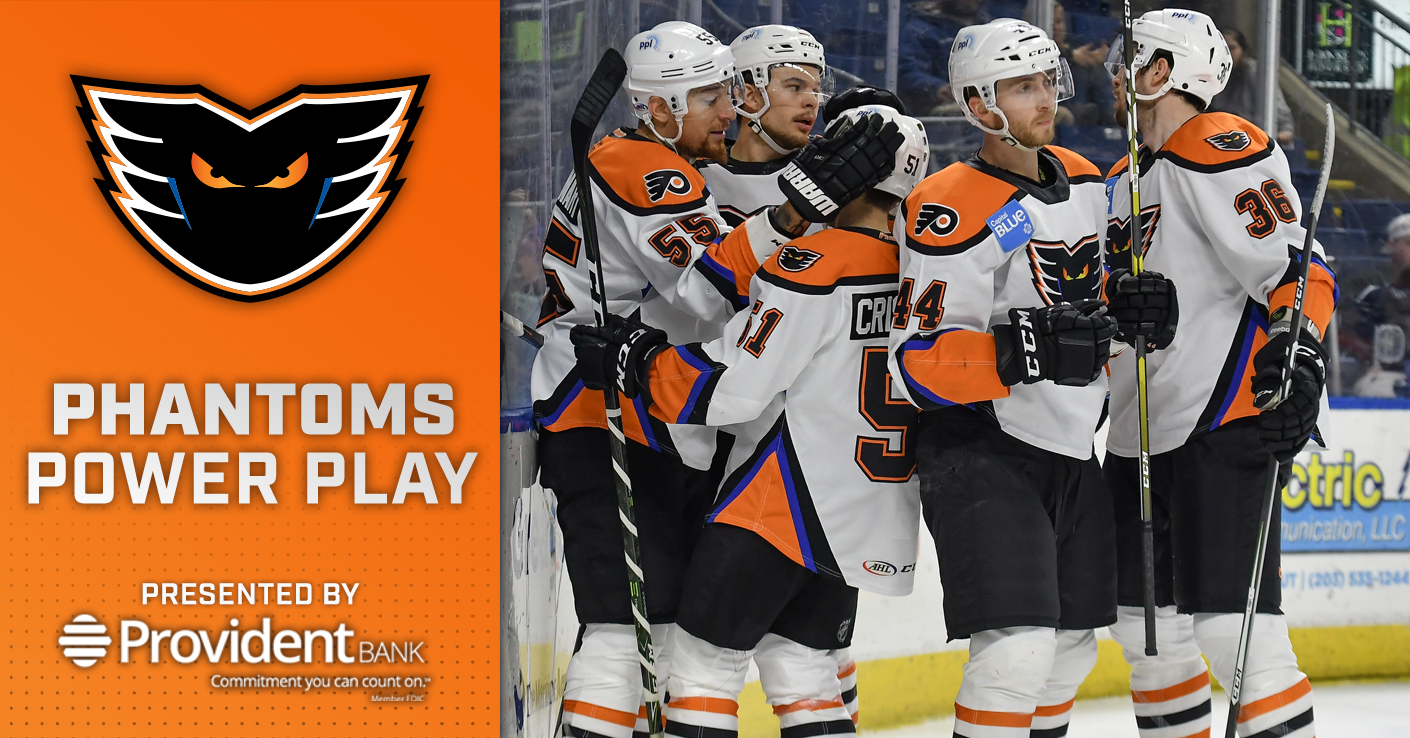 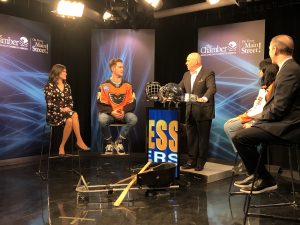 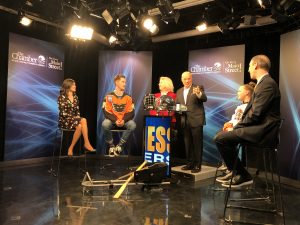 Phantoms owner Jim Brooks, Director of Phantoms Charities Jennifer Keeble, and forward Pascal Laberge were the subject of an episode of Business Matters with Tony Iannelli on WFMZ-TV to talk about the Phantoms Charities Sled Hockey team and the great atmosphere and opportunity that it provides kids with mobility issues to be part of a team and to try something new. The episode will air on Monday, March 9 at 7:30 PM on WFMZ-TV.

Wednesday, February 19, 2020 –
LV Phantoms 8, Bridgeport Sound Tigers 5
Lehigh Valley made the final trip to Bridgeport for a mid-week matchup on Wednesday night. The Phantoms offense came to life as they scored a season-high eight goalsy, including a pair each from Greg Carey and Carsen Twarynski. J-F Berube came on in relief of Alex Lyon and made 32 saves to earn the win in his final game with the Phantoms.

Friday, February 21, 2020 –
LV Phantoms 2, Rochester Americans 3 (OT)
Kurtis Gabriel and Mikhail Vorobyev both found the back of the net Friday night to help the Phantoms earn a point in their lone trip to Rochester this season. The Americans eventually got the win in overtime in the final meeting between the two teams this year.

Saturday, February 22, 2020 –
LV Phantoms 1, Syracuse Crunch 2
The Phantoms road trip came to a conclusion on Saturday night with a 2-1 loss to the Syracuse Crunch. Kirill Ustimenko was terrific in net, making 36 saves on 38 shots but Carsen Twarynski’s goal with 58 seconds left was the only tally for Lehigh Valley. 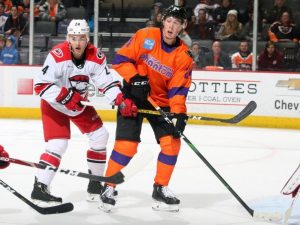 Friday, February 28, 2020
vs. Charlotte Checkers – PPL Center
The Charlotte Checkers will head to Allentown for two games this weekend, starting Friday night at PPL Center. The Phantoms will wear specialty Miracle on Ice themed jerseys as we celebrate the 40th anniversary of the 1980 Olympic team. The Phantoms are 2-0 at home this season against the Checkers with a 3-2 win on November 20 and a 5-4 overtime victory on November 22

Saturday, February 29, 2020
vs. Charlotte Checkers – PPL Center
The Miracle on Ice celebration will continue on Saturday in a rematch against the Charlotte Checkers. United States Assistant Coach, Craig Patrick will drop the ceremonial puck and the Olympic style jerseys will be auctioned off after the game. The Checkers enter the weekend in fourth place in the Atlantic Division 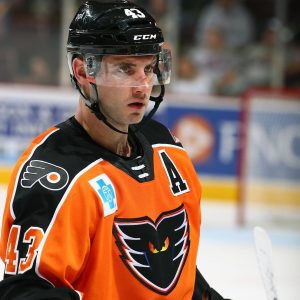 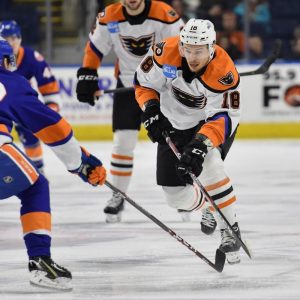 Start the Car
After missing 15 games with injury and returning on February 15, Carsen Twarynski has scored three goals in the last three games and now has 10 points (5G, 5A) in 25 games this season. 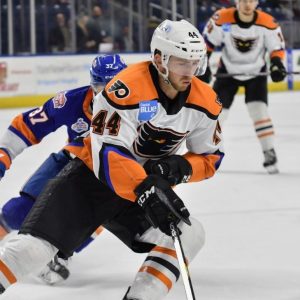 Reece Lightning
Phantoms defenseman Reece Willcox had a career-best three assists and was a +5 during Wednesdays 8-5 win over the Bridgeport Sound Tigers. +5 is the best mark for a Phantoms player this season.