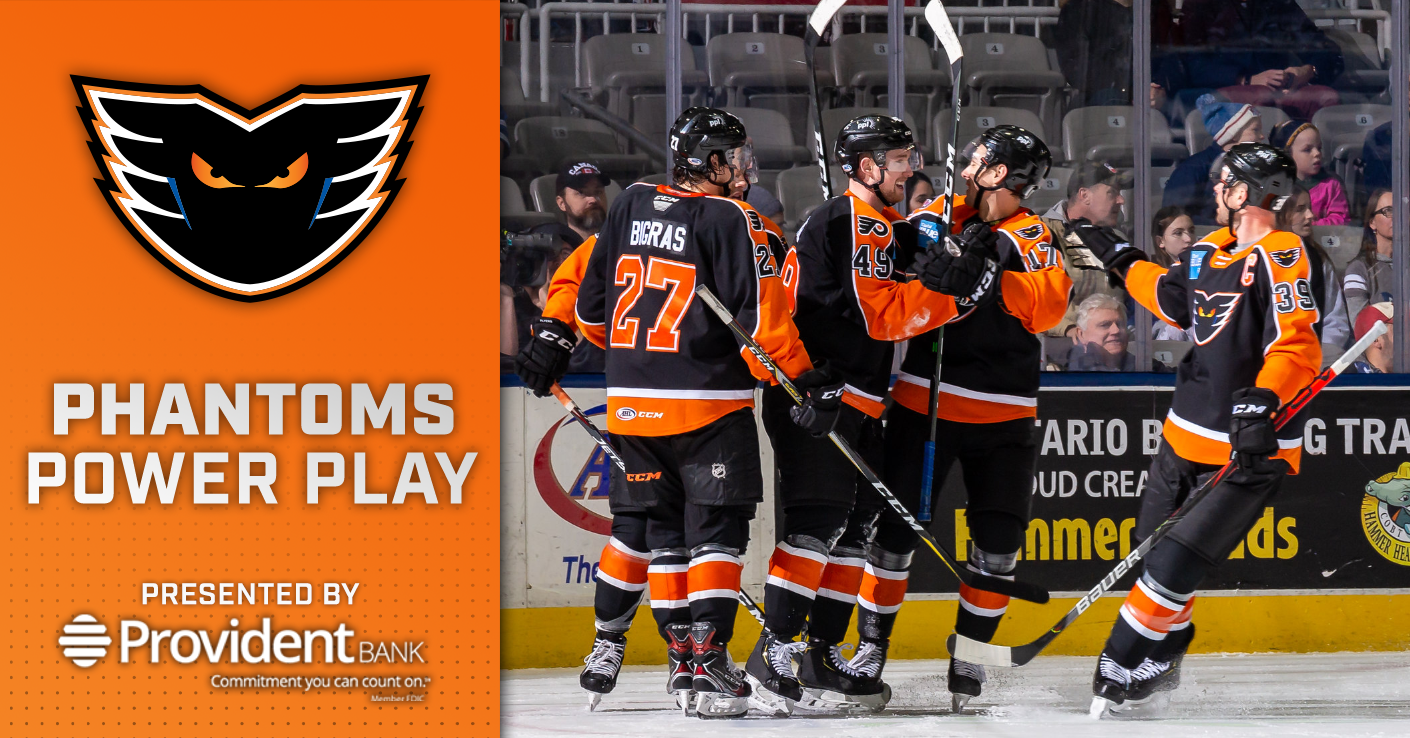 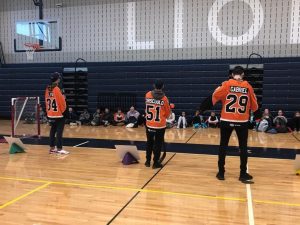 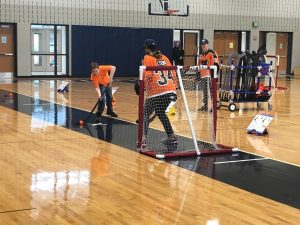 The Lehigh Valley Phantoms and Phantoms Charities held their first Phantoms Fit program of the year at Nitschmann Middle School today as Kurtis Gabriel, Alex Lyon and Kyle Criscuolo helped deliver floor hockey equipment that we are donating to the school and showed the kids some drills and games they can play with their new hockey equipment. Tomorrow Reece Willcox, Connor Bunnaman and Gerry Fitzgerald will be bringing equipment to Salisbury Middle School for another Phantoms Fit program. 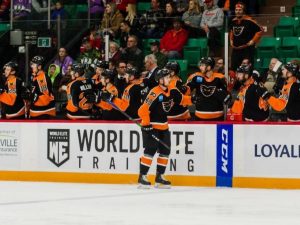 Friday, January 3, 2020 –
LV Phantoms 0, Laval Rocket 4
The Lehigh Valley Phantoms kicked off 2020 with a 3-in-3 road trip to Canada, beginning Friday night in Laval. Cayden Primeau made 20 saves for Laval as they shutout the Phantoms 4-0.

Saturday, January 4, 2020 –
LV Phantoms 3, Belleville Senators 5
Lehigh Valley was able to get off to a 2-0 lead on Saturday thanks to goals from Pascal Laberge and Maksim Sushko but Belleville was able to fight back and score three-straight. Connor Bunnaman scored to give Lehigh Valley the lead back but the Senators ended up with a 5-3 victory.

Sunday, January 5, 2020 –
LV Phantoms 4, Toronto Marlies 2
The Phantoms picked up their first win of 2020 as they took down Toronto 4-2 on Sunday afternoon. Gerry Fitzgerald, Pascal Laberge, Connor Bunnaman and Morgan Frost all scored for Lehigh Valley as Alex Lyon made 25 saves on 27 shots in the win. 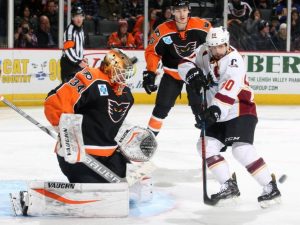 Friday, January 10, 2020
vs. Utica Comets – Adirondack Bank Center
The four-game road trip will conclude on Friday in Utica for the final meeting against the Utica Comets. Utica currently sits in second place in the North Division with 44 points and picked up a 4-2 win against the Phantoms on December 28 at PPL Center.

Saturday, January 11, 2020
vs. Laval Rocket – PPL Center
The Phantoms will return home for the first time of 2020 to face the Laval Rocket for the final time this season and a quick rematch after last Friday’s contest. Laval is currently fifth in the North with a 19-14-3-1 record and 42 points.

Sunday, January 12, 2020
vs. Cleveland Monsters – PPL Center
Lehigh Valley will conclude their third 3-in-3 weekend in a row with a Sunday afternoon game against the Cleveland Monsters. It will be the first of four games against the Monsters who sit seventh in the North with a 17-15-1-2 record and have 37 points. 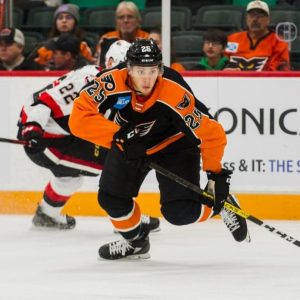 Bunny Breaks Out
Last year’s second leading scorer, Connor Bunnaman, scored his second goal of the season and first since December 4 on Saturday. He then quickly added his third of the season, scoring in back-to-back games with another tally on Sunday. 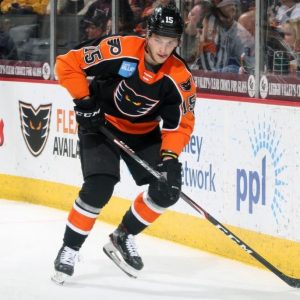 Max Effort
Maksim Sushko has shown a solid two-way game during his rookie season and currently leads Lehigh Valley with a +11 rating. The next highest current Phantom is a +3. His +11 mark is also tied for 5th among all AHL rookies. 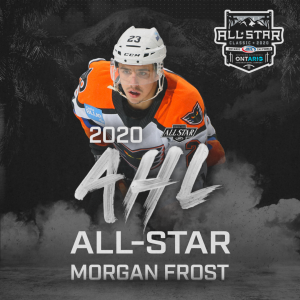 Cali Getting Frosty
Rookie forward Morgan Frost was named to the 2020 AHL All-Star Classic in Ontario, California and has posted 14 points in 19 games for Lehigh Valley. He ranks 3rd on the team in goals and points. He has also played 18 games in the NHL for Philadelphia.