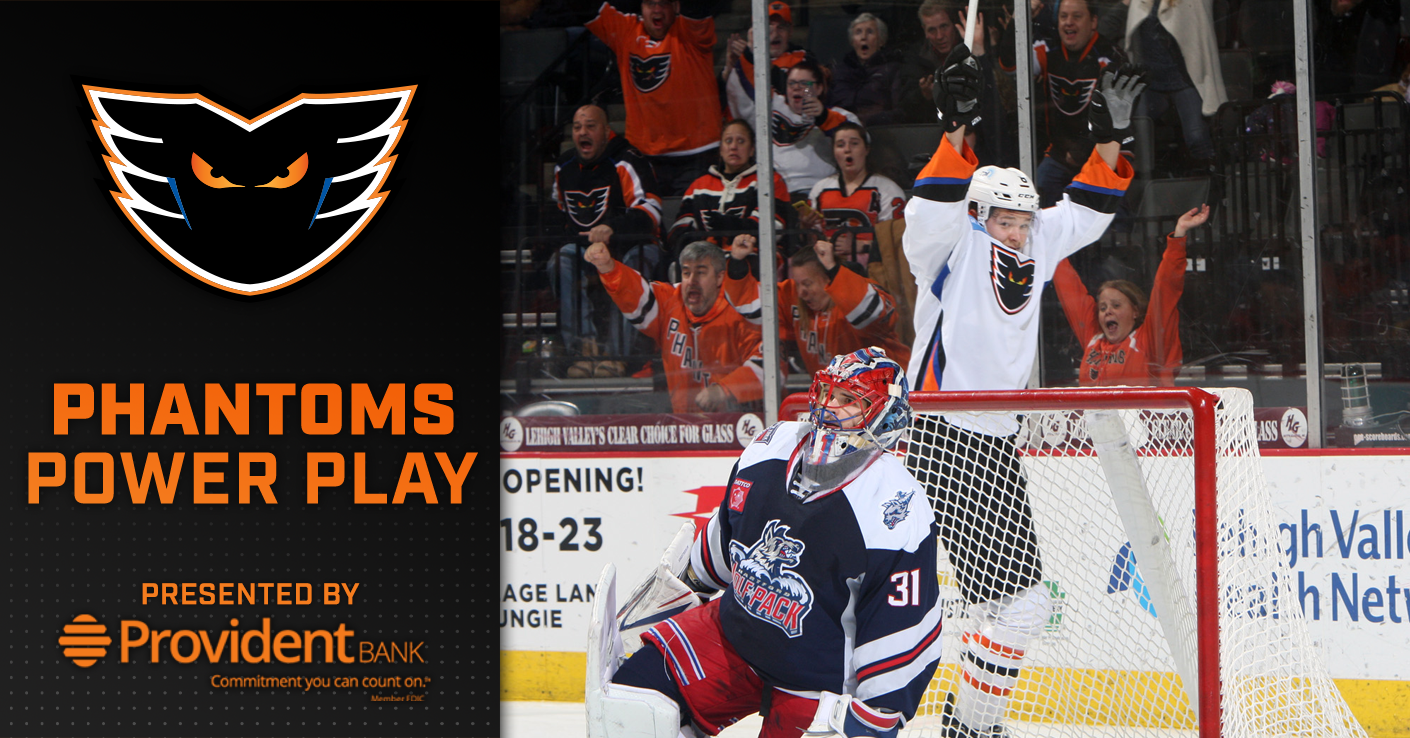 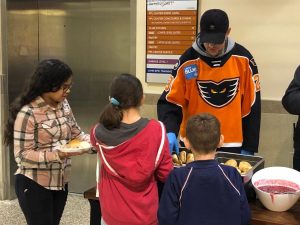 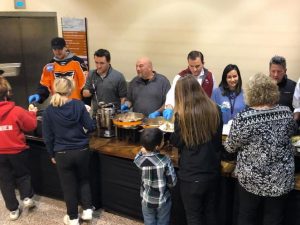 The PPL Center hosted the families of the Valley Youth House for a special thanksgiving dinner last week. Phantoms and arena staff stayed late to help serve thanksgiving dinner to about 150 people in attendance and even Lehigh Valley Phantoms forward Kurtis Gabriel offered to stay and help as well. 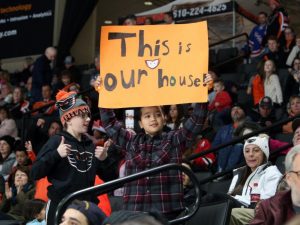 Wednesday, November 27, 2019 –
LV Phantoms 2, WBS Penguins 6
The Phantoms fell in a tough one on Wednesday night against the Wilkes-Barre/Scranton Penguins with a 6-2 loss in their second trip to Mohegan Sun Arena this season. Tyler Wotherspoon scored his first as a Phantom and Pascal Laberge got his second but the Penguins scored two goals in each period to secure the victory on Thanksgiving eve.

Friday, November 29, 2019 –
LV Phantoms 6, WBS Penguins 5 (OT)
Lehigh Valley came out flying in the rematch Friday night, scoring four goals in the first period, the most in a period this season. The Phantoms went up 5-0 before the Penguins began to fight back, and had an equally impressive period, potting four in the third to tie the game 5-5 and force overtime. T.J. Brennan scored the overtime winner to secure the two points for the Phantoms in thrilling fashion.

Saturday, November 30, 2019 –
LV Phantoms 2, Hartford Wolf Pack 1 (OT)
The Phantoms and Hartford Wolf Pack played a goaltender battle on Saturday night that extended into overtime for the second consecutive night. After each team was only able to light the lamp once in regulation, Andy Welinski scored his second overtime winner this season to win it 2-1 for the Phantoms in their first meeting against the first place Wolf Pack. 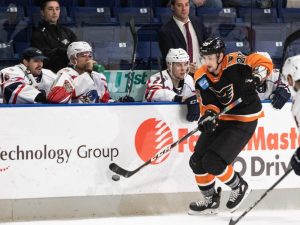 Wednesday, December 4, 2019
vs. Springfield Thunderbirds – MassMutual Center
The Phantoms will make their second and final trip to Springfield this year, after they fell 2-1 in a Wednesday morning game on November 13. Greg Carey scored the only Lehigh Valley goal and Alex Lyon made 33 saves but Chris Driedger was able to save 41 of the Phantoms 42 shots to get the Thunderbirds the win.

Friday, December 6, 2019
vs. Hershey Bears – PPL Center
The Hershey Bears will make another trip to PPL Center for the start of a home-and-home weekend starting on Friday night in Allentown. The Phantoms will host Pink in the Rink Night against Hershey and Lehigh Valley won the last meeting in Allentown 3-2 with an overtime victory thanks to an Andy Welinski goal.

Saturday, December 7, 2019
vs. Hershey Bears – Giant Center
Lehigh Valley will rematch Hershey on Saturday as they make their second trip to Giant Center this year after they fell in a shootout 3-2 on November 10. J-F Berube was excellent, even in defeat, making 35 saves on 37 shots for the Phantoms. 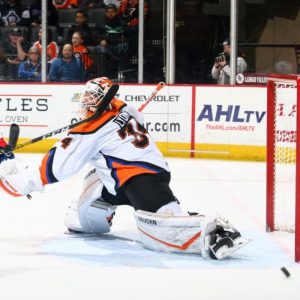 Not For the Faint of Heart
Through the Phantoms first 22 games, 16 of them have been decided by just one goal, which leads all AHL teams and is at least two games more than any other team. Lehigh Valley’s nine overtime games is the second most in the AHL, trailing only Hartford. 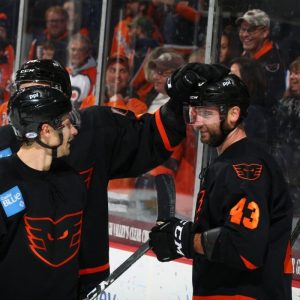 Mr. OT
T.J. Brennan scored the overtime winner for Lehigh Valley on November 29 and it marked his fifth OT winner for the Phantoms, tying him for second in franchise history with Peter White. Only John Slaney had more with six. 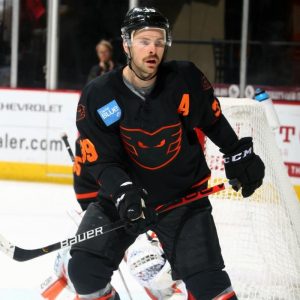