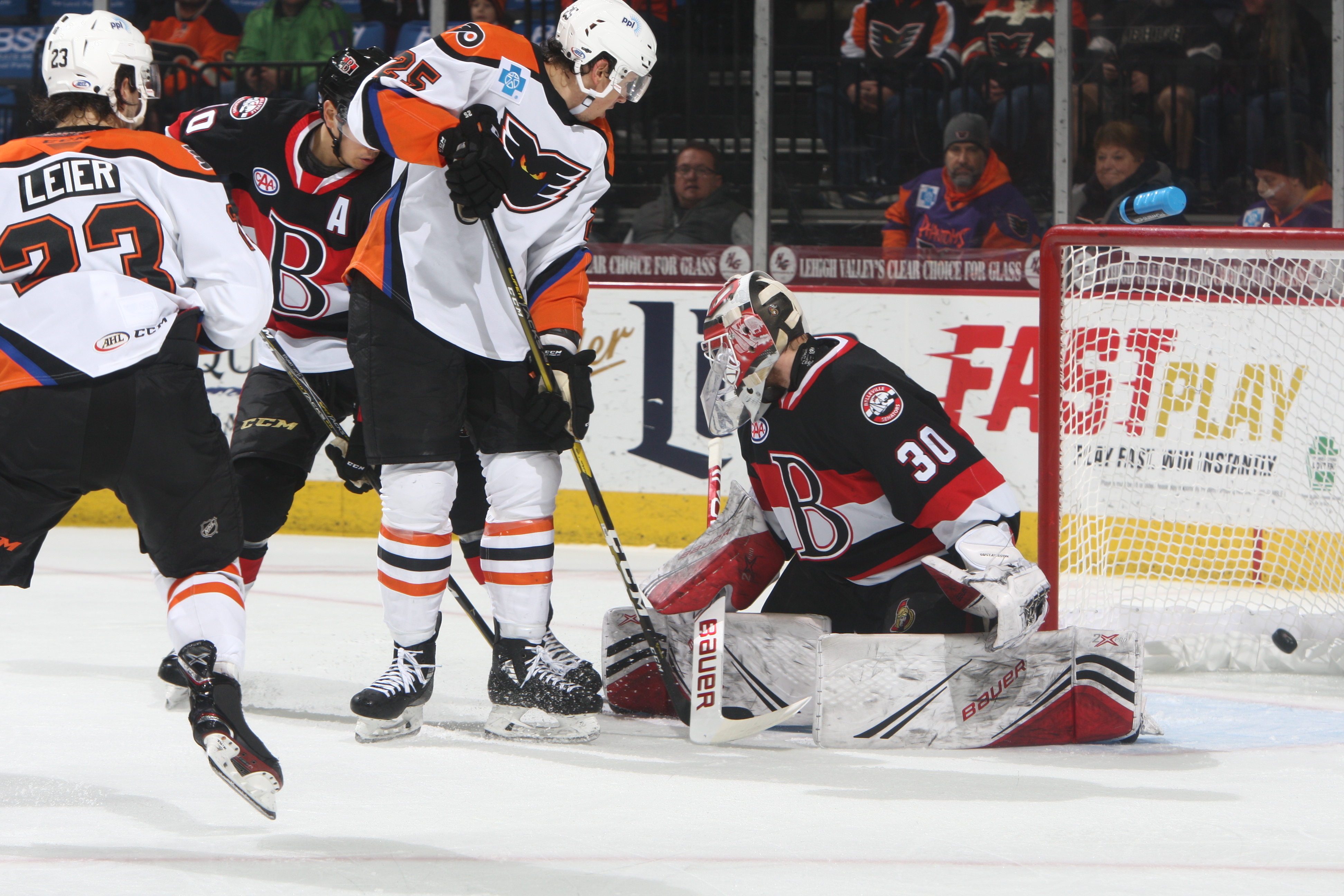 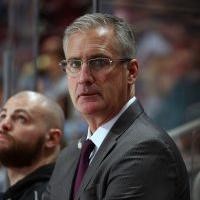 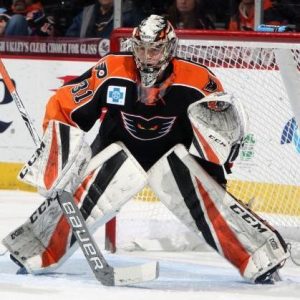 Carter Called-Up
Carter Hart earned his first NHL recall on Monday when the Flyers called-up the rookie netminder. Carter holds a 9-5-2 record through 17 games with Lehigh Valley and has a 3.05 GAA and a .901 save percentage. 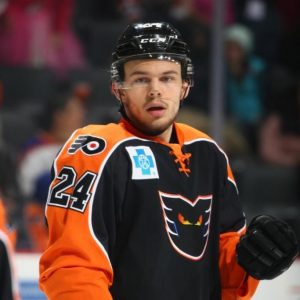 Two for Twarynski
Carsen Twarynski scored his first multi-goal game on Friday, Dec. 14th with two goals against the Belleville Senators to help lead the Phantoms to a 4-1 victory. 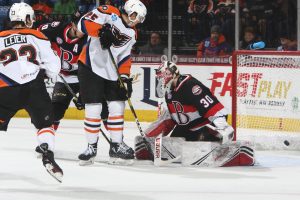 Friday, December 14, 2018 –
Lehigh Valley Phantoms 4, Belleville Senators 1
The Phantoms defeated Belleville on Friday Night 4-1 in the Senators only visit to the PPL Center this year and completed the 2-game season sweep of Belleville. Carter Hart earned his 4th straight win as they got goals from Greg Carey, Connor Bunnaman, and two from Carsen Twarynski to earn their 15th victory of the season.
Saturday, December 15, 2018 –
Lehigh Valley Phantoms 2, WBS Penguins 5
Philip Samuelsson and Mike Vecchione each scored for Lehigh Valley on Saturday in a 5-2 loss to the Wilkes-Barre/Scranton Penguins. 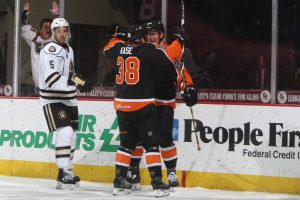 Wednesday, December 19, 2018
vs. Hershey Bears – PPL Center
The Hershey Bears will make the short trip to the PPL Center on Wednesday as the Phantoms look to make it 3-0 at home against the Bears this season. Greg Carey leads the Phantoms with 4 points (2G, 2A) in 3 games against Hershey this year.
Friday, December 21, 2018
vs. Syracuse Crunch – PPL Center
Lehigh Valley will take on the Syracuse Crunch for the first of two meetings this season. The home team won each of the meetings last year. PROMOTION: WIZARD NIGHT
Saturday, December 22, 2018
vs. Hershey Bears – Giant Center
The weekend wraps up on Saturday with a trip to Hershey for another faceoff with the Bears. 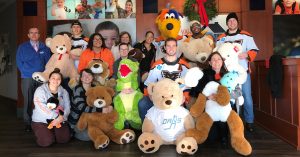 Monday, December 10, 2018: Connor Bunnaman, Greg Carey, and T.J. Brennan helped the Phantoms donate 7,148 Teddy Bears from the 2018 Teddy Bear Toss night to the Valley Youth House to be distributed to children across the Lehigh Valley.
Tuesday, December 11, 2018: Carter Hart and Reece Willcox helped with the Phantoms Fit program at Harrison-Morton Middle School in Allentown.
Taylor Leier and T.J. Brennan visited LHVN Reilly Children’s Hospital to spread some holiday cheer.
Wednesday, December 12, 2018: We had another Phantoms Fit at Northern Lehigh Middle School in Slatington, PA led by Carsen Twarynski and Philip Samuelsson.
Thursday, December 13, 2018: The big reveal of our Phantoms Charities Building Hope For Kids project after renovating the house for the Martes family in Allentown.