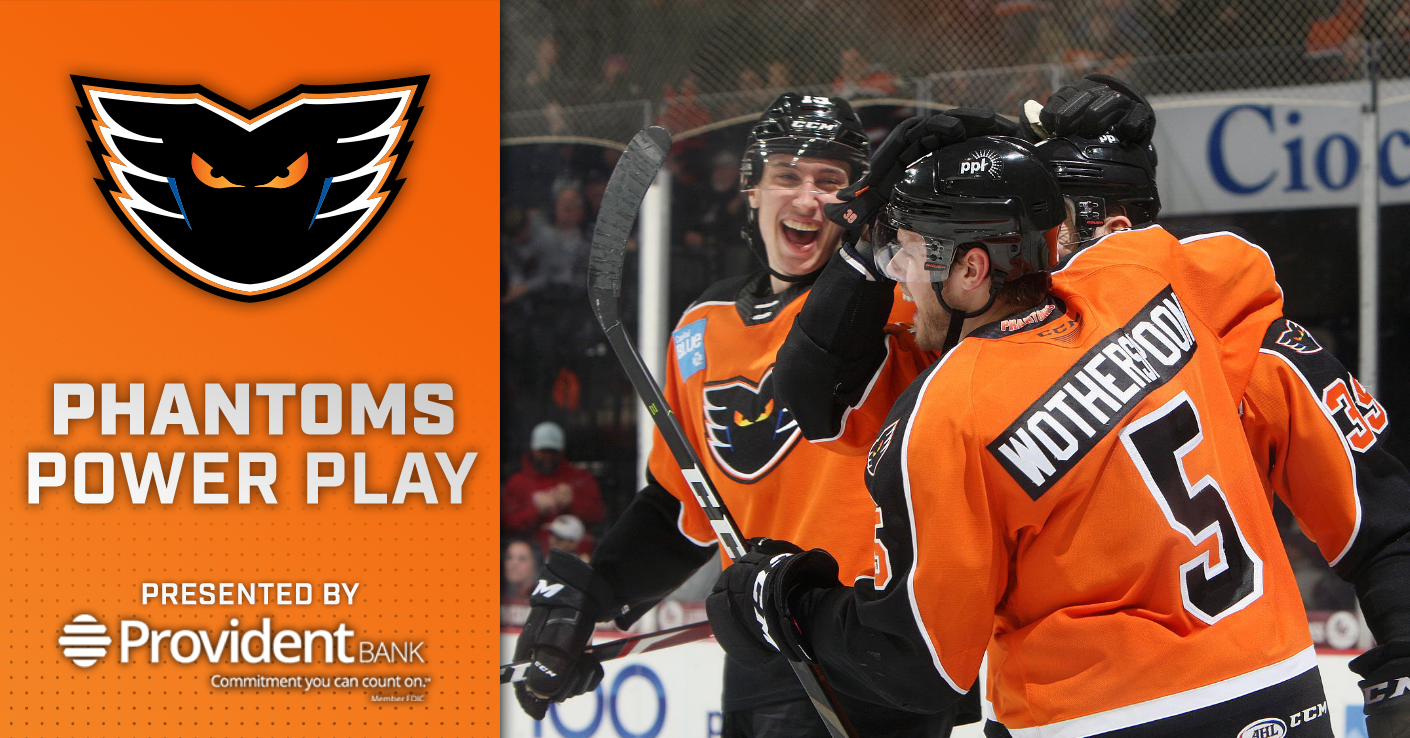 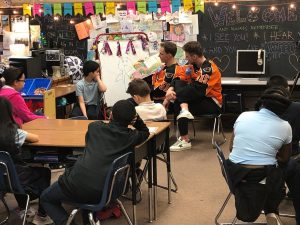 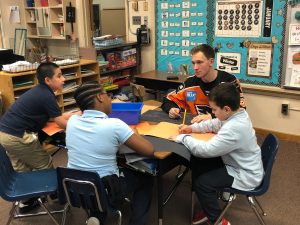 The Lehigh Valley Phantoms have “adopted” a 4th Grade classroom at Cleveland Elementary School in Allentown, just down the street from the PPL Center. When Mrs. Miller’s class reaches certain goals they will earn a reward with a visit from some Phantoms players. After the class showed outstanding behavior both inside and outside the classroom, Kyle Criscuolo and Maksim Sushko stopped by for a visit to answer questions and read a book to the class. 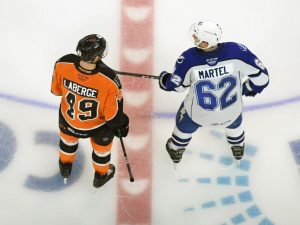 Wednesday, January 15, 2020 –
LV Phantoms 5, Syracuse Crunch 4
The Phantoms continued their homestand on Wednesday with a visit from the Syracuse Crunch for the only time this season. Morgan Frost posted his first professional two-goal performance to lead the way for the Phantoms and Max Willman scored his first AHL goal in a 5-4 victory.

Friday, January 17, 2020 –
LV Phantoms 4, Binghamton Devils 1
Lehigh Valley kept the home success going with a 4-1 win over Binghamton Friday night. Isaac Ratcliffe, German Rubtsov, Nate Prosser and Kurtis Gabriel all found the back of the net as J-F Berube made 25 saves in the win.

Saturday, January 18, 2020 –
LV Phantoms 4, Rochester Americans 0
The Phantoms concluded the week with their fifth-straight win as J-F Berube picked up his second shutout of the week with a 20 save performance in a 4-0 win over Rochester. Greg Carey scored two goals and Max Willman and Mikhail Vorobyev also picked up goals to finish out the homestand. 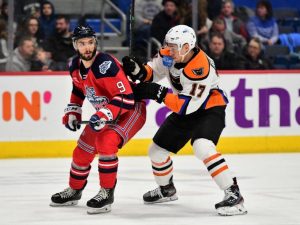 Wednesday, January 22, 2020
vs. Providence Bruins – Dunkin’ Donuts Center
The Phantoms will head back on the round looking to extend their winning streak to six tomorrow against the Providence Bruins. It will be the first trip to Providence of the season start of five-straight road games. Providence currently sits in fourth place in the Atlantic Division with a 23-16-2-2 record.

Friday, January 24, 2020
vs. Providence Bruins – Dunkin’ Donuts Center
Lehigh Valley and Providence will faceoff again on Friday night with the second of three meetings in Rhode Island this season. The Phantoms have played the Bruins once at home this year, falling 3-0 in the home opener back on October 5. The Phantoms went on to tally points in eight straight games after their loss to Providence in the opener. 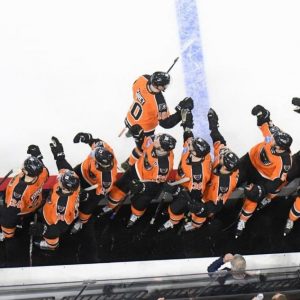 Keep it 100
With two-goals on Saturday, Greg Carey became the first player to score 100 goals for the Lehigh Valley Phantoms. The mark also tied him with Kirby Law for third in Phantoms overall franchise history in goals. 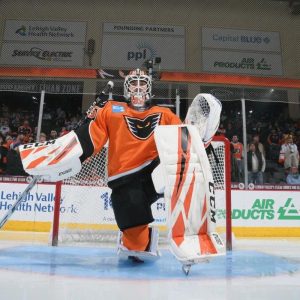 Beru-bae
Goaltender J-F Berube picked up his second shutout of the season, and second of the week with 20-saves on Saturday. He currently ranks ninth in the AHL with a 2.43 goals-against average. 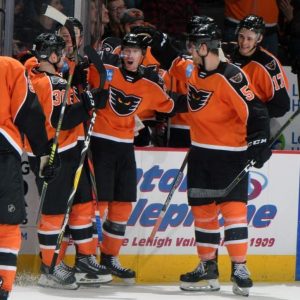 Slick Willy
Max Willman scored his first AHL goal on Wednesday night against the Syracuse Crunch. He quickly added his second on Saturday against Rochester. Willman has played 10 games with the Phantoms since signing a PTO on December 19.