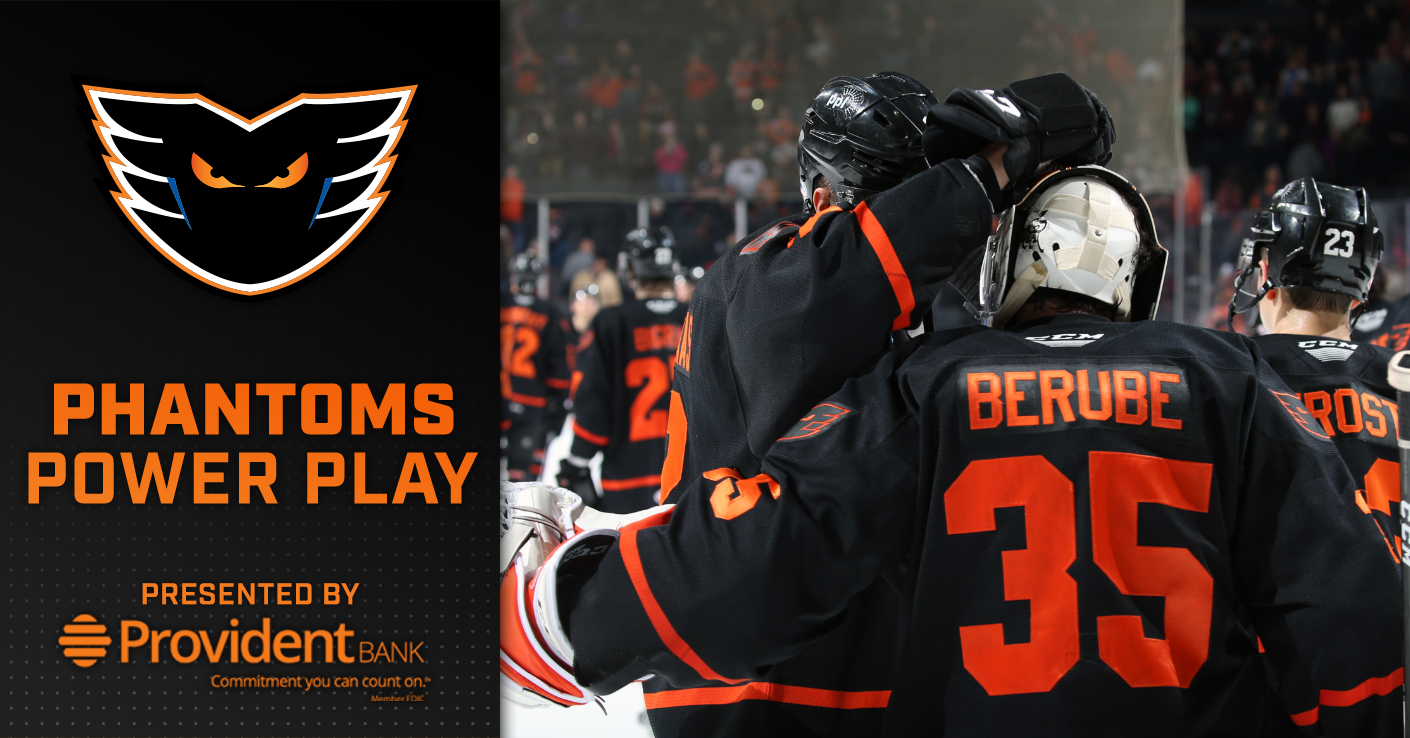 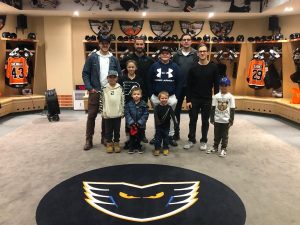 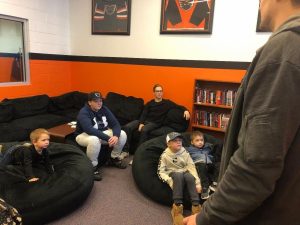 The Phantoms welcomed some kids from the Pediatric Cancer Foundation of Lehigh Valley and their families last week for a special locker room tour and a chance to meet and hang out with Phantoms players T.J. Brennan, Kyle Criscuolo, Kurtis Gabriel and Tyler Wotherspoon. The kids got their very own locker set up and were even able to hang out in the player lounge with the guys. 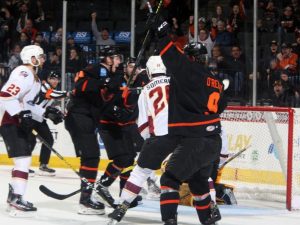 Friday, January 10, 2020 –
LV Phantoms 2, Utica Comets 5
The Phantoms fell in their only trip to Utica this season on Friday night. Connor Bunnaman scored for the third straight game but a Justin Bailey hat trick gave the Comets a 5-2 win.

Saturday, January 11, 2020 –
LV Phantoms 2, Laval Rocket 0
Alex Lyon bounced back on Saturday and was sensational, making 37 saves for his first shutout of the season and sixth of his career, the most of any player in Lehigh Valley history. Kyle Criscuolo and Tyler Wotherspoon found the back of the net to give the Phantoms a 2-0 win in their first home game of 2020.

Sunday, January 12, 2020 –
LV Phantoms 2, Cleveland Monsters 0
The Phantoms secured back-to-back shutouts as J-F Berube made 35 saves to blank his former team on Sunday afternoon. Cal O’Reilly broke the tie with 2:14 left in the game and Maksim Sushko sealed it with an empty netter to give Lehigh Valley a 2-0 win over Cleveland. 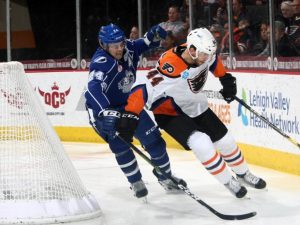 Wednesday, January 15, 2020
vs. Syracuse Crunch – PPL Center
The Phantoms will remain at home this week as they face a trio of North Division opponents starting with the Syracuse Crunch on Wednesday. The Crunch currently sit in sixth in the North with a 18-16-2-2 record. Lehigh Valley went 0-1-1 against Syracuse last year.

Friday, January 17, 2020
vs. Binghamton Devils – PPL Center
Lehigh Valley will kick off Racing Weekend on Friday against the Binghamton Devils. The Devils are currently in last place in the North Division and the Phantoms came away with a 4-1 win in the first meeting at PPL Center led by a pair of goals from Andy Andreoff.

Saturday, January 18, 2020
vs. Rochester Americans – PPL Center
The Phantoms conclude their stretch of playing nine games against North Division opponents in a row on Saturday against the Rochester Americans. Rochester enters the weekend in second place in the North Division but Lehigh Valley went 2-0 against the Amerks last season including a thrilling overtime winner by Pascal Laberge to complete his first pro hat trick on March 27, 2019. 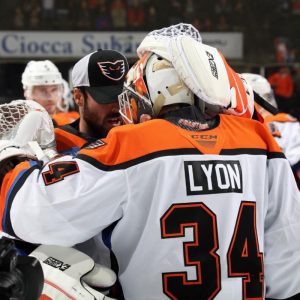 Brady’s Boys
Alex Lyon and J-F Berube combined for back-to-back shutouts this weekend as they each picked up their first shutout of the season. Goaltender Development Coach, Brady Robinson has helped both Phantoms goalies to currently be ranked in the top 15 of goals against average among all AHL netminders. 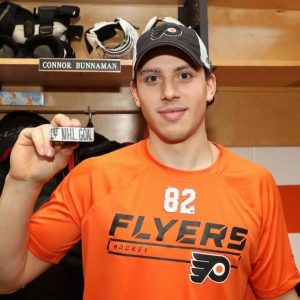 Bunny Hoppin’
After getting off to a slow start and battling injuries in his return to Lehigh Valley, Connor Bunnaman finally got going and tallied points in four straight games including scoring in three consecutive games. His hot stretch helped him earn his second NHL recall by the Flyers after he started the season with Philadelphia. He scored his first NHL goal on January 13 against the Boston Bruins. 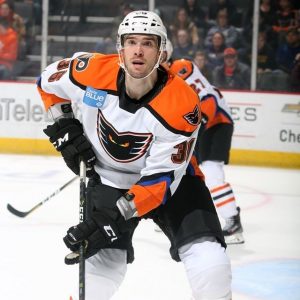 ECHL Defensemen of the Year
On January 11, the Phantoms called up defenseman Eric Knodel from the Reading Royals. The 6-foot-6 blueliner had 26 points in 28 games for Reading and was the 2018-19 ECHL Defenseman of the Year as a member of the Cincinnati Cyclones.