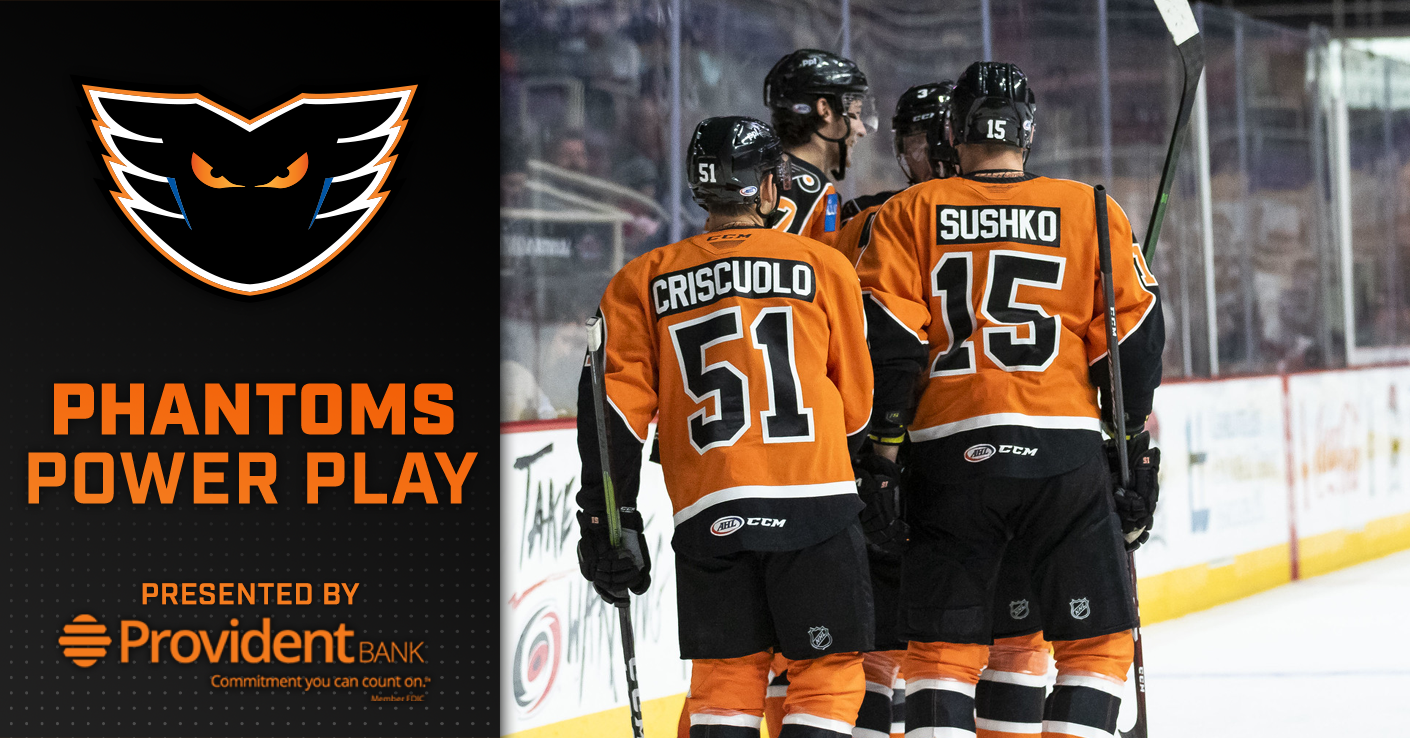 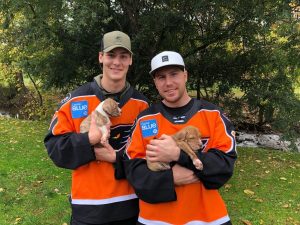 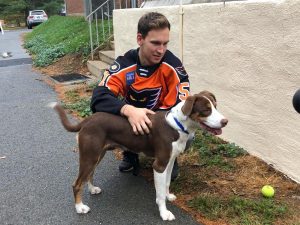 Lehigh Valley Phantoms players took some time to visit their four-legged friends over at the Lehigh County Humane Society. Phantoms players spent time with the dogs available for adoption and took them for walks and gave them plenty of belly rubs. The players also posed for pictures with the animals for a special calendar that will be a giveaway for the first 6,500 fans on December 28, 2019 against the Utica Comets.

For more information on how you can help give a dog a loving home CLICK HERE. 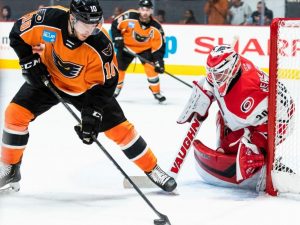 Friday, October 25, 2019 –
LV Phantoms 2, Charlotte Checkers 3 (SO)
The Lehigh Valley Phantoms hit the road for the first time during the 2019-20 season with a trip to Charlotte to take on the defending Calder Cup champions. Morgan Frost and Nic Aube-Kubel each scored in the second straight game as the Phantoms battled back to earn a point but eventually fell in a shootout for the second game in a row.

Saturday, October 26, 2019 –
LV Phantoms 3, Charlotte Checkers 2
The Phantoms extended their points streak to six games with a 3-2 victory on Saturday night against the Checkers. German Rubtsov and Maksim Sushko each tallied their second goal of the season and Greg Carey lit the lamp for the first time this year. J-F Berube made 29 saves to earn his first win with Lehigh Valley. 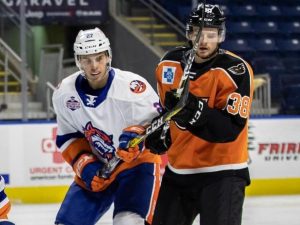 Friday, November 1, 2019
vs. W-B/Scranton Penguins – PPL Center
The Phantoms will return to PPL Center this Friday to take on Wilkes-Barre/Scranton for the second time this season. Lehigh Valley picked up a 4-1 victory against the Penguins on October 11 thanks to goals from Gabriel, Vorobyev, Farabee and Bigras.

Sunday, November 3, 2019
vs. Bridgeport Sound Tigers – Webster Bank Arena
The Phantoms and Sound Tigers will play a back-to-bac series, facing off again Sunday at 5:00. Lehigh Valley went 3-2-1 against Bridgeport last season, and Greg Carey led the way against the Islanders affiliate, posting eight points (5G, 3A) in six games against the Sound Tigers. 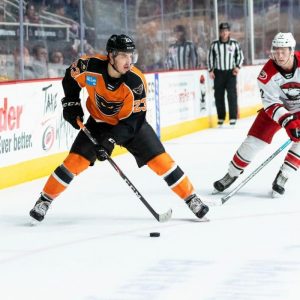 Frost on Fire
Rookie forward Morgan Frost is currently riding a four-game point streak and has six points (2G, 4A) over those four games. He is currently tied for the team lead in points with German Rubtsov. 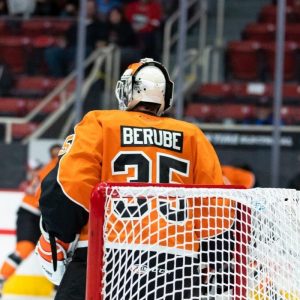 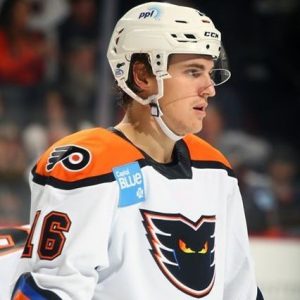 NAK Reaches Milestone
Nicolas Aube-Kubel picked up his 100th AHL point on October 26 with an assist in Charlotte. Aube-Kubel has played 210 AHL games, all with Lehigh Valley and has tallied 47 goals and 53 assists. He is the 7th player in Lehigh Valley history to reach 100 points.