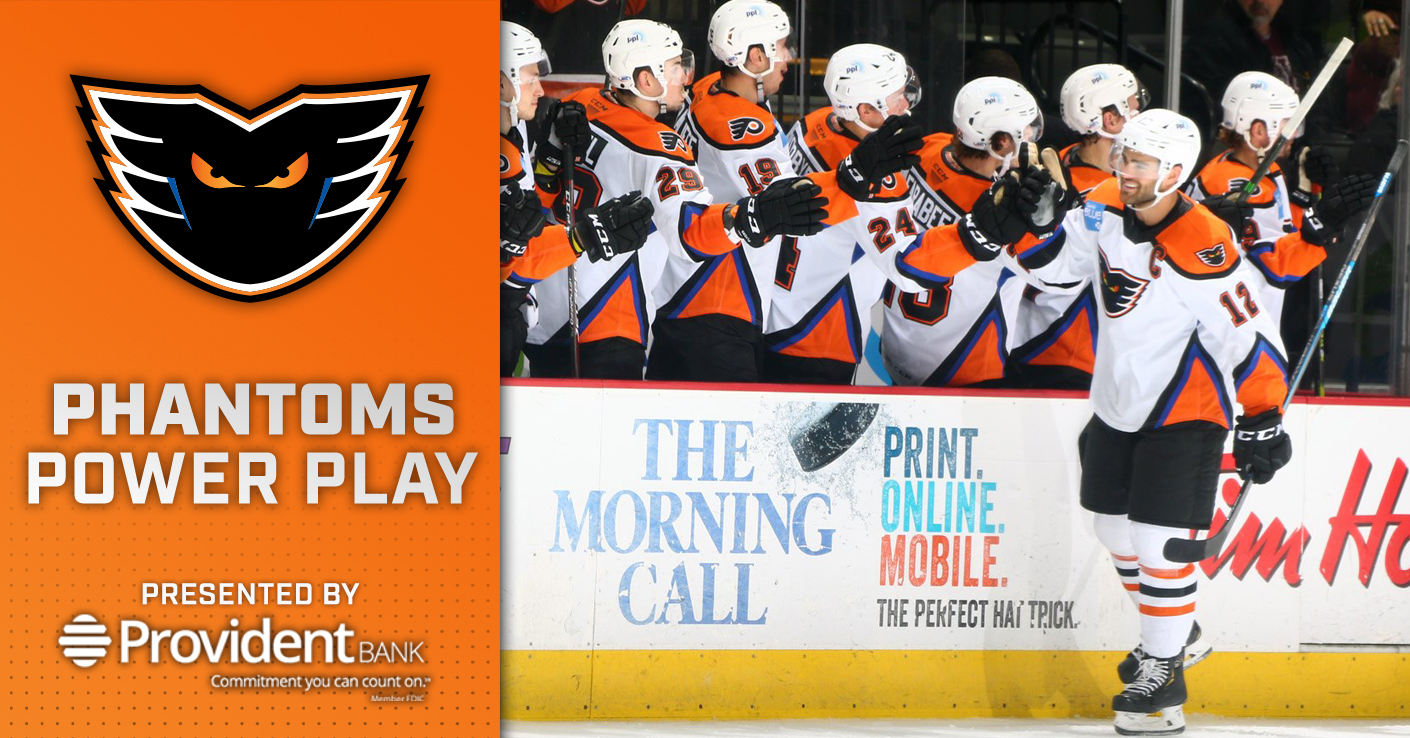 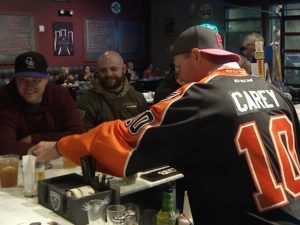 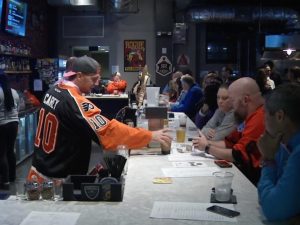 Lehigh Valley Phantoms forward Greg Carey, made a guest bartending appearance at 99 Bottles inside of PPL Center to help raise money for his Real Men Wear Pink Campaign to benefit the American Cancer Society. Greg was able to raise over $1,000 towards his campaign and had a great night with the fans. For the past four years, a member of the Lehigh Valley Phantoms has been chosen to participate in the ACS Real Men Wear Pink Campaign. Together, with the support of the fans, they have managed to raise over $40,000 to help raise awareness for and battle breast cancer. 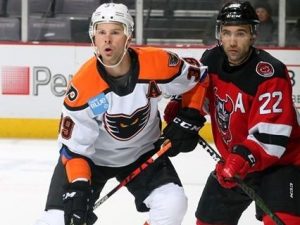 Friday, October 18, 2019 –
LV Phantoms 4, Binghamton Devils 1
The Lehigh Valley Phantoms kicked off the weekend with a dominating 4-1 victory over the Binghamton Devils. Andy Andreoff (2G, 1A) and Morgan Frost (3A) each tallied three point nights and Alex Lyon moved to 2-0 on the season.

Saturday, October 19, 2019 –
LV Phantoms 3, Springfield Thunderbirds 4 (SO)
Lehigh Valley scored two goals in the third period to earn a point in the fourth straight game but eventually fell in a shootout. Morgan Frost scored his first pro goal and Nicolas Aube-Kubel and German Rubtsov each scored their first of the season. 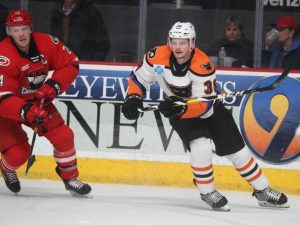 Friday, October 25, 2019
vs. Charlotte Checkers – Bojangles’ Coliseum
The Phantoms will head on the road for the first time this season as they take on the defending Calder Cup Champions in Charlotte this weekend. The Phantoms went 2-6 against the Checkers last season, including 0-4 at Bojangles’ Coliseum but with a new-look Checkers team, will hope to change their luck this year.

Saturday, October 26, 2019
vs. Charlotte Checkers – Bojangles’ Coliseum
Lehigh Valley and Charlotte will finish up a back-to-back on Saturday in the second of their four meetings in Charlotte this season. David Kase found success against the Checkers last season, notching five points (2G, 3A) in just six games against the AHL’s best last season. 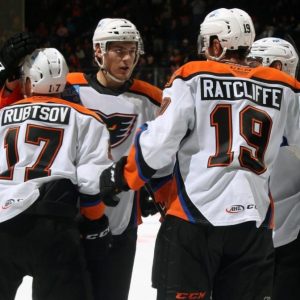 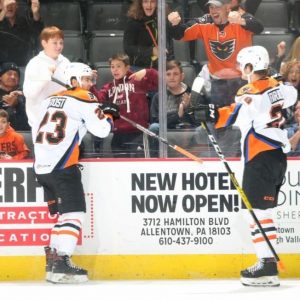 Frost’s First
Morgan Frost scored his first professional goal on Saturday night against the Springfield Thunderbirds. His goal was a follow up to his three assist night on Friday night against Binghamton. 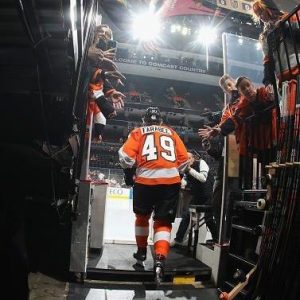 Joel Achieves His Goal
Joel Farabee earned his first NHL recall on Sunday and made his NHL debut on Monday for the Philadelphia Flyers. Farabee notched a point in all four games he spent with Lehigh Valley and leads the team with three goals. He is the third former Phantom to make his NHL debut for the Flyers this season and 24th in Lehigh Valley history.